You are here: Home / Baseball / A fan dressed up like Bryce Harper and the resemblance was eerie

There must have been a lot of confusion on Monday when this gentleman appeared in the stands of Nationals Park before the Washington Nationals took on the Detroit Tigers.

Not Bryce Harper, not creepy at all pic.twitter.com/FsaVlTbCUc

That’s not Bryce Harper, but a fan dressed up to look like Bryce Harper. And he is absolutely killing it. He went the whole nine yards with the uniform, the hair, the beard, and (of course) the eye black. Here’s the real Bryce Harper: 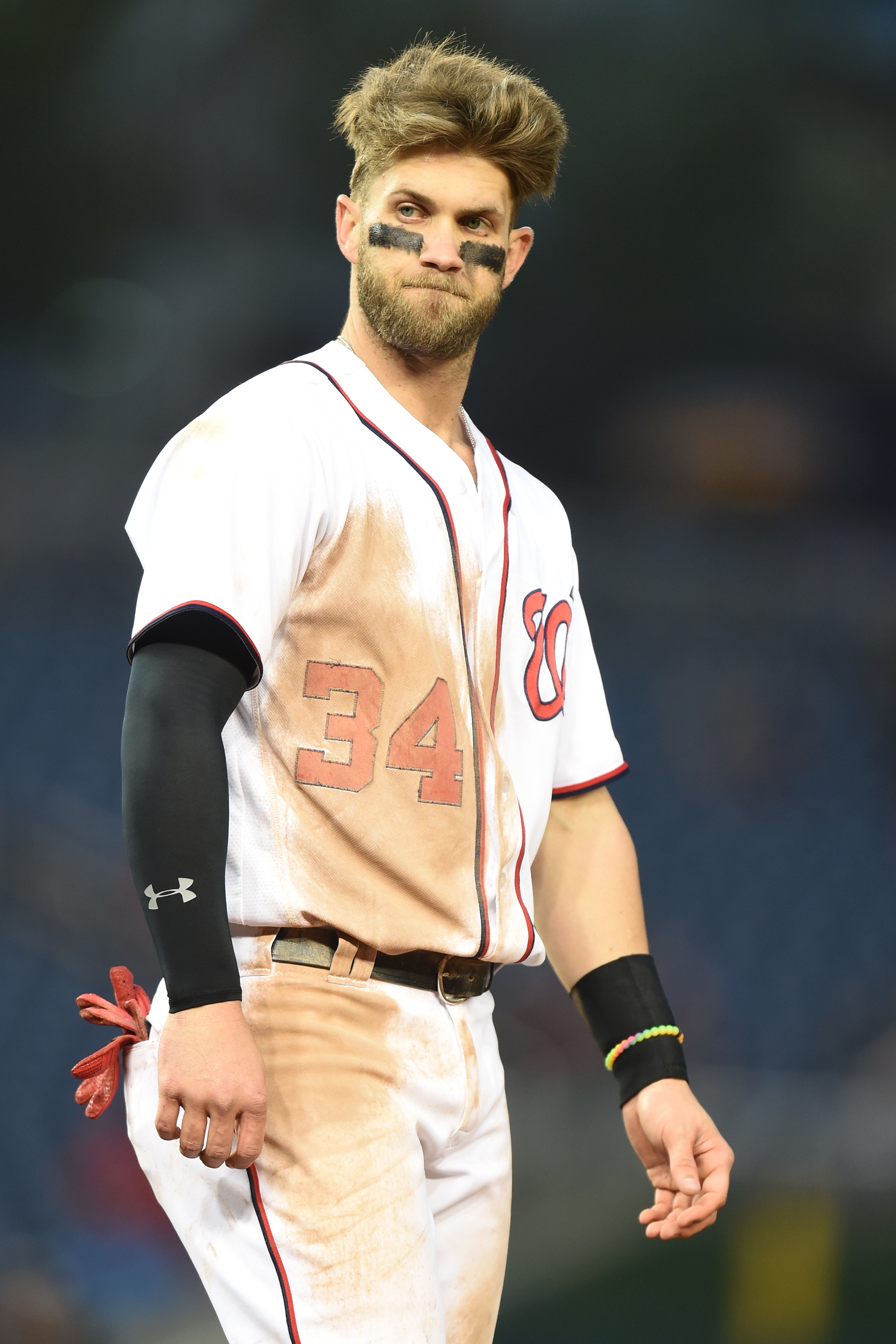 The likeness is incredible, but since they’re not actually the same person, there are differences. Harper and his doppelgänger are clearly face twins, but that’s where the similarities end. Harper has the beefy, athletic build of a guy who has trained and exercised for years because it’s his job. The doppelgänger is tall and slim with more of a runner’s build.

Despite those subtle differences, people were definitely fooled by Harper’s doppelgänger.

Three rows back from home plate…that is actually @Bharper3407 just chillin’ in the stands before tonight’s game pic.twitter.com/JMsZsMSEZm

Even though it’s not likely that Bryce Harper would be hanging out in the stands before a game, you can’t blame her for thinking it was Harper. They look so much alike! If the doppelgänger is available for parties and appearances, this guy could actually make a living cosplaying Bryce Harper.

Liz Roscher is a writer for Big League Stew on Yahoo Sports. Have a tip? Email her at [email protected] or follow her on twitter! Follow @lizroscher