You are here: Home / Basketball / Boris Diaw’s next garbage-time stint could be to lose weight 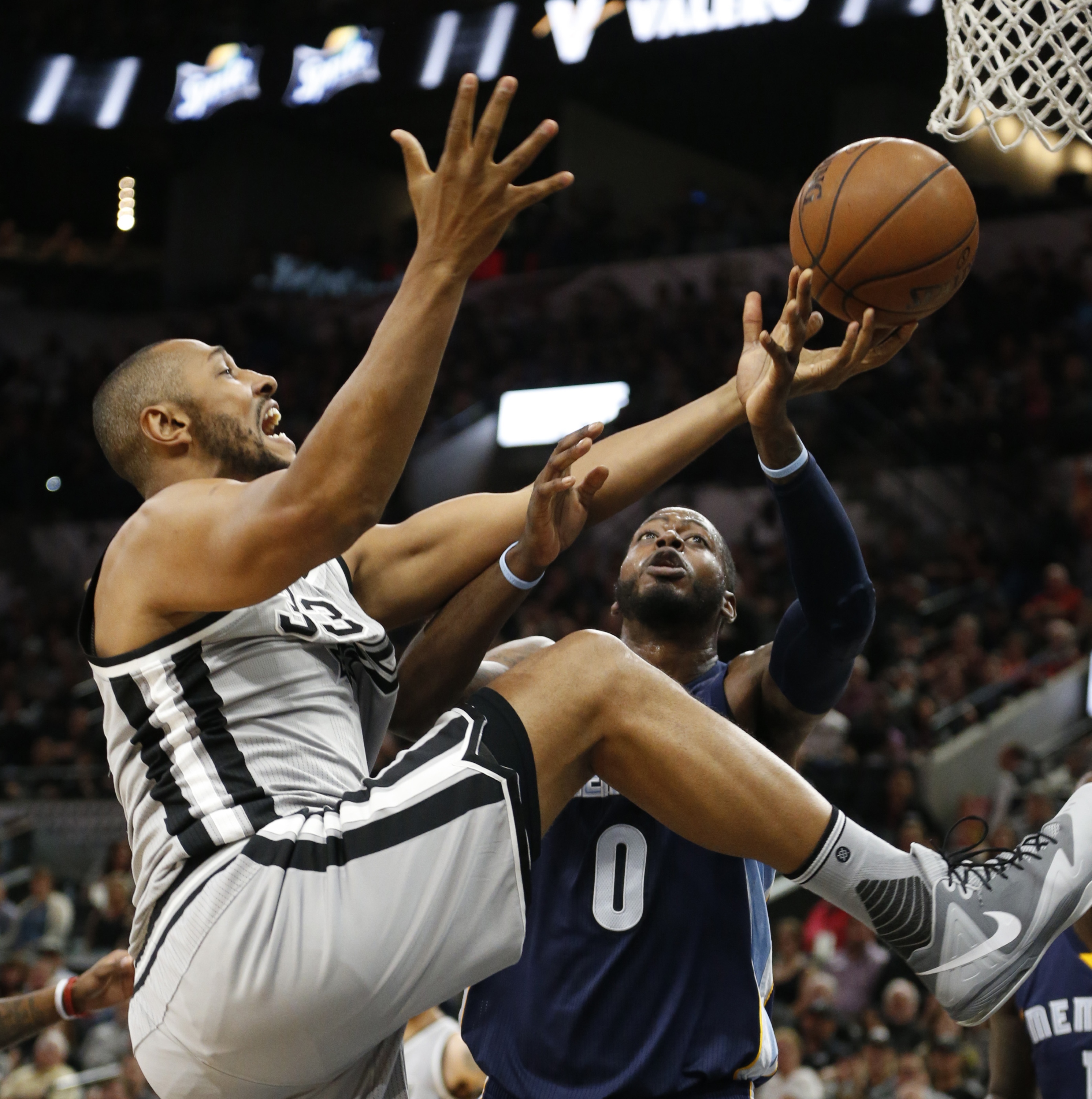 The rules of NBA garbage time are pretty well established — important rotation players sit, end-of-bench guys take as many shots as they can, and no one stresses too much about the result of any play. Yes, coaches don’t want their players to look totally lost (or give up a big lead), but the stakes are relatively low.

It’s somewhat surprising, then, to see versatile veteran forward Boris Diaw often man the court for the San Antonio Spurs when they have the game well in hand. The 34-year-old Frenchman is far from the most essential player on the Spurs, but he’s been an excellent player for years and especially useful in several high-profile matchups. In fact, he’d figure to be one of the most important Spurs in a prospective Western Conference Finals matchup with the Golden State Warriors.

So why does Diaw play during garbage time? According to the man himself, it’s because Gregg Popovich thinks he needs to lose weight. From a new profile by Andrew Sharp of Sports Illustrated (via a promotional pull-quote from Extra Mustard):

Andrew Sharp chronicles the veteran’s quest for the finest cups of coffee in every NBA city, as well as his playful relationship with Gregg Popovich. The two have a friendly ongoing battle regarding Diaw’s fluctuating weight, with the forward revealing his size actually gets him extra minutes on the court.

The story also talks about a photo essay Diaw created for French magazine L’Equipe to document the 2014 French national team, in which he compared himself to the portly but dangerous hippopotamus.

It is not clear how seriously we should take this comment from the portly but dangerous Diaw. Popovich is a bit of a jokester, for one thing, and it’s possible they have a hilarious running joke where the coach demeans his veteran player’s standard but decidedly uncommon-in-the-NBA physique to the delight of all. The Spurs have a loaded roster, after all, and it’s likely that Diaw gets these minutes simply because someone has to.

Nevertheless, it’s pretty fun to think of what has to occur for a well-regarded NBA player to become the butt of this joke. Diaw is a delightful personality, the sort of guy who keeps an espresso machine in his locker. He also plays in a manner that makes his athleticism clear, enough so to deflect the criticism of laziness that attaches itself to many players who appear overweight.

So let’s continue to enjoy Diaw for as long as we can. There may never be another like him.