You are here: Home / Football / Dallas Cowboys pick RB Ezekiel Elliott at No. 4 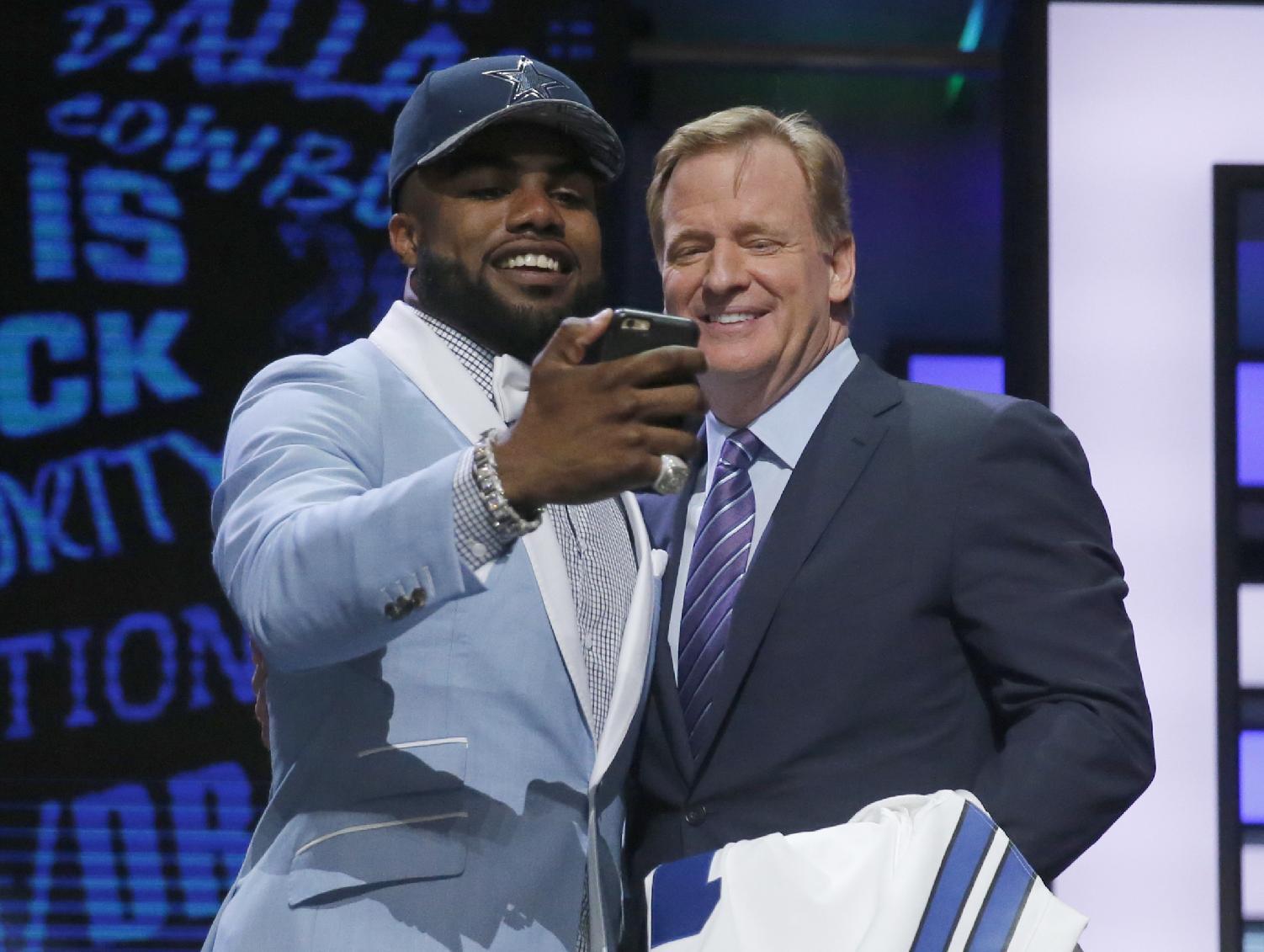 Do the Dallas Cowboys have The Triplets 2.0?

Here’s some of what Shutdown Corner’s Eric Edholm wrote on Elliott:

Upside: If teams draft strictly for talent, he should not wait long to hear his name called. The breakout of Todd Gurley (following an ACL injury, no less) showed that rare talents at running back are the exceptions to the don’t-draft-an-RB-high argument. Elliott has that kind of ability, and other than a nagging wrist injury that he’s played through, there is not a big durability concern with him. Elliott routinely turns potential losses into gains, will fight through tiny cracks, is a great short-yardage runner and is a three-down contributor. He has very few limiting or discernable weaknesses.

Downside: Many teams, especially those that throw the ball 60 percent or more of the time, are not likely to see the same value of a running back in the top half-dozen picks of the draft. Are they going to take a pass blocker, part-time runner and four-catch-a-game back that high? It has been a pattern in the NFL for lower-round picks (or undrafted players even) at that position to have success that’s way out of whack from their draft status. Elliott called out his coaches in the heat of the moment, and his passion for the game and self-confidence might not sit well with a hard-line, old-school coach.

Scouting hot take: “Best back I’ve scouted in years. I’ll admit I was all in on [Trent Richardson], too. But this one is different. He could be a Marshall Faulk-like back in a few years.” — AFC college scouting director

Elliott was the Big 10 offensive player of the year last fall, scoring 23 touchdowns. It was the first time in 25 years Dallas was picking so high in the draft, dating back to 1991, when they chose Russell Maryland first overall.

Just before the Cowboys’ pick was announced, NFL Network’s Ian Rapoport, citing a Dallas source, said the team had Florida State DB Jalen Ramsey as the highest-rated player on its board, and Stanford coach David Shaw and NFL Network draft expert Mike Mayock began breaking down the Cowboys’ weaknesses in the defensive backfield last season, but Dallas went for the offensive player instead.