You are here: Home / NASCAR / Power Rankings: It’s a dilemma trapped in a quagmire at the top

Power Rankings: It’s a dilemma trapped in a quagmire at the top

Welcome to Power Rankings. As always, Power Rankings are far from a scientific formula. In fact, it’s the perfect blend of analytics and bias against your favorite driver. Direct all your complaints to us at [email protected] and we’ll try to have some fun.

1. Carl Edwards (LW: 7): Edwards gets the opportunity to make a six-spot jump in this week’s rankings after both Kyle Busch and Jimmie Johnson had issues during Sunday’s race. The win means Edwards is the third Joe Gibbs Racing car to essentially be in the Chase (we expect Matt Kenseth to make it as well) and also means Bristol is his winningest track. Edwards has four wins at Bristol and three at Atlanta and Texas. And while Edwards has 10 of his 26 career wins at those three tracks, they haven’t been his best from an average finish standpoint. They’re all outside the top 10.

2. Dale Earnhardt Jr. (LW: 5): We thought about putting Junior at No. 1 because he was two spots ahead of Edwards last week and came back to finish second after essentially giving the entire field a two-lap head start thanks to the power issues he suffered at the beginning of the race. We decided to give the bump to Edwards based off the win, however, because we’re in favor of more bonus points being given to race winners. And we should put our feeling where our power rankings are.

3. Kyle Busch (LW: 1): Busch had a very fast car. He also had a car that had a propensity to hit the wall (twice) and spin (once). He hit the wall after two right-front tire failures and the spin came off the bumper of Chris Buescher after a few cars jammed up ahead of Busch. In the midst of those incidents, he passed a lot of cars. Oh, and he’s gotten a lot of attention for what happened in the garage after he hit the wall a second time. If you want our thoughts on that incident 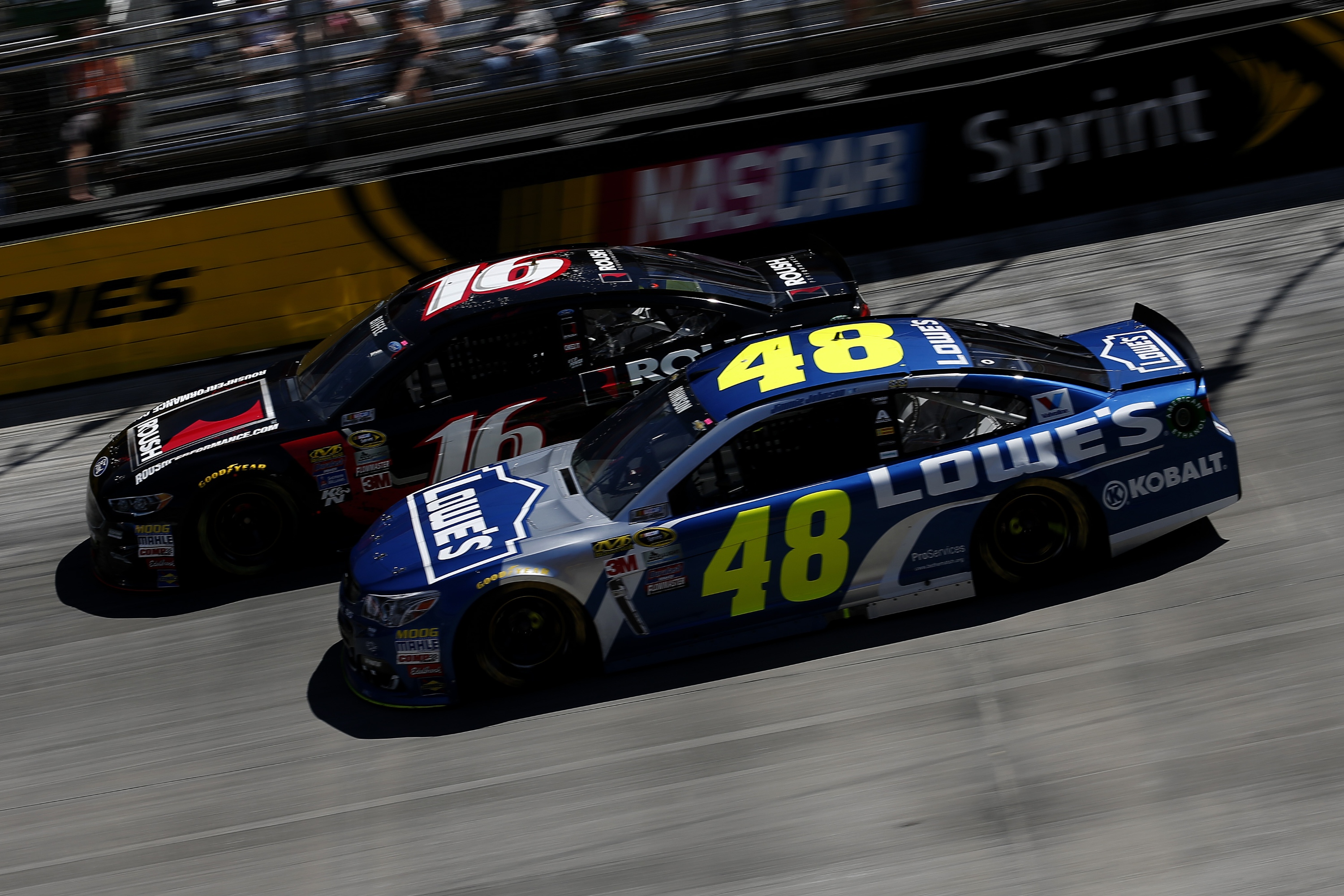 4. Jimmie Johnson (LW: 2): Johnson was heading for a good day and a good finish until the dreaded message came from crew chief Chad Knaus. The team may not have gotten all of the lugnuts tight on one of the wheels during a pit stop. Sure enough, Johnson was forced to pit under green for the problem and ended up finishing 23rd. Though the pit stop did give us the opportunity to witness a great battle with AJ Allmendinger.

5. Joey Logano (LW: 3): Logano is looking at Junior and is saying “yeah, so what?” After he had to pit under green for a loose wheel (this is a theme this season), Logano’s team was penalized for a tire violation on the pit stop. The penalty meant that he went three laps down after serving the penalty. Thanks to timing and strategy, Logano was able to get back on the lead lap and ended up finishing 10th after gaining eight spots over the final green flag stretch of the race.

6. Kevin Harvick (LW: 4): Man, what a bad day for Kevin Harvick. He finished seventh, right where he qualified. Harvick is really struggling lately with three-straight finishes outside the top five. Maybe he’ll get back on track with a top three in Richmond. 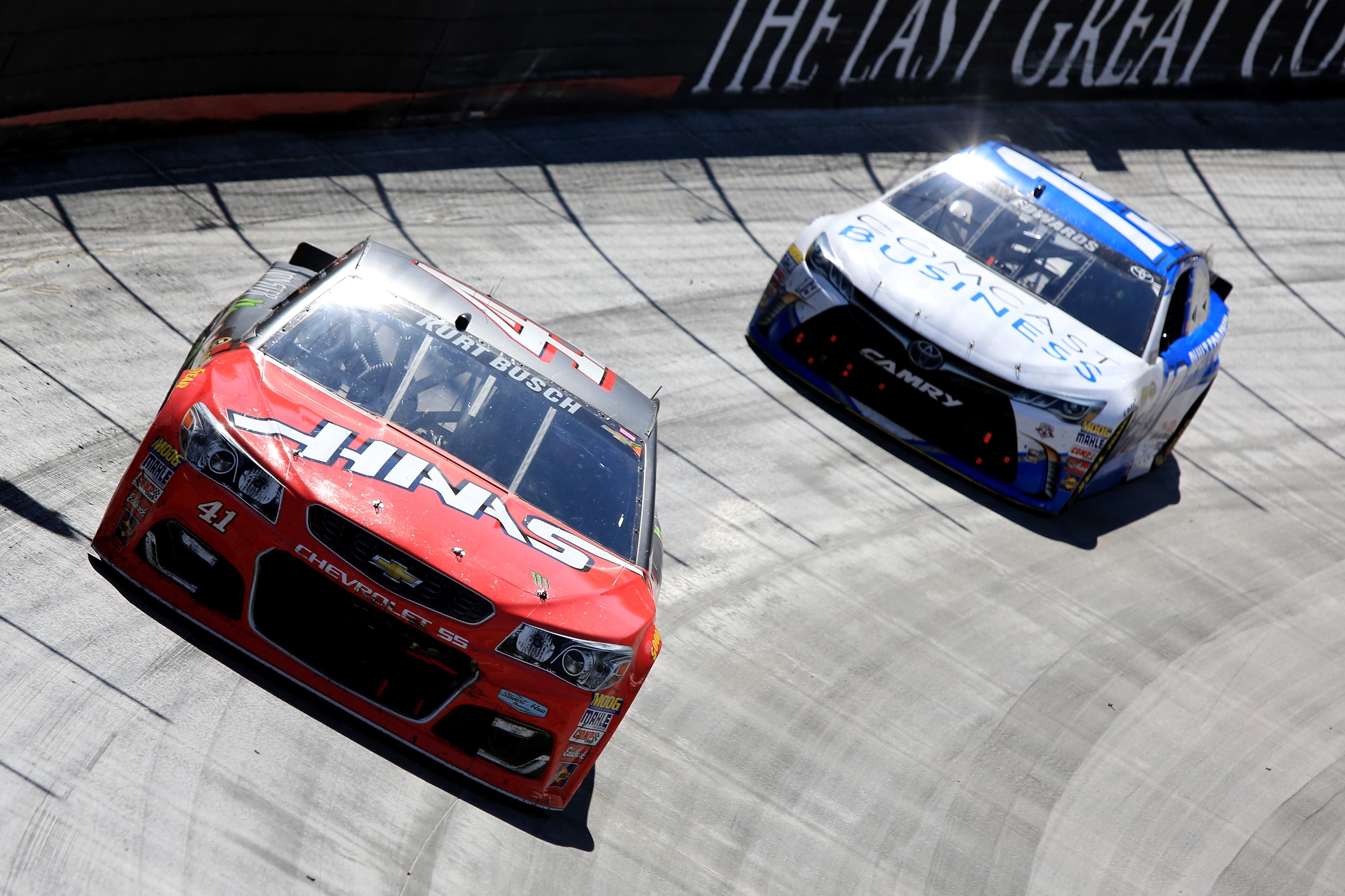 7. Kurt Busch (LW: NR): His third-place finish on Sunday was his second-straight top 10 after his first two finishes outside of it of the season. It was also his first top-three finish at Bristol since the spring of 2010 when he was driving for Team Penske. We like his chances for a third-straight top 10 at Richmond. Busch won last year’s spring race at the track, which was also run on a Sunday because of rain.

8. Chase Elliott (LW: 10): Elliott finished fourth on Sunday, his fifth top-10 of the season. He now has more top 10s than Keselowski, Austin Dillon, Martin Truex Jr., Denny Hamlin and a whole host of other drivers. Yet he’s behind all four of those drivers above in the points standings. If he keeps racking up the top 10s he’ll be passing them.

9. Brad Keselowski (LW: 6): Like his teammate, Keselowski also had a pit road penalty. He got caught speeding early in the race and had to restart at the back of the field. After moving back to the front, he then had another mishap after he had to pit under green for a flat tire with less than 120 laps to go. Keselowski finished 18th (and on the lead lap).

10. Martin Truex Jr. (LW: 8): Truex also rebounded from a late-race green flag pit stop when he had to come to pit road because of a loose wheel … for the second time. The first loose wheel incident happened under caution and Truex had worked his way back in to the top 10. He wasn’t able to get bear the front of the field by the end of the race following the second one, but he finished 14th. It could have been a whole lot worse. 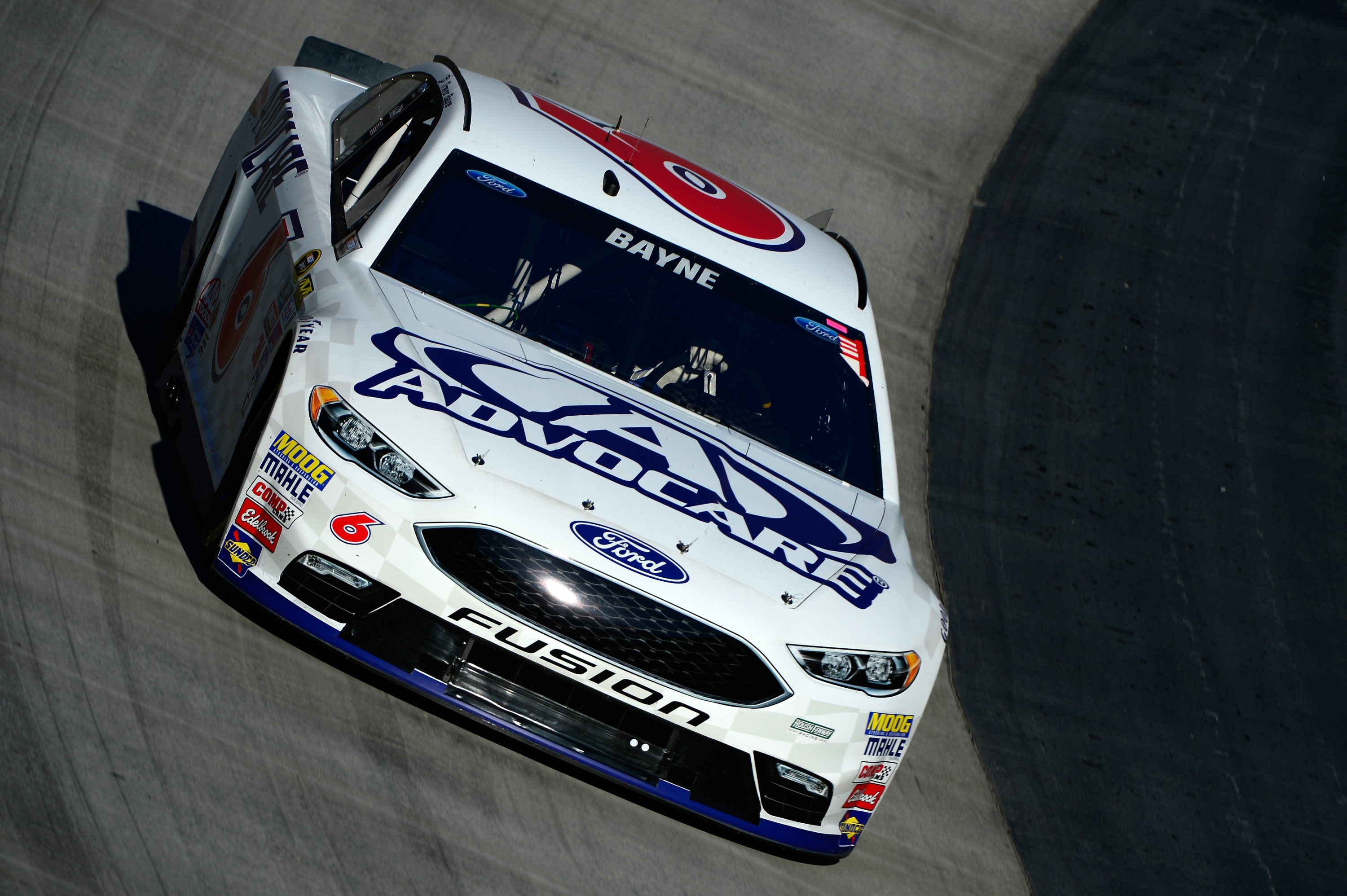 11. Trevor Bayne (LW: NR): Sunday was Bayne’s first top five since he won at Daytona in 2011. So yes, it was the second top-five finish of his career. He’s now back in the top 20 in points for the third time this season. Can he stay there?

12. Matt DiBenedetto (LW: NR): DiBenedetto’s sixth-place finish was the best of his career and just the third time he’s finished in the top 20. Well done, DiBurrito (the nickname he’s been given at Reddit’s NASCAR section).

Lucky Dog: Clint Bowyer. His 8th-place finish was his first top 10 of the season.