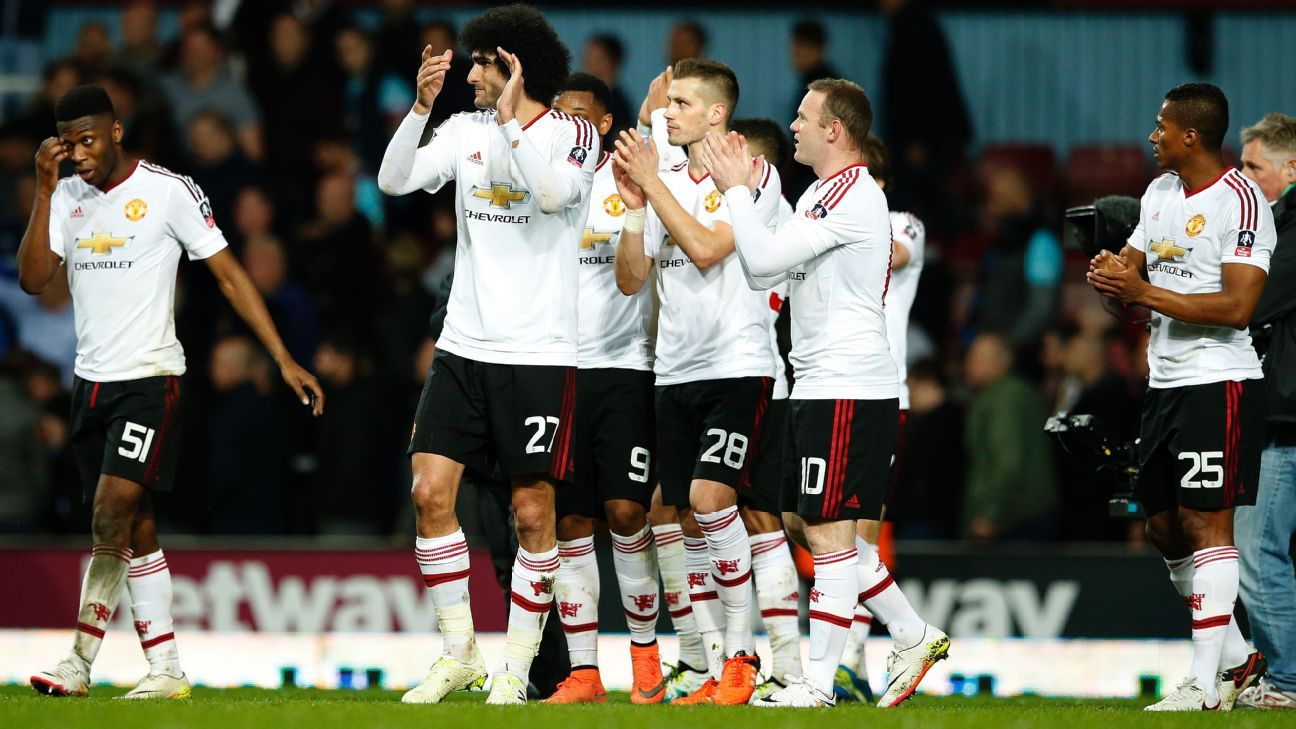 Manchester United manager Louis van Gaal said sealing a place in the FA Cup semifinals was not important for him personally — but was for the club as a whole.

Van Gaal’s United went into the quarterfinal replay against West Ham on the back of a 3-0 defeat at Tottenham on Sunday, but responded with a 2-1 win at Upton Park to secure a semifinal against Everton at Wembley on April 23.

“We played very well defensively. We didn’t give so much away. They lost the ball a lot of times and I believe, with a bit more composure, we could have finished it much earlier.

“I said at half-time [with the score at 0-0] that we had to show composure in the third and fourth phase, and we did that better.”

Marcus Rashford opened the scoring with a fine finish in the 54th minute before Marouane Fellaini bundled home in the 67th minute.

James Tomkins headed in for West Ham to cut the deficit, but Manchester United held on as Wayne Rooney made his comeback after more than two months out, coming on as a late substitute to replace Rashford.

“You cannot deny that my team has a lot of fighting spirit,” Van Gaal said. “We have come to West Ham, who have not lost at home since August and have beaten every top club, and we controlled the game.

“I cannot say that when we lose 3-0. I’m very happy that, in spite of that defeat, we didn’t lose the spirit this evening.”

Goalkeeper David De Gea made a fine late save for United, and midfielder Michael Carrick said: “He has been unbelievable for us for so long now.

“It was a massive win. West Ham are flying and it’s a tough place to come. We believed we would come here and win, and we have done that. We need to be consistent, and that’s the challenge we have to set ourselves.”

Hammers manager Slaven Bilic said the visitors “were better in two-thirds of the game.”

He added: “We were really good in the first 15 minutes and the last 20, but other than that their passing was better than ours.

“We tried, we created chances to equalise, but they were better than us for big parts of the game. But we still have big games, we are still in the competition for Europe — big time — and we want to finish as high as possible.”