You are here: Home / Baseball / Yankees fans will no longer have the option to print their tickets 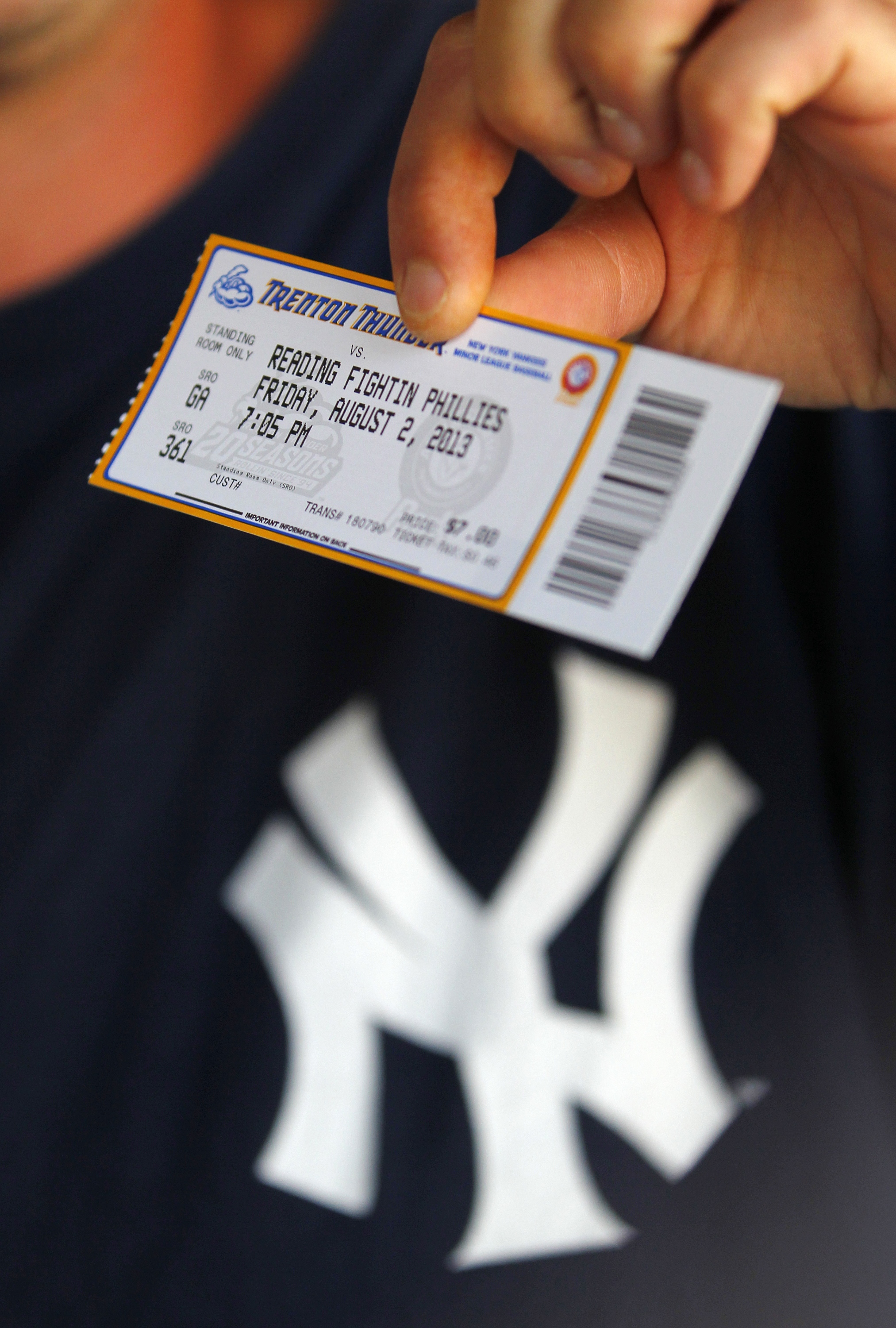 A small change to the New York Yankees ticket plan could have a huge impact on their fans. The club announced that, beginning in 2016, the team will no longer offer the option to print out tickets at home. Fans attending games will either have to bring physical tickets, or use the mobile delivery option on their cell phones.

The club has eliminated print-at-home tickets in order to “combat fraud and counterfeiting of tickets associated with print-at-home paper tickets,” according to the team’s site.

While that may have played a role in the decision, it’s generally assumed that the Yankees are taking a shot at the ticket service StubHub with the move. The team has been complaining about low ticket prices on the website for a few years now. By getting rid of print-at-home tickets, it makes it much harder for their fans to buy tickets on StubHub and receive them from the buyer.

Instead, fans will have to go to Ticketmaster in order to buy tickets for individual games. The problem here, at least as far as fans are concerned, is that Ticketmaster can set a minimum price for tickets. So, if Yankees seats in the outfield normally cost $25 (for example), they would cost $25 minimum on Ticketmaster. On StubHub, fans might be able to get tickets cheaper depending on the matchup and how desperate the seller is to part with their tickets.

On top of that, it’s now more difficult for fans to give their tickets away to friends or family members. Unless you have a roll of physical tickets, you’ll have to transfer them via mobile device. While many people own and use smart phones for tickets, it’s still not the preferred method for many.

Speaking personally, I’ve used my phone to enter games and generally don’t have an issue with it. But my dad, and my in-laws still prefer to use print-at-home tickets when they go to the ballpark. All of those parties are tech-savvy and computer literate, but it’s just much easier for them to print tickets at home.

As far as using physical tickets … well … I can’t say I do that much anymore. There are times when I’ll plan out a trip to the park weeks in advance and can wait on a physical pair of tickets to arrive in the mail, but most of my trips to see a game are spontaneous, or purchased within a few days of said game. I assume a large number of fans do the same thing, but will now be limited to mobile tickets, or (I think) will have to show up at Will Call to receive physical tickets.

Ultimately, someone like me isn’t going to be impacted much by the change. But members of my family and people I know will have a much harder time figuring out how to get their tickets in time for the game. And for those Yankees fans who attempt to buy tickets on StubHub … good luck. Unless you can meet up with the buyer and obtain physical tickets, you’re not going to your game.

This was probably an unintended consequence of the Yankees new policy but, as of right now, it looks like the new mandate may discourage a certain group of fans from attending games.