You are here: Home / Basketball / Popovich ponders the Warriors more than any team he’s ever faced 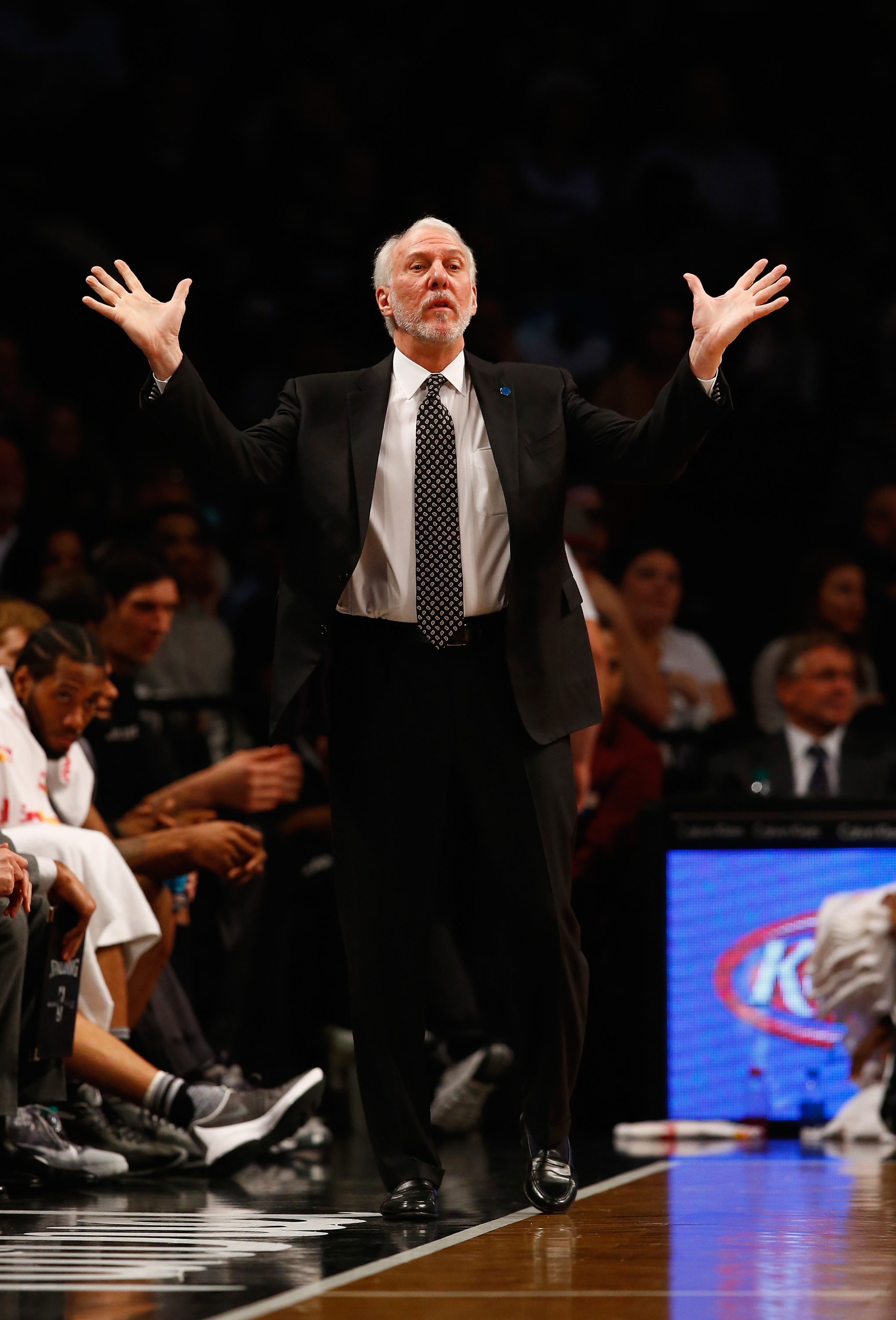 The Golden State Warriors and their pursuit of 73 wins is the biggest story of the season, a genuinely historic run that has arguably made the eventual NBA Finals result feel inevitable. Yet the rest of the league is not giving up — rival coaches and players are trying to figure out some way to stop one of the most potent and versatile attacks the sport has ever seen.

San Antonio Spurs head coach Gregg Popovich obviously plays a key role in trying to get his nearly as impressive 45-8 team ready to meet that challenge. In fact, Popovich says he thinks about the Warriors more than any opponent he’s ever faced, although not necessarily because he thinks it will help him to beat them. From Marc Stein for ESPN.com:

“I’ve spent more time thinking about Golden State than I have any other team I’ve ever thought about in my whole career,” Popovich told ESPN Radio on Friday. “Because they are really fun. I’d go buy a ticket and go watch them play. And when I see them move the ball, I get very envious. When I see them shoot uncontested shots more than anybody else in the league, it’s inspiring. It’s just great basketball.

“So I’m actually enjoying them very much. You try to solve them, but they’re in a sense unsolvable because it’s a particular mix of talent that they have. It’s not just that Steph [Curry] can make shots or that Klay can make shots or that Draymond Green is versatile. Everybody on the court can pass, catch and shoot. And they all get it.”

It’s quite heartening to hear that Popovich has enough perspective to enjoy the Warriors as a fan. The high level of competition in the NBA often requires that professionals at all levels stay hyper-focused on their jobs, to the point where it understandably breeds a certain level of distaste for any team or player they can’t solve. But Popovich (perhaps because he’s had enough success to feel comfortable) is able to enjoy the Warriors for what the sensation they are.

Of course, he does appear to value the Warriors for what they can teach him about the sport, as well. Calling them “inspiring” is an admission that one of the best coaches in NBA history doesn’t know all there is to know — that he’s still learning from his peers. Maybe the Spurs will not beat the Warriors by figuring them out, but by using them as a model.

Whether or not that happens, these comments are a useful reminder that Popovich has been as successful as he has in part because he looks at the league holistically, not just as a matter of figuring out solutions to specific problems. He’s self-aware enough to know what he can’t solve and where he can go for new views at the sport.