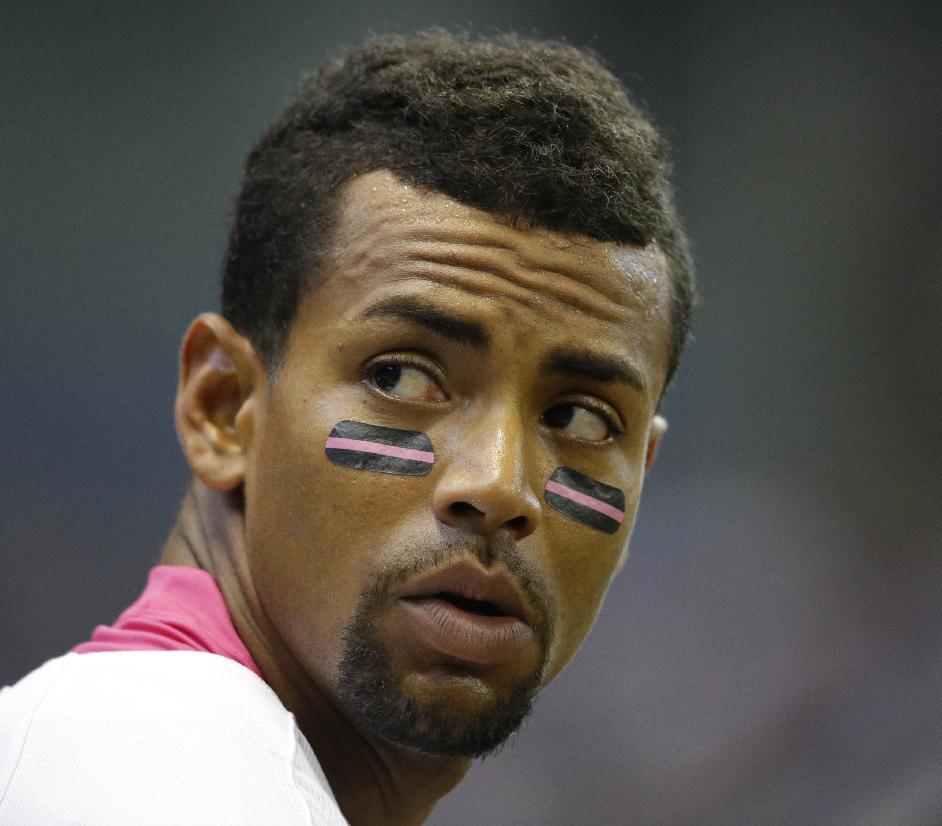 Even as spring training approaches, the trade winds are still blowing around Major League Baseball.

This deal fits the mold of a Billy Beane late offseason trade with pretty good value. Though Beane has been promoted to executive vice president of baseball operations, new GM David Forst is showing he’s been paying attention and learning from the best.

In Davis, Forst has added some much needed firepower to the middle of manager Bob Melvin’s lineup. Davis connected for 27 homers in just 121 games last season, while Josh Reddick, the A’s home run leader, finished with just 20. As a team, the A’s hit just 146 homers last season, good for 20th in MLB and last in their division, 26 behind the next closest team.

Davis has averaged 30 home runs for every 162 games played, so his power seems legit. At 28, there may even be room for those numbers to grow, though playing at O.co Coliseum should temper those expectations some.

Davis doesn’t offer a lot beyond the power. He was a .247/.323/.505 hitter last season, and his defensive skills are questionable at best. Forst says the idea will be to feature Davis in left field this season, so it appears they’re comfortable sacrificing some defense for offense.

To be honest, they may not have a choice. The A’s have a logjam now at the corner outield, first base and designated hitter slots. Davis joins Reddick, Yonder Alonso, Billy Butler and Mark Canha in that category. The A’s also used Jake Smolinski at times in left field last season, and the fact is Coco Crisp’s uncertain health will probably relegate him to that list as well.

San Francisco Chronicle writer Susan Slusser, who was to report a trade was near, provided some clarity on Twitter.

Sounds as if the plan for Khris Davis is definitely LF; whatever teams gets out of Crisp will be a plus. And Crisp is healthy right now.

So Crisp will DH a lot and play some OF, Canha will bounce between OF and 1B again.

Assuming Alonso has the first base job against right-handers, Billy Butler is looking like the odd man out one year after signing a three-year, $30 million contract.

On the Brewers side, the rebuild continues on at full speed. Gone now are Davis, Jean Segura, Adam Lind and Francisco Rodriguez, all of whom were traded this offseason. The team also dealt Carlos Gomez, Jonathan Broxton, Neal Cotts, Aramis Ramirez and Gerardo Parra during the season. Rumored to be following is All-Star catcher Jonathan Lucroy, who is drawing plenty of interest.

[Tim Brown: Jenrry Mejia a major leaguer at 20, banned for life at 26]

The Lucroy rumors make the acquisition of Jacob Nottingham even more notable. The 20-year-old catcher is a well regarded prospect who could ultimately fill Lucroy’s cleats down the road. Nottingham hasn’t played above the High-A level yet, so he’s still a little ways off, but the numbers are promising. He hit .316/.372/.505 with 33 doubles and 17 homers in 119 games split between Class A and Advanced A ball last season.

New general manager David Stearns has a clear vision for this Brewers team, and he’s aggressively reloading the organization and reshaping the roster how he wants it. This marks his ninth trade since taking over, and in many ways it feels like he’s just getting started.