The Big Ten showdown between No. 18 Purdue and No. 4 Maryland on Saturday figured to be won by the team that could maximize its strengths. For the Boilermakers, that is interior scoring and rebounding and for the Terrapins it’s guard play.

Maryland came out on top 72-61 remaining in contention for the regular season league championship not only because the backcourt of Melo Trimble and Rasheed Sulaimon played well but also because of the unexpected contribution behind the 3-point line from forward Robert Carter. 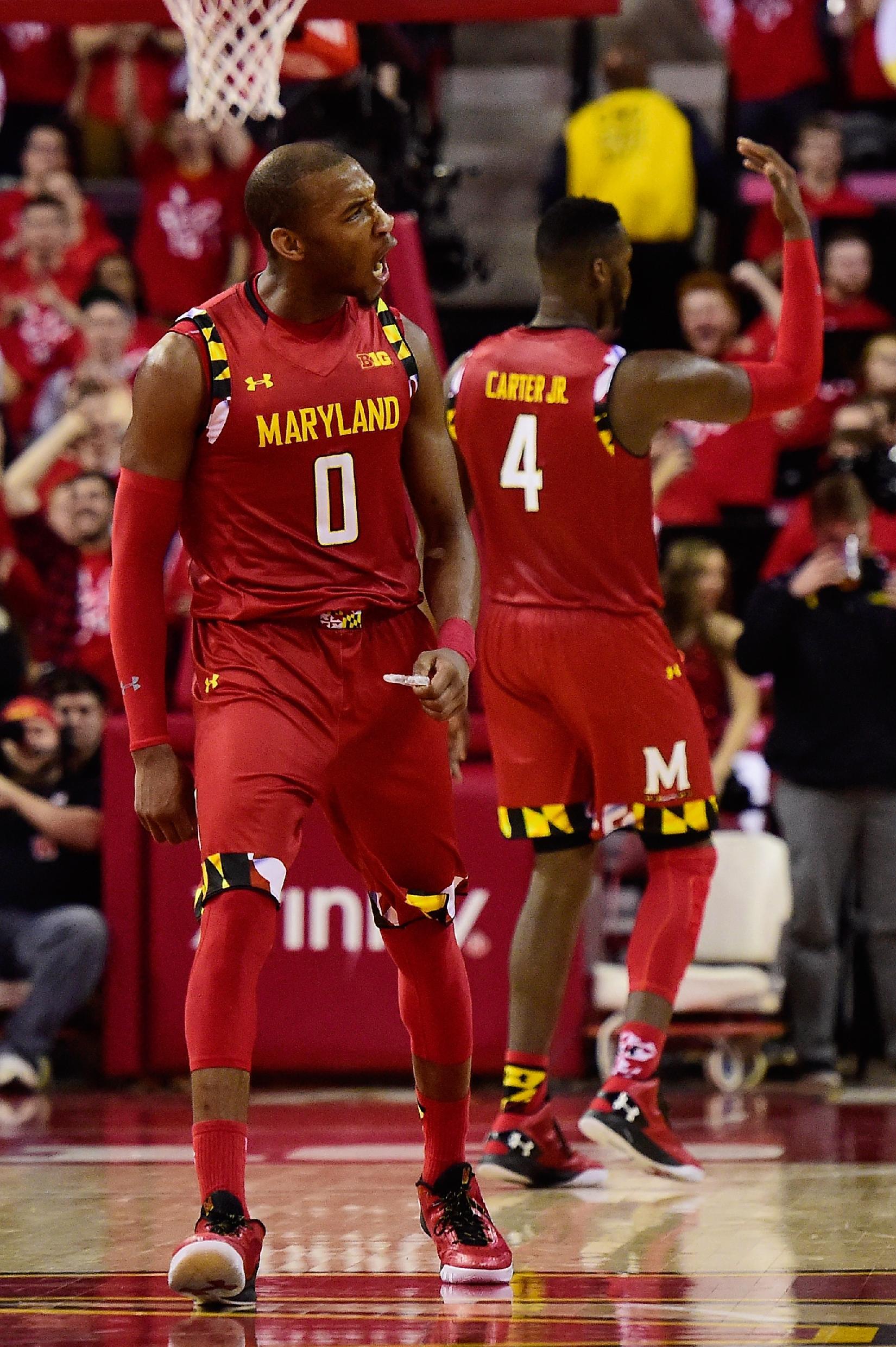 While his teammates combined to go 0-for-12 behind the arc, Carter knocked down four of the six 3-point attempts he tried and it proved to be one of two ways in which the Terrapins won the game.Carter finished the game 19 points and Sulaimon and Trimble combined to score 35. Trimble also dished seven assists.

Carter has made 3-point shots previously this season, but he hasn’t been what one might consider steady from behind the arc. He had made one of his previous nine 3-point attempts over a span of five games prior to Saturday.

But it wasn’t just Carter’s 3-point shotting that put the Terrapins over the top. They also attacjed the basket and got to the free throw line much more often than Purdue. Maryland made 24 of 27 free throw attempts while the Boilermakers settled for 3-point shots they weren’t making and attempted only five free throws.

It was a horrible perimeter shooting performance for Purdue. Instead of trying to get the ball to centers A.J. Hammons and Isaac Haas more when the game was being decided late in the second half, Purdue too often elected to shoot from long range. The Boilermakers made just three of 25 3-point attempts and fell to 7-4 in the Big Ten, three games behind Indiana and Iowa and two behind the Terrapins.

Maryland (21-3, 10-2) already owns a victory over Iowa and doesn’t play the Hoosiers until the final game of the regular season. So it’s entirely possible for the Terrapins to win their first Big Ten regular season title if they can continue to keep pace and play to their strengths.

[Kyle Ringo is the assistant editor of The Dagger on Yahoo Sports. Have a tip? Email him at [email protected] or follow him on Twitter! Follow @KyleRingo