SAN FRANCISCO — The NFL gathers the night before the Super Bowl every year for a lavish awards ceremony to honor the best of the best and hand out its major awards from the season.

On Saturday night the NFL’s elite gathered at the Bill Graham Civic Auditorium to hand out its major awards, and to announce the 2016 Pro Football Hall of Fame class. The Carolina Panthers were expected to bring home a few awards, including the NFL MVP because Cam Newton was an overwhelming favorite, but none could attend because they’re preparing to play the Denver Broncos in Super Bowl 50 on Sunday.

We’ll be updating the award winners as they’re announced:

Jameis Winston, Marcus Mariota, Todd Gurley and Amari Cooper had great rookie seasons, making for a very interesting competition for offensive rookie of the year. But Gurley was hard to deny.

Gurley had just six carries for 9 yards gong into October, as he came back slowly off a knee injury he suffered last season at Georgia. But then he exploded and ended up with 1,106 yards and 10 touchdowns.

“This definitely means a lot,” Gurley said during an emotional acceptance speech. “A year ago, battling from ACL injury to winning offensive rookie of the year, so I definitely appreciate everyone who voted for me.”

Gurley said he just was happy to get healthy for his rookie season, and he never considered winning the award as the NFL’s top offensive rookie.

“I couldn’t even picture myself being in these shoes a year ago,” Gurley said. “I couldn’t have imagined this in a million years, but it definitely happened.

During his acceptance speech Gurley also thanked the fans of St. Louis and encouraged them to support the Rams even though they’re moving to Los Angeles.

Newton was an obvious pick as the NFL’s offensive player of the year. He had a great year throwing the ball, and the 15-1 Panthers built their running game around his abilities on the ground.

“Cam took an unconventional journey to get here and we’re just so proud, my family and I,” Cam’s father Cecil Newton said as he accepted the award on his son’s behalf. 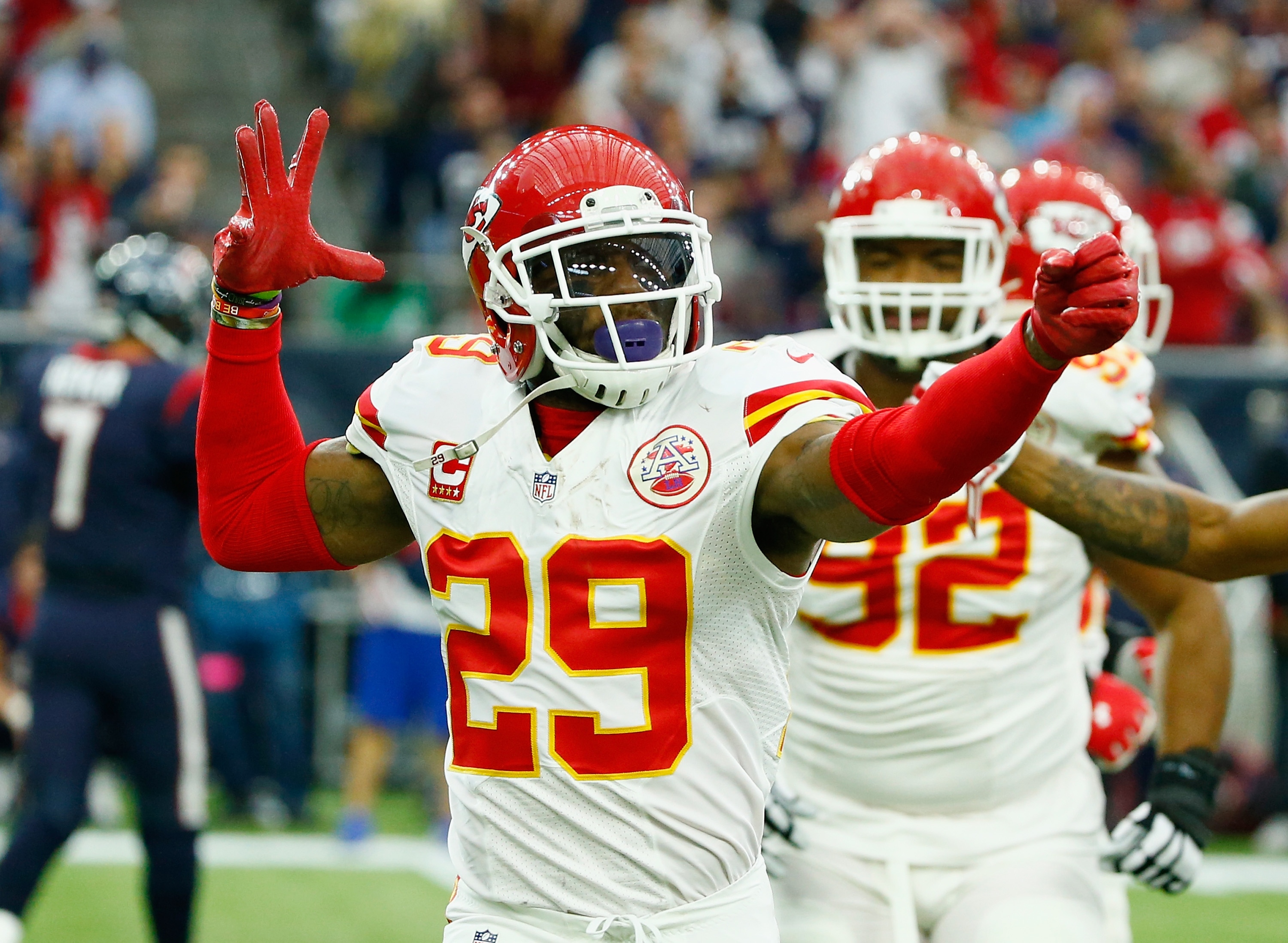 When it was announced last year that Berry had cancer, it sent a shock through the NFL. When he beat cancer, came back to the Chiefs and earned a spot on the Pro Bowl team, there was no question he would win the comeback player of the year award.

“When I lost my hair, [Berry’s dad] was right there with me, he shaved his hair just so I wouldn’t have to be by myself,” Berry said, referring to his chemotherapy treatments. “I love you for that.”

The cameras found Berry’s father wiping away tears in the crowd.

“I knew I’d be here, but I feel like I’m dreaming right now,” Berry said.

Peters, a first-round pick, led the NFL with eight interceptions. By the end of the season, there was little doubt he’d win the award for the league’s best defensive rookie.

Peters started all 16 games, and returned two of those interceptions for touchdowns. He helped the Chiefs become the second team in NFL history to start 1-5 and make the playoffs.

There were plenty of great candidates, including St. Louis Rams defensive tackle Aaron Donald and Carolina Panthers teammates Luke Kuechly and Josh Norman, but Watt won his third defensive player of the year award in four years. Watt won at the end of the 2012 and 2014 seasons as well. In 2014 he was a unanimous pick.

This season Watt had 17.5 sacks, which led the NFL. With 74.5 career sacks and three defensive player of the year awards in just five seasons, Watt is quickly writing a resume that will put him in the discussion as the greatest defensive player in NFL history.

“The funny thing to me is, I was a two-star recruit coming out of high school,” Watt said during his acceptance speech. “Now I have three defensive player of the year trophies. So screw all you guys who doubted me.”