You are here: Home / Hockey / Casting ‘John Scott: The Movie,’ as All-Star MVP gets film offers 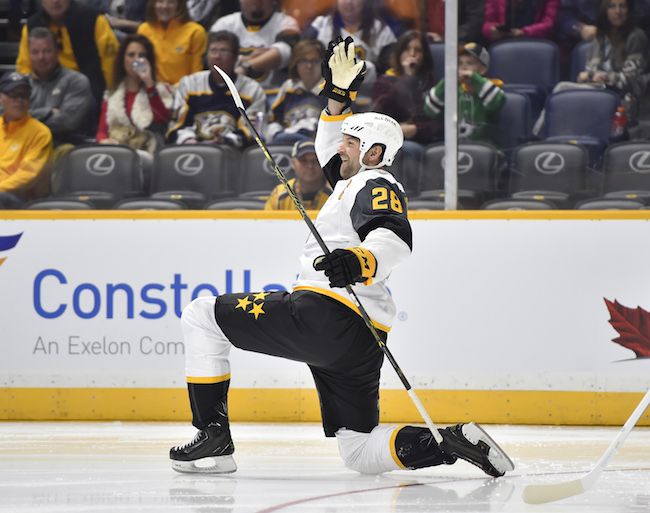 NASHVILLE – John Scott has said his journey from unlikely fan vote winner to NHL All-Star Game MVP was something that couldn’t have been scripted better.

It appears some filmmakers are willing to see if they can try.

Frank Seravalli of TSN reports that Scott and his agent, Ben Hankinson, have been approached about potentially turning this surreal tale into a movie.

“The John Scott ride has been nothing short of a rollercoaster to an incredible ending,” Hankinson said. “We do have a lot of different options for him to pursue, but he’s not looking to do everything there is. He’s going to have some different routes that he can take as far as books and even a potential movie. He can take it as far as he wants to.”

The story really does have everything you’d need: Common everyman thrust into an adventure, at first refusing and then embracing the call; nefarious forces attempting to undermine and defeat him; a finale in which the fans chant his name as he’s held aloft by his teammates; and, of course, two proud daughters and a very pregnant wife, who is about to deliver twins.

So yes, this could very much become a movie.

Which means they’ll have plenty of roles to cast. Let’s get the call sheets out:

Look, we all know that Liev Schreiber would have been just about perfect here. But he already played an enforcer named Ross “The Boss” Rhea in “GOON.” So we’re going to disqualify him.

Seravalli had three names in a poll, all of them good ones: Recently buffed-up John Krasinski; Vince Vaughn, who obviously has a hockey connection through his Chicago Blackhawks fandom and Gretzky head-bleeding from “Swingers”; and David Puddy himself Patrick Warburton, who may or may not paint his chest for the role.

Speaking of humor: Chris Pratt. But, I mean, our movie might have a limited budget and, well, he’s busy with dinosaurs.

Our Choice: Jon Hamm. Celebrity puckhead of the St. Louis Blues, this role demands a man’s man that will bring humor and heart and natural charisma. As well as natural annoyance with outside forces trying to take away what he’s earned, which is very Don Draper.

Even if he wasn’t the main antagonist in the real story, of course he’s going to be here. We’ve heard suggestions of Danny DeVito, which is mean, but not nearly as man as “The Count From Sesame Street,” which we’ve also heard.

Our Choice: Kevin Spacey. Full-on Frank Underwood nefarious schemer mode, but also plays a great slow burn when things don’t turn out the way they’re supposed to. And what an Easter egg when Aaron Ekblad takes that shootout in the skills competition in a Spacey sweatshirt.

The alleged source of the “what would your daughters think of you playing in the All-Star Game?” insult to Scott.

Our Choice:  Obviously, Ed Harris. The man can play a heavy.

Our Choice: HE WAS SUPPOSED TO BE THE CHOSEN ONE!!!! 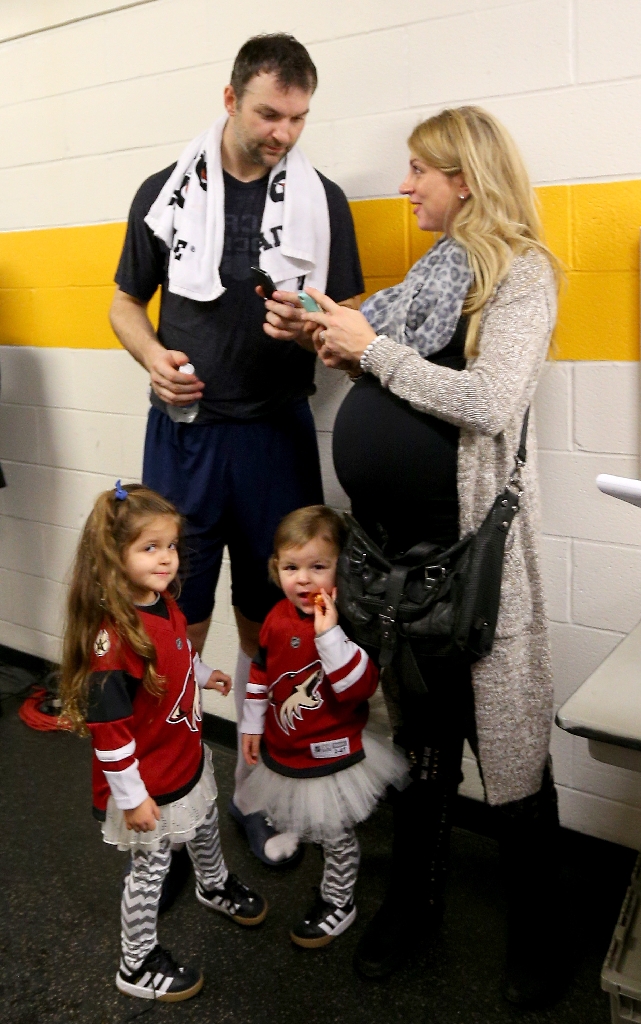 Scott’s very pregnant wife, who stood by him through all of this.

The Arizona Coyotes GM that traded Scott to the Montreal Canadiens, who buried him in the AHL.

Our Choice: While we had much respect for those who suggested Bill Nighy, it’s hard to shake the idea of Bradley Whitford in full BILLY MADISON villain glory. (s/t Will)

The Montreal Canadiens GM that traded for Scott and buried him in the AHL.

Our Choice: A befuddled Jeff Goldblum, stammering as he questions why John Scott needs to be included in the trade.

The former NHL star-turned-commentator who infamously opposed the Scott campaign before admitting he was basically wrong about everything at the All-Star Game.

NBC commentator who could barely contain his contempt for Scott during the All-Star Game.

@wyshynski John Goodman as Mike Milbury can bring a perfect amount of smarminess to the character #JohnScottMovie pic.twitter.com/HPPK9bi5ky

Our Choice: We agree that the imposing menace of angry John Goodman is the personification of this role.

Yours truly and Jeff Marek, who helped kick off this joke campaign when we imagined Scott playing in the 3-on-3.

The Internet message board whose rabid fans stuffed the ballot box to get Scott into the All-Star Game.

The car Scott won at the All-Star Game as its MVP.

.@wyshynski Can I play the @Honda Pilot in the John Scott movie?

Our Choice: The Islanders’ White SUV has already volunteered. 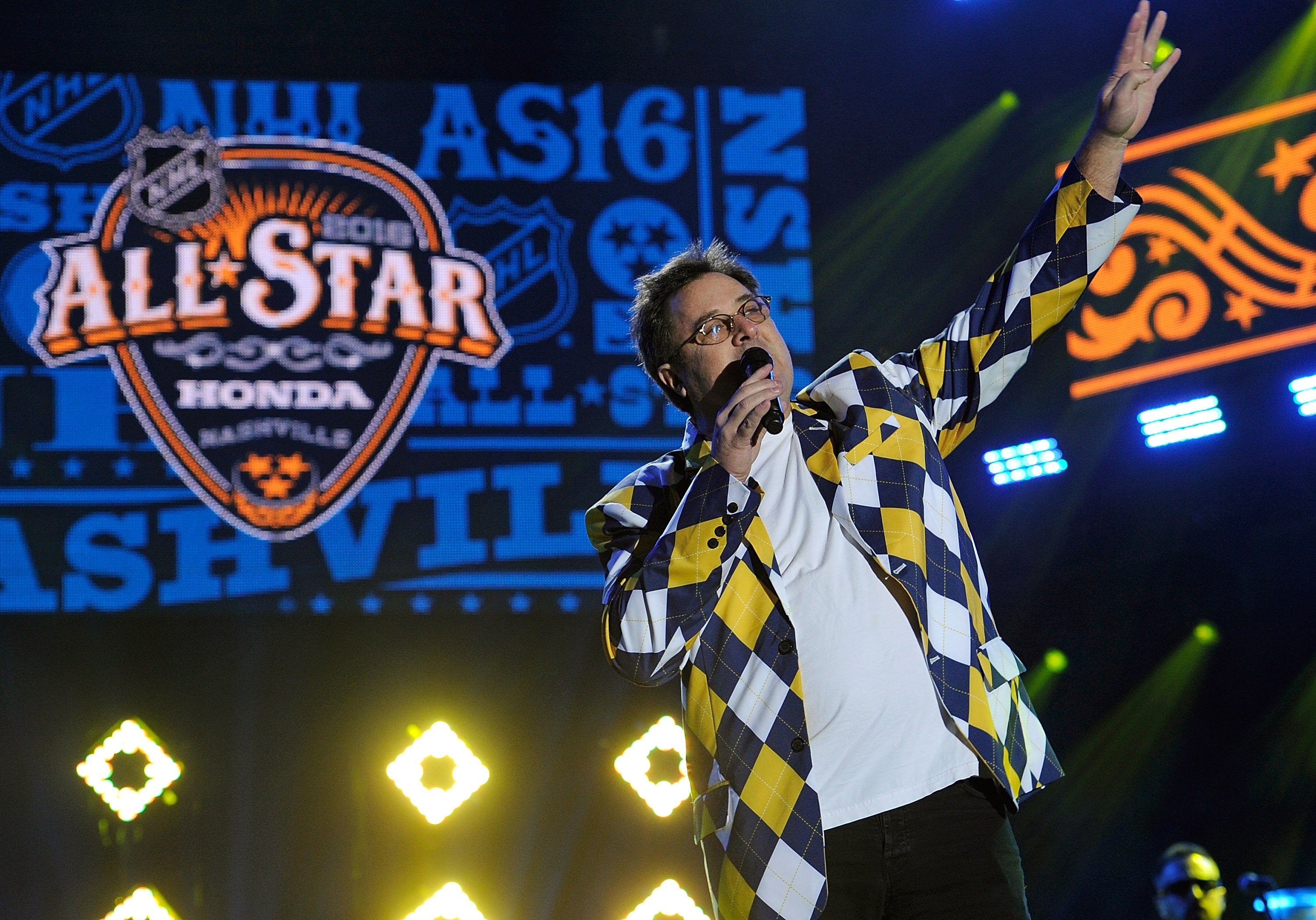 And in case you were wondering if this needed to be a movie … here’s a trailer!