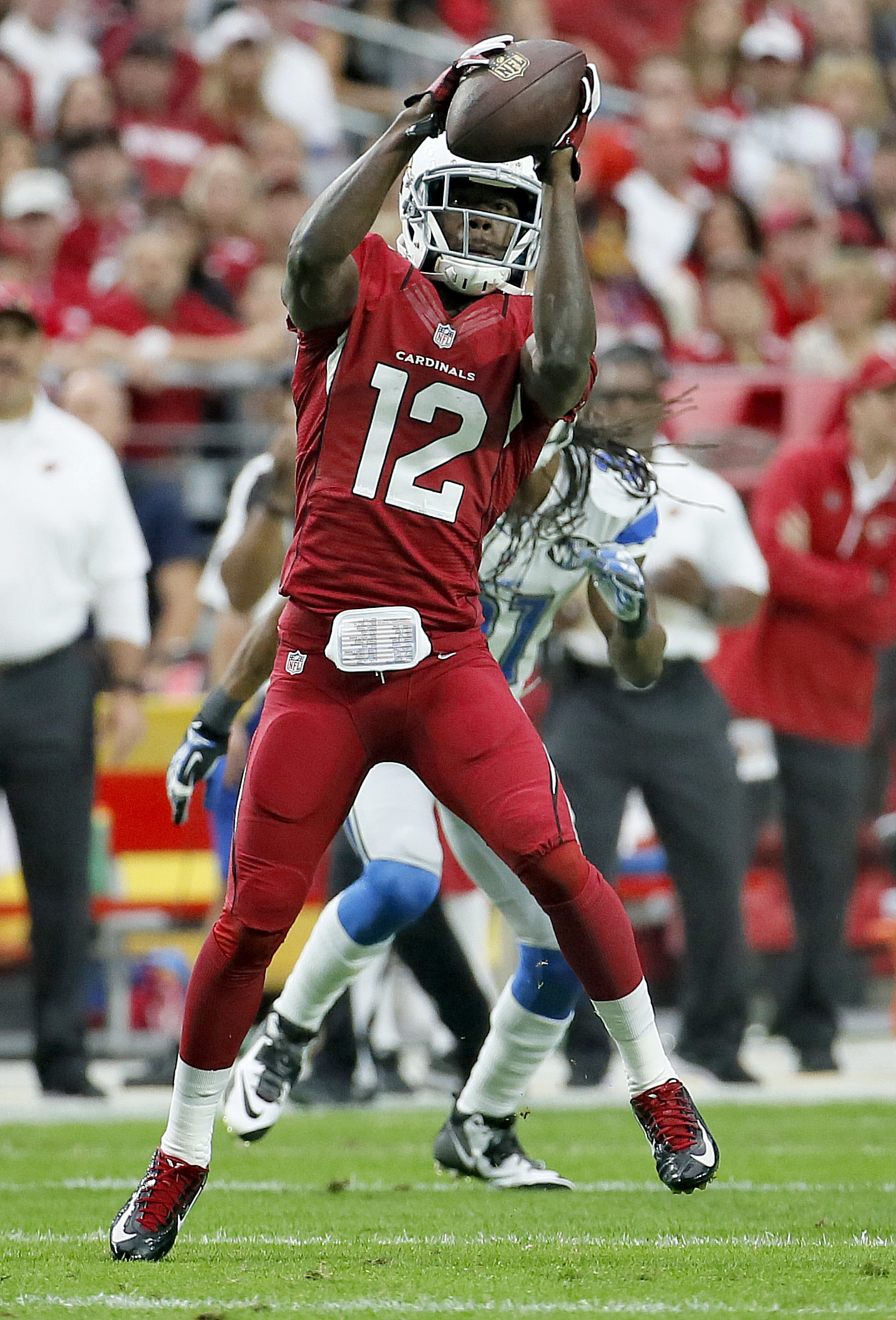 We’ll hit on the big injury news up top, then shift into positional mode. Let’s be careful out there.

• John Brown (hamstrings) is going to be a game-time decision for the Sunday match at Cleveland. Brown didn’t practice Wednesday and Thursday before a limited Friday session. You can’t blame the Cardinals if they decide to buy two weeks of Brown rest — Arizona doesn’t play in Week 9. Michael Floyd is the logical beneficiary here.

• Carlos Hyde (foot) won’t play Sunday at St. Louis and it’s possible we won’t see him until the Niners return from their Week 10 bye. San Francisco will probably have trouble moving the ball this week, but if you need a desperation play, I’d look to Reggie Bush (especially in PPR formats). As for the wideouts, Anquan Boldin (hamstring) says he’ll play this week, despite the questionable tag and his absence from Friday’s practice. I never bet against Anquan Boldin.

• Dez Bryant (foot) had a week of limited practice, though context clues point to him starting against Seattle. I’m less optimistic than most about Bryant’s potential this week, considering how much time he’s missed, Matt Cassel’s limitations, and Seattle’s outstanding secondary.

• Odell Beckham (hamstring), Steve Smith (knee) and Adrian Peterson (various) are all listed as probable, so get them in there.

• James Starks (hip) is listed as questionable, and is too risky for wait for in the Sunday night game.

• Joseph Randle won’t play Sunday and might be done as a Cowboy, period. Get ready for the Darren McFadden show.

• Eric Decker (knee) was limited in the last two practices of the week and looks like a game-day call at Oakland. It’s obviously a late start, so make sure you have a pivot play ready, if needed.

• Antonio Gates (knee) didn’t practice all week and although he’s listed as questionable, it would be a stunner if he played at Baltimore. Keep rolling with Ladarius Green.

• Ty Montgomery (ankle) missed the full week and can’t be counted on for the Sunday night game at Denver. It sounds like Davante Adams (ankle) will be back in the fold, however; he’s listed as probable.

• Cecil Shorts III (hamstring) is out, which keeps Nate Washington in our roto plans.

• Leonard Hankerson (hamstring) has been ruled out, so get your drops elsewhere.

• Ben Roethlisberger (knee) is ready to return after missing a month with his MCL injury. You worry about rust, but he’s also working with a ridiculous support cast. I think he’ll be productive against Cincinnati.

• Marcus Mariota (knee) remains week-to-week, and won’t start Sunday at Houston. More Zach Mettenberger is on the way. Given that the Titans season is already in the toilet, there’s absolutely no reason to rush Mariota back to action.

• The Browns are being coy about their quarterback situation, but it sounds like Josh McCown (multiple injuries) will start against Arizona.