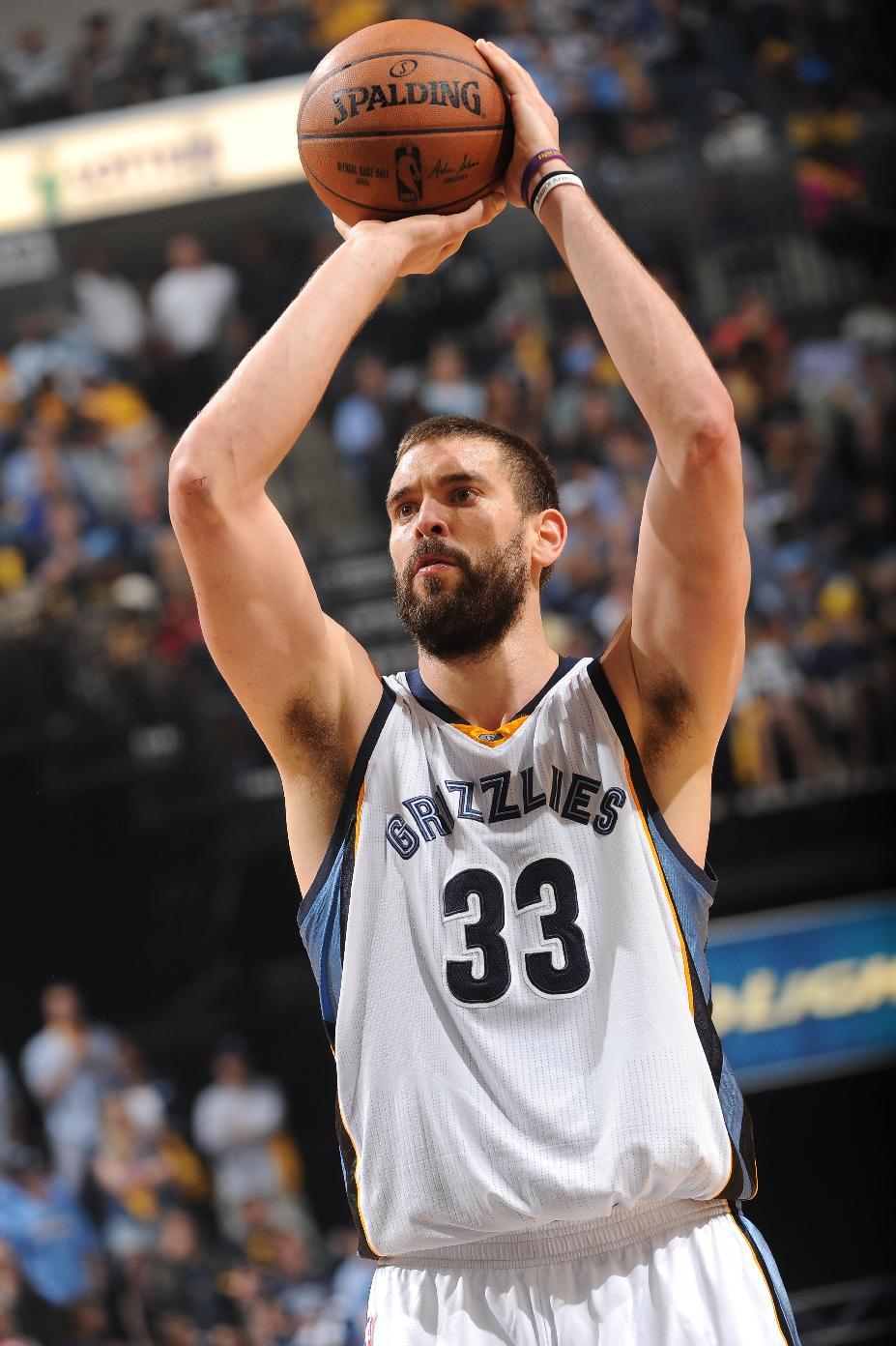 Welcome to the most straightforward preview of the 2015-16 preseason. Since their breakthrough season of 2010-11, the Memphis Grizzlies have cultivated an image as a hardnosed, grit-and-grind squad with very few deviations from that path. While players like Jeff Green have been brought in to add some versatility, the Grizzlies know exactly who they are and don’t try much to hide it from the rest of the basketball world.

That approach yielded great successes and disappointments in 2014-15. Consecutive wins in a mid-December back-to-back against the Golden State Warriors and San Antonio Spurs raised the Grizzlies’ record to 21-4, announcing Memphis as a legitimate title contender and likely more fearsome version of their usual selves. Yet that proved to be the peak of their regular season — Memphis lost their next four and went 13-11 in March and April on their way to a merely very good 55 wins. A fortunate first-round matchup with the hobbled Portland Trail Blazers led to a straightforward five-game series victory, after which they moved on to face the heavily favored Golden State Warriors.

The Warriors series encapsulated all that is good and bad about the Grizzlies. After a Game 1 loss determined in part by the absence of injured point guard Mike Conley, Memphis dominated Games 2 and 3 with the return of their masked floor general and a true First Team All-Defense performance from Tony Allen. Memphis controlled the rules of engagement against an elite team and clearly discomforted players like Stephen Curry and Draymond Green, making the best team in the league look unprepared for the occasion.

Then Golden State figured everything out, deciding not to cover Allen outside of the paint (who later fell to injury anyway) and playing Andrew Bogut as a roving defender to disrupt the Memphis offense. Consistent Grizzlies misses allowed the Warriors to open up the floor when they had the ball. Crucially, the Grizzlies had no counter without the required ability to space the floor. Injuries mattered, but the personnel on the floor mattered more.

Absent any very fortunate playoff draws, it’s likely that the Grizzlies are going to win right around 50 games and perhaps a playoff series or two before losing to a superior opponent with more options in a seven-game series. This seems to be their level, particularly after an offseason that was mostly positive but saw few paradigm-shifting changes.

It’s up to us to decide if that’s enough. The Grizzlies are very fun, usually likable, and part of the fabric of the contemporary NBA. They may not win any championships, but we will probably remember them more fondly than many more successful teams. There are worse outcomes.

If he doesn’t come back in, and I doubt he will, Tony Allen will play a total of 17 minutes in this game. Total Warriors strategic victory.

Yes, for one major reason. Entering the offseason as one of its best available free agents, All-NBA First Team center Marc Gasol took no other meetings and quietly agreed up to a five-year, $110-million max-level contract. The league’s best two-way center by a notable margin, Gasol’s return stabilized what could have been a very messy offseason. The Grizzlies would not have been themselves without him.

The summer was otherwise fairly quiet, although it did include one big addition and one media-friendly one. Forward Brandan Wright, now in his ninth NBA season, signed on a three-year, $18-million deal. The athletic Wright has never averages 20 minutes per game over a full season but boasts some of the league’s best per-minute stats. Memphis also acquired veteran pest Matt Barnes in a trade with the Charlotte Hornets, adding another defense-first wing. Barnes is limited and could be disciplined following an altercation with his ex-wife and New York Knicks coach Derek Fisher, it’s easy to see how he fits in with the whole Memphis ethos.

Rookies Jarell Martin (No. 25) and Andrew Harrison (No. 44, acquired from Phoenix) do not figure to enter the rotation this season and should spend a fair amount of time in the D-League.

It’s Wright, but let’s cheat to benefit this preview’s structure and say it’s Barnes. The 35-year-old is not the defender he once was, but as a reserve he should be able to provide an energy lift. Crucially, he is also coming off his best season as an outside shooter (36.2 percent) and should help to space the offense more than Allen and other wing options. The looks won’t be the same away from Chris Paul, Blake Griffin, and the rest of the NBA’s most efficient offense, but every little bit will help Memphis.

The biggest takeaway from the Grizzlies offense was arguably what they didn’t add — the tremendous outside shooter they have lacked since Juan Carlos Navarro returned to Spain after his lone NBA season in 2007-08. While focusing on the interior is so essential to the Grizzlies’ identity that it would be hard to imagine them as any other kind of team, their lack of three-point threats has become a major deficiency in the postseason. Memphis ranked second-to-last in three-point attempts over the regular season at 15.2 per game and saw that mark dip to just 14.0 in 11 postseason games, dead last among 16 teams and a whopping 4.2 fewer than the No. 15 Milwaukee Bucks. 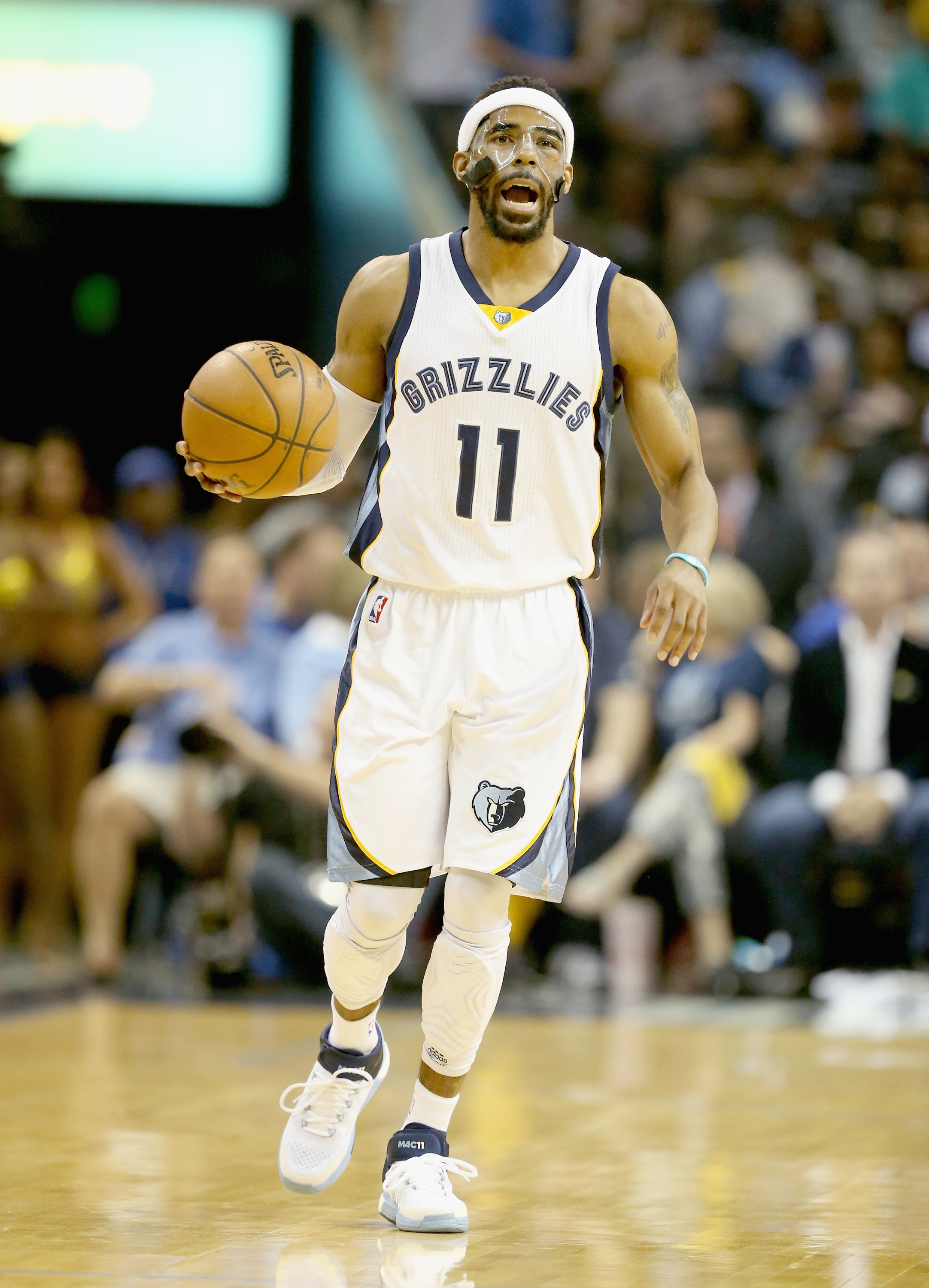 Put simply, Memphis is in a bind. Allen has been essential to many postseason wins and has earned his “Grindfather” nickname many times over, but his lack of a perimeter threat coupled with the preferred spots of Gasol and Zach Randolph ensures that the Grizzlies offense will be startlingly one-dimensional in most playoff games. Unless Conley comes through with a quality shooting night, the Grizzlies can lack any consistent perimeter shooters at all.

To say that this method goes against trend is a massive understatement. The Grizzlies have had great success in playing a style out of step with the rest of the NBA, but they have probably gone too far in the opposite direction.

The Grizzlies traded for Jeff Green in mid-January with the expectation that he would allow the team to go small and add a necessary scoring punch off the bench. Instead, they found out what anyone who has watched Green for an extended period of time knew very well — that he is a talented player who lacks the consistency and cutting edge to be more than “just fine” for a contender. Because that’s ultimately what Green was — his averages of 13.1 points on 36.2 shooting from outside with a 14.2 PER is basically are acceptable but not the mark of a player who Charles Barkley and others thought would turn the Grizzlies into an elite squad. Green is losing optimistic supporters with every passing season, and this campaign feels like the one in which he will need to make a major impact or fall into the league’s morass of superficially productive tweener forwards.

OK, now it’s time to talk about Brandan Wright. A player with a career PER of 20.6 would presumably have received some opportunity to contribute as more than a spot-duty big man asked to challenge shots at the rim and finish dunks at the other end. Yet Wright is about to suit up for the sixth team of his career. What gives?

If the stats are hollow, they have an odd way of showing it. Wright’s 2014-15 ORtg (133) and DRtg (104) say that the three teams that employed him outscored opponents by 29 points per 100 possessions with Wright on the floor, which is eight points better than MVP Stephen Curry. In 198 games over four seasons with the Dallas Mavericks, the only consistently good team Wright has ever played for, that margin was 25 points per 100 possessions. These are the stats of a superstar, not a career backup.

Wright should finally average 20 minutes per game with the Grizzlies, who must give the aging Zach Randolph more rest and keep Gasol fresh for the postseason. Frankly, if Wright doesn’t earn those minutes, it will be time to investigate potential failings that stats simply cannot measure. As of now, he is one of the more confounding players in the NBA, a sort of test case for the value of advanced analytics.

Conley or Gasol misses significant time with injury, the 34-year-old Randolph looks over the hill, Wright still can’t manage to earn more playing time, Green stays himself, Allen is more liability than asset, and the Grizzlies struggle to make the playoffs in a manner that necessitates major offseason changes.