You are here: Home / Baseball / Salvador Perez keeps fighting through pain as the Royals keep winning 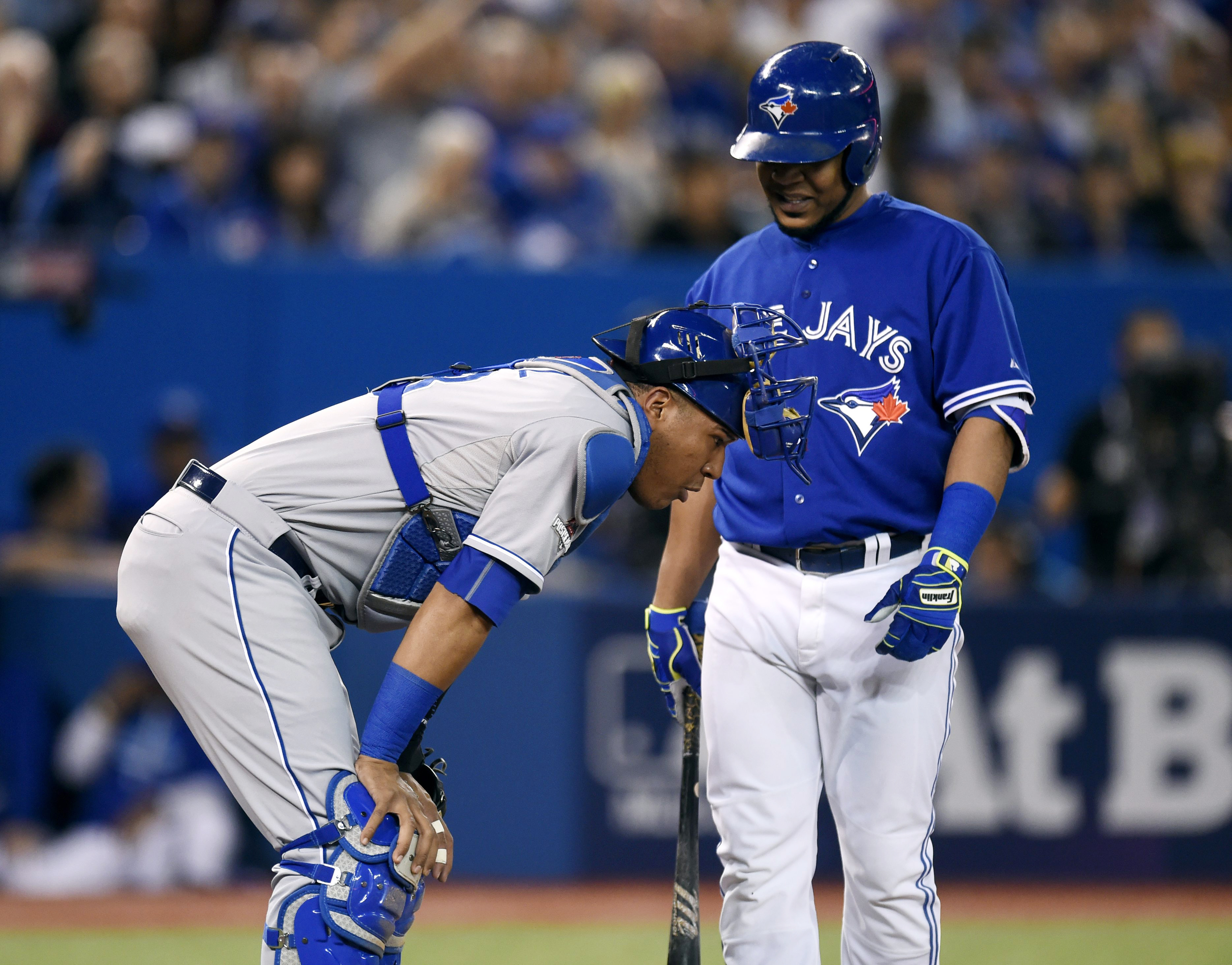 At this point, though, he’s just numb to it. The latest damage to Perez’s body came in the third inning of Game 4 of the ALCS, when a Edwin Encarnacion foul tip smashed into his chest. Perez left the field when the inning ended looking like he was in considerable pain, but of course, stayed in the game.

With the Royals comfortably in front of the Blue Jays on their way to a 14-2 win, manager Ned Yost gave his stalwart catcher a much-deserved breather, putting Drew Butera behind the plate for the last couple innings of Kansas City’s blowout victory.

“He’s fine. He took a couple of tough foul balls, one off the collarbone, one off the chin. Once we got the 10-run lead, I thought let’s get Drew in there and let Salvy have a little bit of a break,” said Yost. “He’ll be excited to go tomorrow, ready to go.”

Perez’s reputation as one of baseball’s toughest competitors has absolutely been earned. In the ALDS against the Astros alone he endured enough hurt to make a normal person call it a day. Playing through an illness, he was dinged by a couple pitches and underwent concussion testing. The discomfort isn’t limited to the field, either. On an off-day in Houston he was involved in a minor car accident. Fortunately, no one was injured.

In Game 1 of the ALCS, he was on the wrong end of Josh Donaldson backswing that jammed one of his fingers.

Yet here he is, still catching like nothing’s to it, and his play behind the plate is a huge reason why the Royals are one win away from repeating as American League champions and returning to the World Series. Hopefully in the offseason he takes some time to let his wounds heal.