How the Pacers finished within two games of a playoff spot without all-everything swingman Paul George last season is a testament to head coach Frank Vogel. With George back in the fold, the hope is that the two of them can pull Indiana from the NBA’s dreaded middle again.

Not only did the Pacers lose George for all but six games last year as a result of a gruesome broken leg during a USA Basketball scrimmage in the summer of 2014, they also let Lance Stephenson walk in free agency. Once 2014-15 began, injuries cost George Hill, David West, C.J. Miles and Roy Hibbert another 73 combined games. It was a mess, but Vogel patched together a top-eight defense out of the remaining pieces and won 38 games in the East.

Then, West declined his player option and Hibbert waived a chunk of his trade kicker, foregoing more than $13 million combined to not play for the Pacers this season. Now, Georges Paul and Hill and Ian Mahinmi are the only rotation players left from the teams that pushed the Heat to six and seven games in the Eastern Conference finals in 2013 and 2014.

As a result, the Pacers will take a different approach in 2015-16, starting George as the big forward in a small-ball lineup that now features Monta Ellis alongside Hill in the backcourt. The Pacers are essentially trying to recreate the Miami offense that ousted them from the playoffs in two straight seasons — only without LeBron James, Dwyane Wade and Chris Bosh as the pillars — and Vogel better hope it doesn’t come at the expense of his defense. 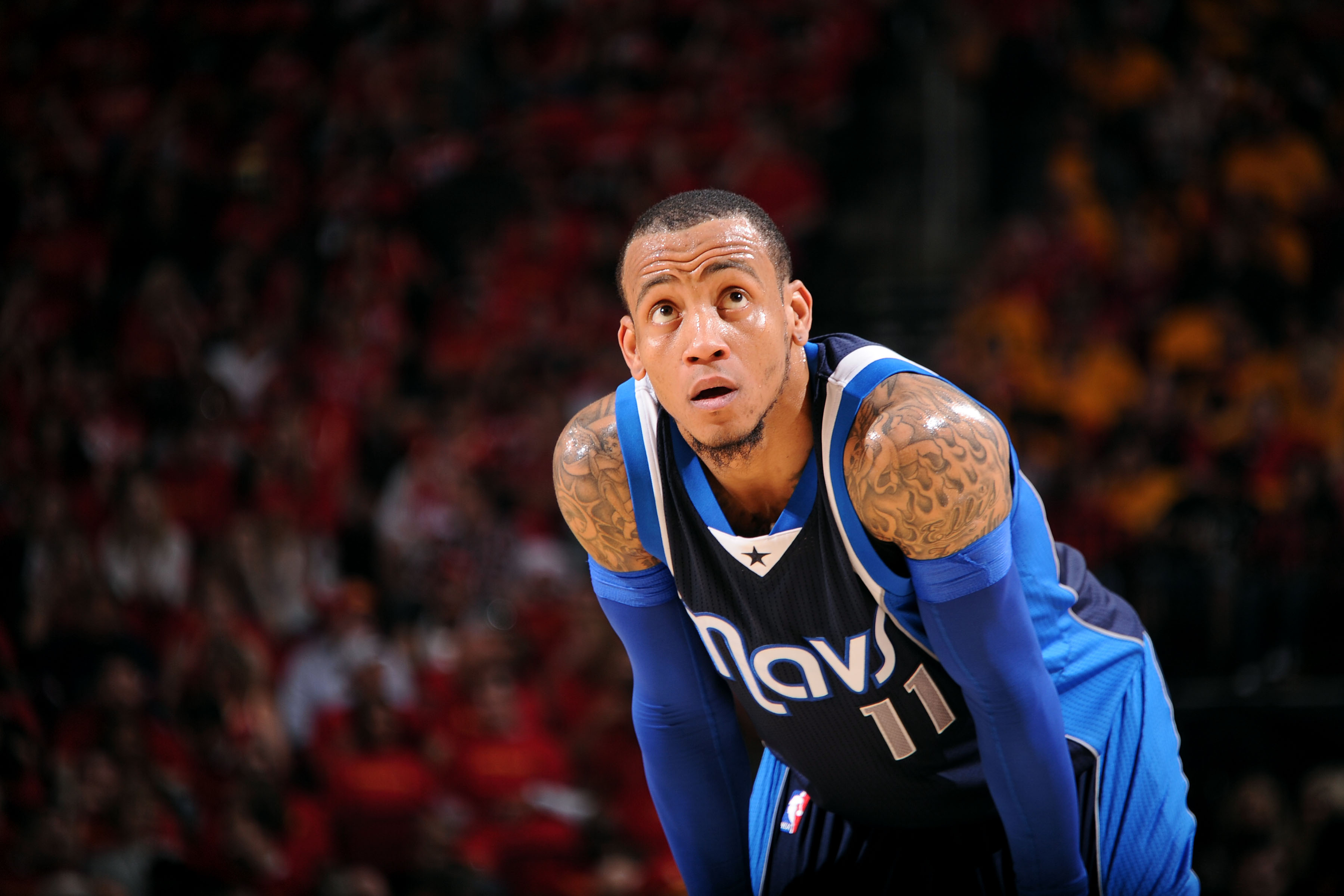 There’s really no way to tell just yet, but probably not.

In terms of leadership and talent, the Pacers will miss West most. It’s not exactly a morale booster when a guy pays $11.1 million to leave for a real contender, and then questions the front office on his way out. Struggles aside, Hibbert’s per-minute production was essentially the same last season as it had been previously, and he remained an above-average, although not quite as dominant, rim protector. The others who fled — Luis Scola, C.J. Watson, Chris Copeland, Donald Sloan and Damjan Rudez — are replaceable cogs in a retooling effort.

But is it a retool or a rebuild? The Pacers will attempt to renovate with the more athletic Ellis and Jordan Hill; rookies Myles Turner, Joseph Young and Rakeem Christmas; young project Glenn Robinson III; and well-traveled veterans Chase Budinger and Toney Douglas.

That roster doesn’t exactly scream, “Conference finals, here we come again,” but are the Pacers actually worse off now than they were a year ago? Possibly. Their two most significant additions — Ellis and Jordan Hill — were key contributors to a pair of poor defenses last season. Relying on them and a healthy George to elevate Indiana over more significantly improved rosters throughout the East is an awful tall order, even for Vogel.

After Ellis spent eight seasons scoring in volume for middling Warriors and Bucks teams, there was some concern about how he’d fit on a Mavericks team that won 50 games on cruise control. But he did well to mesh with Dirk Nowitzki & Co., leading what was the league’s best offense until the Rajon Rondo trade disrupted chemistry and depth in Dallas.

Ellis now returns to a suboptimal team on a four-year, $44 million deal that will carry him through his 34th birthday. He remains one of the game’s most explosive and dynamic scorers, but his stripes won’t change in Indiana, where he’ll score 20 points on almost as many shots a night, miss more than two-thirds of his 3-pointers and collect about twice as many assists as he commits turnovers. Ellis won’t be efficient, but he’ll be exciting.

With Ellis at the two and George at the four — a pair of high-usage players who can create on their own — the Pacers’ offense will look a whole lot different than in years past. Those two running alongside Hill, Hill and C.J. Miles should bring life to an offense that ranked among the league’s worst last season, but how will they coexist when the tough gets going?

Beyond that projected starting lineup, the Pacers have little to be excited about. Gone are productive bench players Watson, Sloan, Scola, Copeland and Rudez — all of whom contributed to the league’s second-best bench in terms of efficiency differential last season.

In their place is Budinger, who often couldn’t crack the rotation on a 16-win Timberwolves team, a handful of unproven youngsters and Toney Douglas, who traveled to China to find basketball work last season. That doesn’t really instill the fear of God in opponents, even after adding the capable Lavoy Allen, Solomon Hill and Rodney Stuckey into the bench mix.

When the Pacers wouldn’t match Stephenson’s offer in free agency and instead signed Miles to a more affordable four-year, $18 million deal, they were met with mixed reviews. Some figured Miles could never fill Stephenson’s defensive ability or playmaking. Others admired Miles’ 38.8 percent shooting on 539 attempts from 3-point range in the previous two years.

Surely, Vogel saw his 3-point shooting as an intriguing replacement for Stephenson, imagining the possibilities of George Hill and Paul George penetrating and kicking to Miles. But neither Hill nor George was available for the first 28 games of last season, and Miles struggled to find his way, averaging just 4.9 points on 27.4 percent true shooting during his first full month in Indiana. His production increased as Hill got healthier, and his length on defense was disruptive, but he was merely a glue guy with nothing to stick to last season.

With Ellis replacing the playmaking responsibilities left by Stephenson, and a healthy Hill and George returning to work, the Pacers have three creators capable of drawing defenders and finding an open Miles on the perimeter. If that space helps him get his 3-point shooting percentage back up into the 40 percent range, he’ll be a steal at $4.5 million annually.

Beyond obvious impact bigs Karl-Anthony Towns, Jahlil Okafor and Willie Cauley-Stein in the 2015 NBA Draft, Turner was the next-best center available. His 7-foot-4 wingspan and 9-foot-4 standing reach translated into 11.8 rebounds and 4.7 blocks per 40 minutes as a freshman at Texas, which could help replace some of the rim-protecting void left by Hibbert.

At just 19 years old, Turner doesn’t have the strength or experience of Hibbert, but the hope is that his athleticism — if he gets that awkward gait worked out — will make for a better fit as the Pacers adapt to the small-ball era of pace and space. And that’s where Turner offers the most intrigue, as his shooting stroke projects to extend out to the 3-point line. If that’s the case, and Vogel can field a lineup of five shooters on the floor with Ellis and George moving in space, then maybe the Pacers can recreate some semblance of that Heat offense.

If George returns to the level that saw him working as a two-way sensation capable of challenging LeBron head-to-head; if Vogel can orchestrate a top-10 defense with Ellis and Jordan Hill playing major minutes; and if Turner and the youngsters can develop faster than expected to reinforce the bench; then, the Pacers might be in the mix with the Bucks, Celtics and Raptors for the East’s sixth through eighth seeds. Stuck in the middle again.

If George requires a full season to return to an All-NBA level; if Hibbert’s absence as the last line of defense creates ripples of woes that extend to the perimeter; and if Budinger is being relied upon for major minutes in any capacity; then, maybe Indiana will have its first single-digit pick in the first round of an NBA Draft since 1989 (the immortal George McCloud).