Almost a week after announcing he would be leaving Team Alpha Male, UFC bantamweight champ TJ Dillashaw stands by his decision.

“Oh, absolutely,” said Dillashaw when asked by MMA Hour host Ariel Helwani if he was still happy with his decision, “I mean, obviously it has been tough – a lot tougher than I had imagined – I thought it was going to go over a little bit easier, but you really find out who people are when you have to make these type of decisions.” 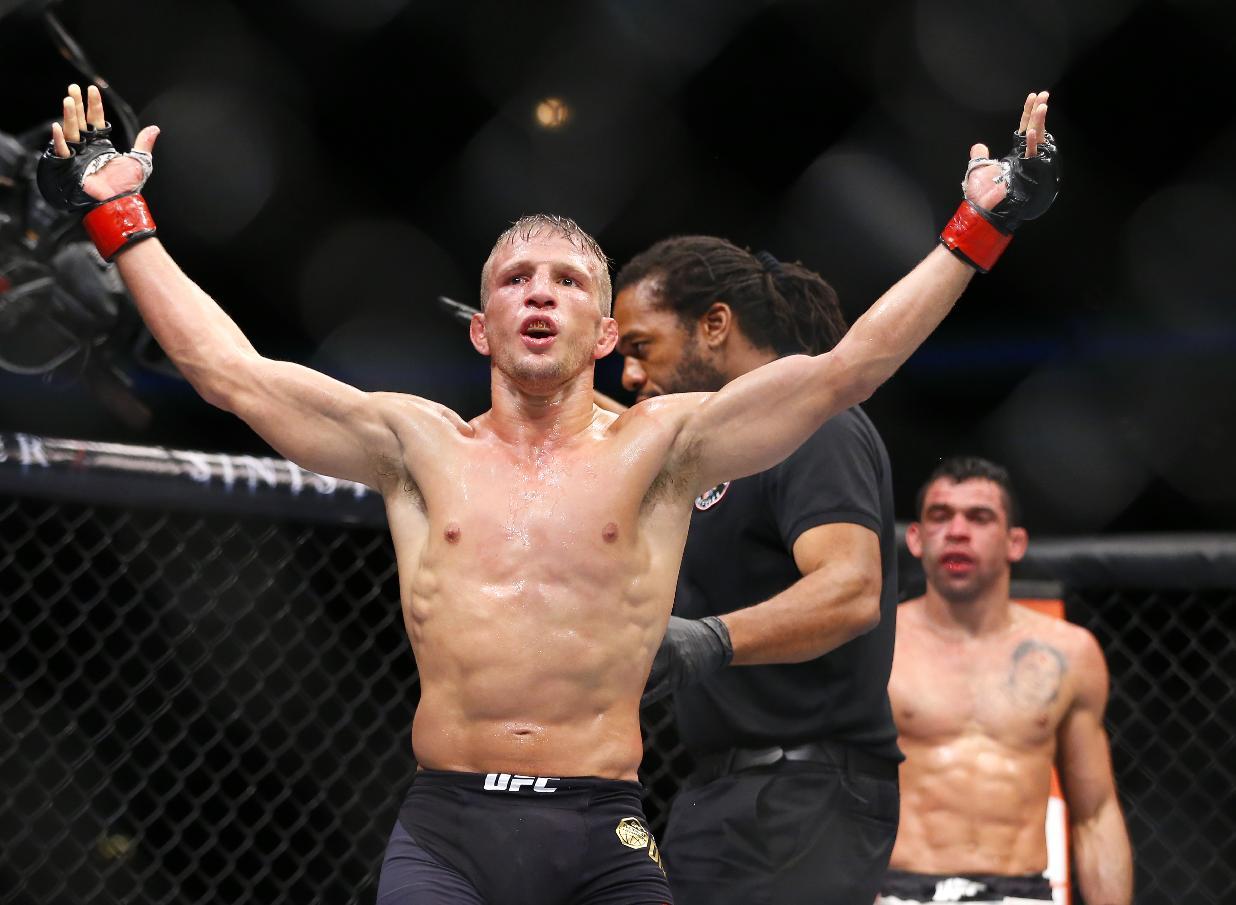 The ‘people’ he is referring to of course is Team Alpha Male head coach Urijah Faber.

Ludwig was eventually forced out at Team Alpha Male over money disputes between Faber and himself. The feud went public over the last 12 months ‘making it tough’ on Dillashaw.

So, with the Faber-Ludwig beef in full swing, Dillashaw was forced to make a career decision: He would leave the only fight team he has ever known to focus on his own training camp in Colorado with Team Elevation and Duane Ludwig.

Faber discovered Dillashaw six years ago, but he says he’s a champion because of Ludwig. He says if you go back and look at his kickboxing in the span that Ludwig was his coach, the differences are undeniable. The ‘bickering’ between Faber and Ludwig forced him to choose between his two friends.

He says Ludwig ‘built me into a champ’ and he has complete faith in his coaching.

That’s a good thing for Dillashaw, because apparently, he won’t be training in Sacramento ever again, as he revealed that he is “not allowed” to show his face at Team Alpha Male.

He admits that leaving the place he has called home for the last six years has been ‘super tough,’ but he knows the move to Colorado is the right career choice.

Now that Dillashaw is officially out at Team Alpha Male, his championship narrative takes an interesting turn.

Despite being at the top of their division, both Faber and Dillashaw have repeatedly said they would never fight each other when asked.

And before this, we believed them.

Now, it seems as if both fighters have changed their tune, with Faber saying recently that he would be more than willing to mix it up with his former protégé – an admission that apparently took Dillashaw by surprise. 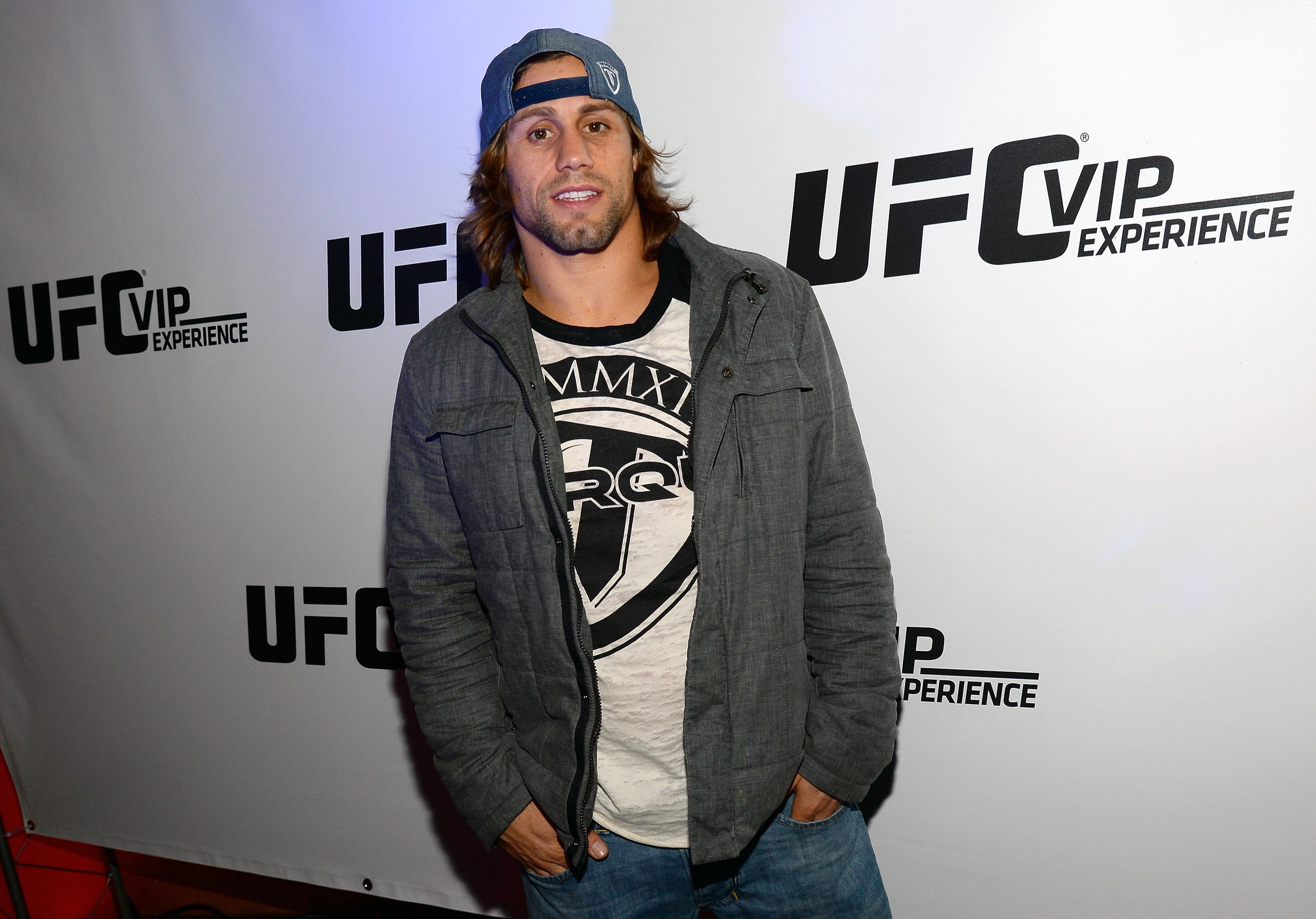 But that doesn’t mean he would say no to the fight.

“You know, I didn’t think I would be until Urijah started saying the stuff he did,” Dillashaw said. “He’s the one saying he’s more than willing to fight me. I felt we were a lot closer friends than that. I put my heart and soul into this team and I thought we were a lot closer than that. I mean, he’s obviously looking for a big fight in his career, and I think I’m [it]. I don’t want to have to do it, but you know, if I’ll be the last statement on his career, if that’s the way it’s got to be. But that’s not really the way I want to do it.”

He says that if the fight were offered today, he would take it. When asked if he is confident he could beat Faber, he said, “Absolutely.”

Dillashaw acknowledges that there is still plenty of history with his friends over at Team Alpha Male. He doesn’t necessarily want to fight Faber, but he understands that he is the champ. And when you are the champ, everyone wants what you have.

And that goes double for Urijah Faber, who, despite having one of the most storied careers in lighter-weight MMA history, has yet to attain UFC gold.

“There’s definitely a relationship with the guys,” he said of his friends and former teammates at TAM. “Even with Urijah.”

“I don’t want to have to fight Urijah. It’s not something I want to do. I think of it from his corner. I’m the champion, I have the belt.”