You are here: Home / Basketball / Thompson, other Warriors snap back at criticism from Rockets, Clippers

Thompson, other Warriors snap back at criticism from Rockets, Clippers 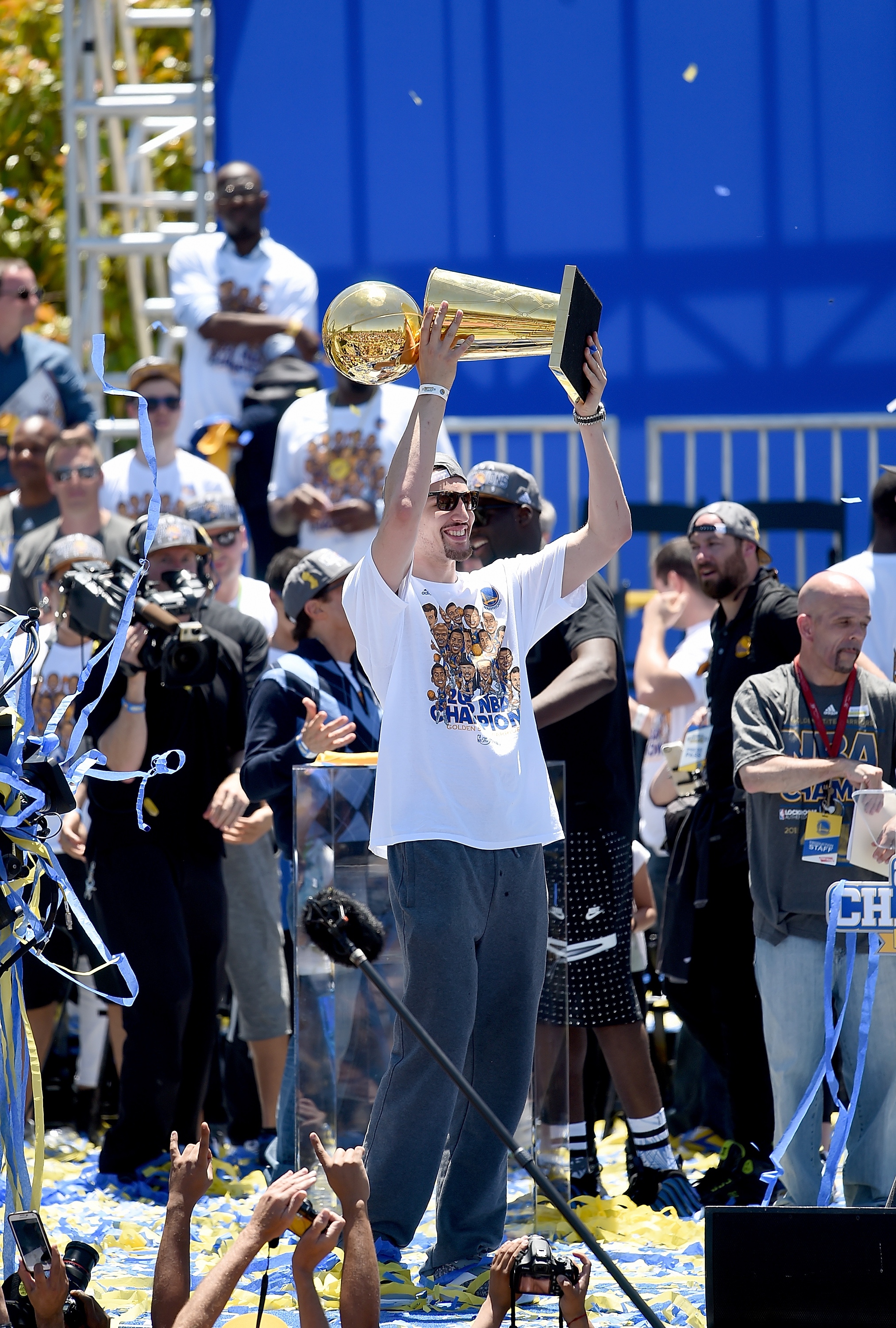 The Golden State Warriors can be forgiven for feeling a little ornery this week. One week after new Houston Rockets point guard Ty Lawson accused MVP Stephen Curry of coasting on defense in last spring’s Western Conference Finals, Los Angeles Clippers head honcho Doc Rivers stated that the Warriors were lucky to avoid them and the San Antonio Spurs on their title run. The message was clear — things went very right for the reigning champs in 2014-15, but their rivals are now revamped and ready to put forth a more serious challenge in this upcoming season.

Several Warriors players responded to these comments on Friday. Let’s start with All-Star shooting guard Klay Thompson, a player not especially well known for talking trash. He was not happy with Doc Rivers whatsoever. From Ethan Sherwood Strauss for ESPN.com:

When asked Friday about Rivers’ comments, Thompson said, “That sounds pretty bitter to me.”

Then he noted Golden State’s 3-1 series record against Los Angeles last season, saying, “If we got lucky, look at our record against them last year. I’m pretty sure we smacked them.” […]

“Didn’t they lose to the Rockets?” Thompson asked. “So that just makes me laugh. That’s funny. Weren’t they up 3-1, too? Tell them I said that, too.”

Thompson’s final word on the topic was, “I wanted to play the Clippers last year, but they couldn’t handle their business.”

Man, this is just not nice at all. Thompson not only calls out the faulty logic of the comments — he also specifically wants the Clippers to know they should be embarrassed by their late-series collapse against the Rockets in the West semifinals. He may as well have said that the Lakers will always be more popular no matter how many new clothes their parents buy them.

Thompson’s words would be notable on their own, but he was just one key Warrior to talk on the day. Curry responded to James Harden’s recent claim that he deserved MVP with a short conversation-ender (via SB Nation):

“I try not to do a lot of talking, especially (regarding) things that have passed. Obviously, you’ve got to motivate yourself and I’m sure he’s motivated this year to do some special things. I’m the same way.”

Curry might not do a lot of talking, but this is a subtle dig at Harden regardless. The first bit is basically the “If you had invented Facebook you would have invented Facebook” of NBA award arguments.

Elsewhere, center Andrew Bogut had a very Andrew Bogut response to the whole thing in an interview with KNBR, the team’s flagship radio station:

The confluence of these direct responses does not seem like a coincidence. Warriors like Draymond Green have regularly stated that the basketball world does not believe in their chances of repeating, which is an exaggeration but also a common way for a successful team to motivate itself. It’s likely that the talk of the Warriors’ vulnerability reached a critical mass and compelled the players to stand up for themselves in public. Otherwise they may have looked weak.

Whatever the motivation, these responses should make these teams’ first meetings of the season very interesting. Mark October 30 (Warriors at Rockets) and November 4 (Clippers at Warriors) on your calendars.