The Orlando Magic have all the pieces. We just don’t know how they all fit yet.

Ever-improving 24-year-old 7-footer Nikola Vucevic is the eldest statesman in a starting lineup that features a fellow mid first-round find from the 2011 NBA draft, Tobias Harris, fresh off signing a four-year, $64 million extension in restricted free agency, and three top-10 picks from the 2013 and 2014 drafts — the uber-athletic trio of forward Aaron Gordon and guards Victor Oladipo and Elfrid Payton.

Headlined by Vucevic, who was worthy of a 2014-15 All-Star invitation, even if he didn’t receive one, every member of the Magic’s young core has shown considerable promise. Mix this year’s No. 5 pick, Mario Hezonja, with an odd blend of untested youth and the team’s only players born before 1989 — Channing Frye, C.J. Watson and Jason Smith — and you’ve got arguably the league’s most unpredictable roster.

There’s a reason Orlando has picked in the top five for three straight years. They’ve been bad, like really bad. They haven’t won more than 25 games in a season and own a .276 win percentage since trading Dwight Howard in 2012. Their Magic act has been worse than The Incredible Burt Wonderstone’s Rotten Tomatoes rating.

It’s now up to prodigal son Scott Skiles to develop a cohesive unit out of this bunch in his first year coaching the Magic. His hardball approach has whipped young teams into shape in Phoenix, Chicago and Milwaukee, making playoff appearances in Year 2 of his short-lived tenure at each stop, but his act also meets a Siegfried & Roy end.

But we’re talking Year 1 here, so he’s still all right. And the Magic might be, too. 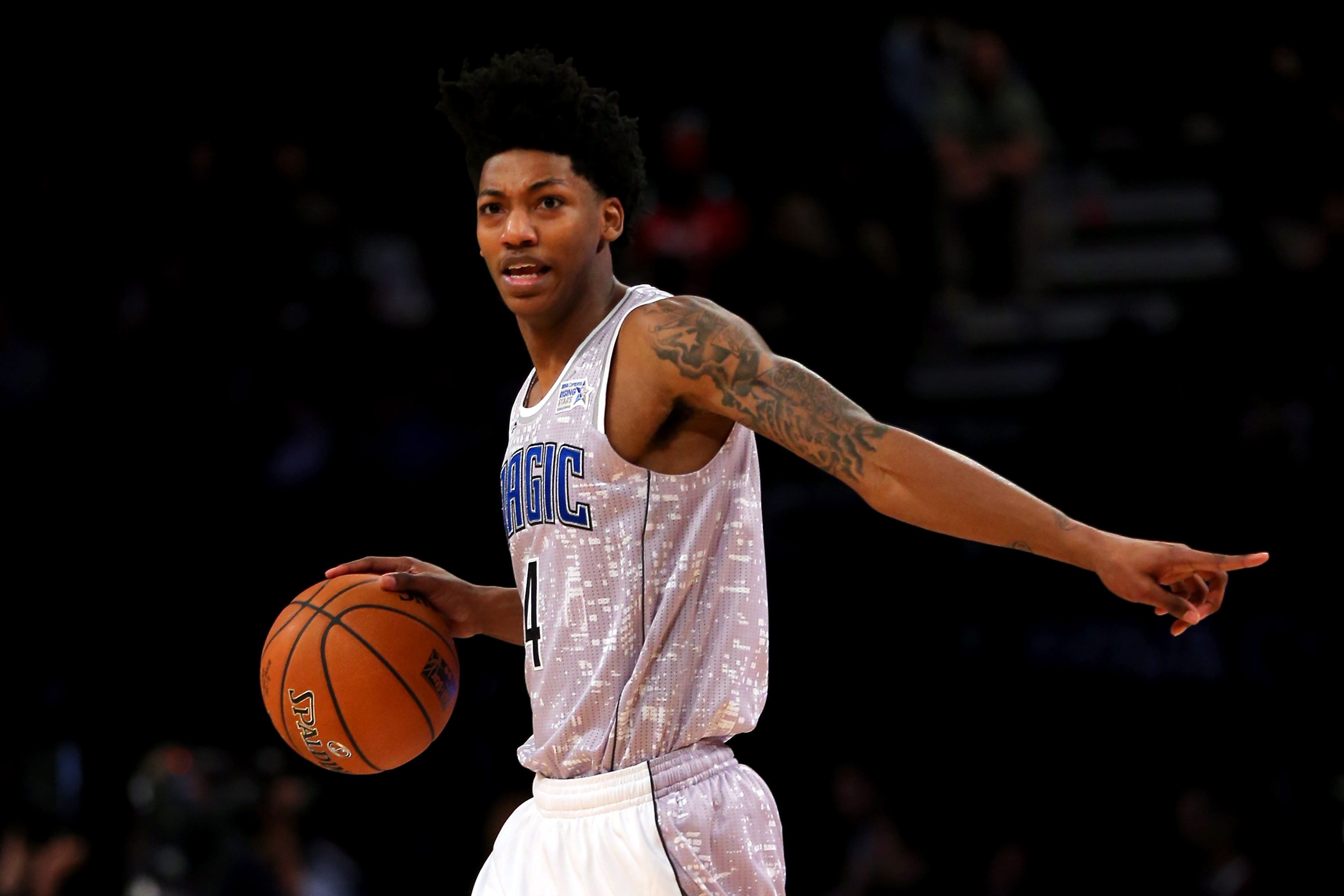 We got two coaches fired and probably went to Hooters a bunch, so all in all, not the worst year we’ve ever had. #Vooooooooch

The biggest move of Orlando’s offseason was not matching underrated and undersized big man Kyle O’Quinn’s four-year, $16 million offer from the Knicks, sending him to New York in a sign-and-trade for the right to swap future second-round picks, and then signing Knicks big Jason Smith to a one-year, $4.3 million deal.

The deal saved almost a guaranteed $12 million and maintains some flexibility for the salary cap expansion in 2016. So, that’s worth the trade-off of replacing a productive 24-year-old with a less efficient 29-year-old. Either way, the swap won’t make much of an impact, and the same goes for all Magic moves this summer.

They used their midlevel exception to sign veteran point guard C.J. Watson, who enjoyed a career year playing for his fourth different team at age 30. Watson averaged 14.4 points, 5.3 assists, 4.1 rebounds and 1.4 steals per 36 minutes, while shooting 40 percent from 3-point range for the Indiana Pacers last season. His experience should help Skiles inspire an Orlando backcourt that got even younger with the acquisition of Shabazz Napier and the departures of Willie Green and the well-traveled Luke Ridnour. Again, not exactly earth-shattering transactions.

You’re gonna like the way Mario Hezonja looks in pinstripes. I guarantee it.

We were first introduced to Hezonja as a rising draft stock in 2014, when he told global basketball site Sportando, “I just want to run over everybody,” adding, “I was called ‘the beast’ in Zagreb” — no small concession in a war-torn Croatian city.

As our own Dan Devine and Eric Freeman chronicled, Hezonja only furthered his legend in the months before and after the Magic selected him fifth overall in 2015. While playing in the Spanish ACB League, he compared himself to Barcelona soccer legend Leo Messi in February. The week of the draft, Hezonja then shared a picture of himself carrying a “fragile” package with the caption: “Ankles of the competition.”

His brash behavior translated to the basketball court this summer, where he dunked all over the Oklahoma City Thunder in summer league and dapped an opposing coach after knocking down a 3 with seconds left in a lopsided EuroBasket tune-up.

Mario Hezonja hit a 3 up 12 with 5 seconds left and then dapped the opposing coach pic.twitter.com/43LdxmgWsA

If he walks the walk as much as he talks the talk, he’ll soon be the beast of Orlando.

Well, the Magic owned the league’s fourth worse offense (99.6 points per 100 possessions) and sixth-worst defense (105.2 points allowed per 100 possessions), so take your pick. Young players often develop offensively faster than do defensively, and their scoring wasn’t helped last season, when their young guns played at a slower pace than San Antonio. Skiles addressed that immediately.

We want to do everything with pace. It’s not just how quickly you get the ball up the floor. Obviously, that’s important; we want to do that. In order to do that, though, you’ve got to stop people to get it up the floor quicker; otherwise, you’re taking it out of the net.

The term “pace” is used, and there’s a way to quantify that, and teams are ranked with regard to pace. We’d like to play with that type of pace. But, also, we kind of think about it in a different vein, too: We want to move within our offense with speed and pace, too. So both of those things we’d like to get done.

The offense should come, at least in theory.

The defense? Well, Skiles led the Suns, Bulls and Bucks as high as No. 2 in defensive rating at each stop. He has the bodies up front to stop the point of attack, as Payton and Oladipo have length and athleticism to disrupt passing lanes in the backcourt.

But the bigger problem on defense will be the frontcourt — anchored by Vucevic, a sieve of a rim protector (his opponents shoot 59.4 percent within 6 feet). Harris is also a subpar on the wing, and Gordon’s ability can only mask their issues so much. If the Magic are anything more than a pile of No. 2 on the floor, give Skiles credit. 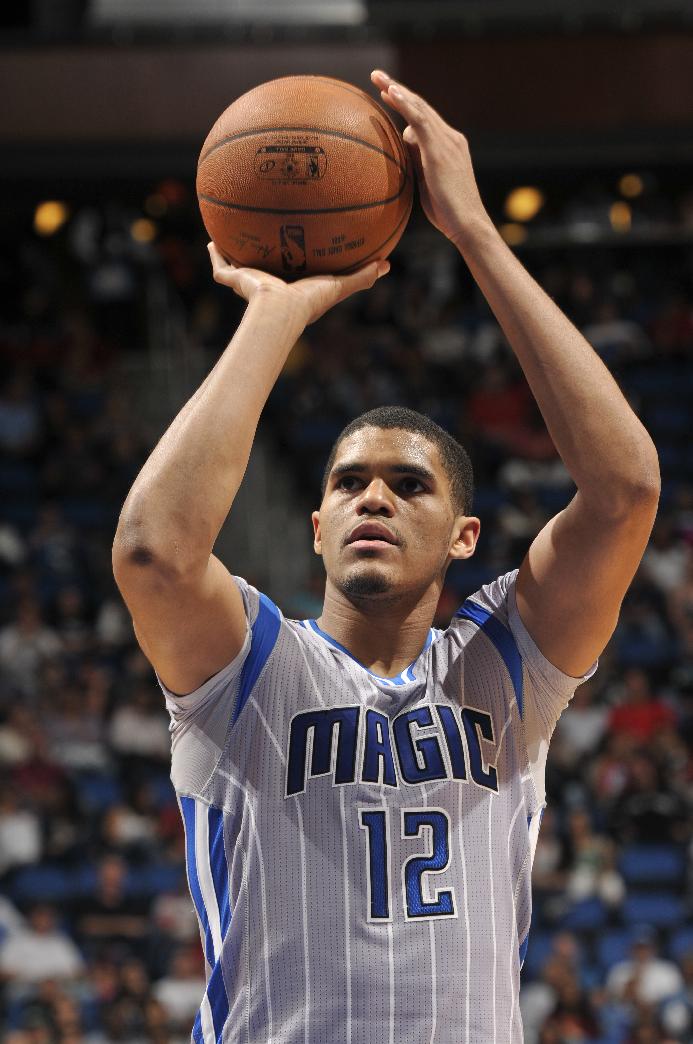 The Magic were reportedly willing to let Harris walk if he signed a max offer sheet in restricted free agency, and he supposedly turned one down from the Kings to sign a four-year, $64 million deal to stay in Orlando. Now, whether either team should have been willing to commit that kind of dough to Harris remains to be seen.

Grantland’s Zach Lowe, as usual, wonderfully detailed the dilemma teams face offering big money to guys putting up good stats on bad teams. Harris was the archetype, averaging 17.1 points (55.1 true shooting percentage) and 6.3 rebounds for a 16.7 player efficiency rating on the 25-win Magic — the sort of numbers that commanded a $16 million annual salary this summer — but the Detroit Pistons and Boston Celtics were among the teams not willing to go beyond $64 million.

So, the 23-year-old returns to Orlando, where he’s a good fit as a big small forward or small big forward on a developing team with an open swing spot. If he improves his defense and shot selection under Skiles, the Magic will look back on the summer and wonder how they got him for only $16 million. And if he puts up empty stats on a team that’s picking in the lottery again next June, well, that’s the gamble, isn’t it?

We probably shouldn’t move on to the next section without at least mentioning Channing Frye, who wasn’t quite the impact player the Magic imagined when they signed him as a veteran leader for four years and $32 million in 2014. His numbers dipped as a result of a preseason knee injury, and while he still made 39.3 percent of his 346 3-pointers in 2014-15, Orlando will be banking on a bounce-back season.

Foot surgery derailed Gordon’s rookie season, and a broken jaw has kept him out of training camp, but in between we’ve seen encouraging signs he’ll be worth a No. 4 overall pick. Competing against his inexperienced peers in the Orlando summer league, he dominated to the tune of 21.7 points, 11.7 boards, 2.7 assists, 1.7 blocks and 1.3 steals, while, most shockingly, shooting 50 percent from 3-point range.

Gordon’s shot was the one thing missing from his game on just about every draft profile you’ll read. If he developed a jumper, he could be a game-changer for the Magic. Then again, you can probably say the same about an aspect of each young Orlando stud’s game — if Payton takes care of the ball, if Oladipo can run the pick and roll, if Vucevic can improve as a rim protector, if Harris takes better shots, etc.

And if all of those things happen, then what’s the next act to this Magic show? They could be in the muddled Eastern Conference battle for the 6-7-8 seeds, for sure. The Philadelphia 76ers are the only East team we can definitively pencil in for the lottery next June right now. Everybody else at least has an outside shot at the playoffs.

The Bucks made marginal improvement and missed the postseason in Year 1 under Skiles, then won 48 games and took their first-round series to seven games the following season, and that kind of feels like the trajectory for this Orlando squad. But if their young core makes a leap all at once, then they could be ahead of schedule.

They plateau as a group, it becomes evident there’s not a star among them, and they’re right back where they started when Howard left — picking from the top five and trying to make the pieces fit.