You are here: Home / Basketball / Kurt Rambis says Kristaps Porzingis is a combo of Pau and Dirk 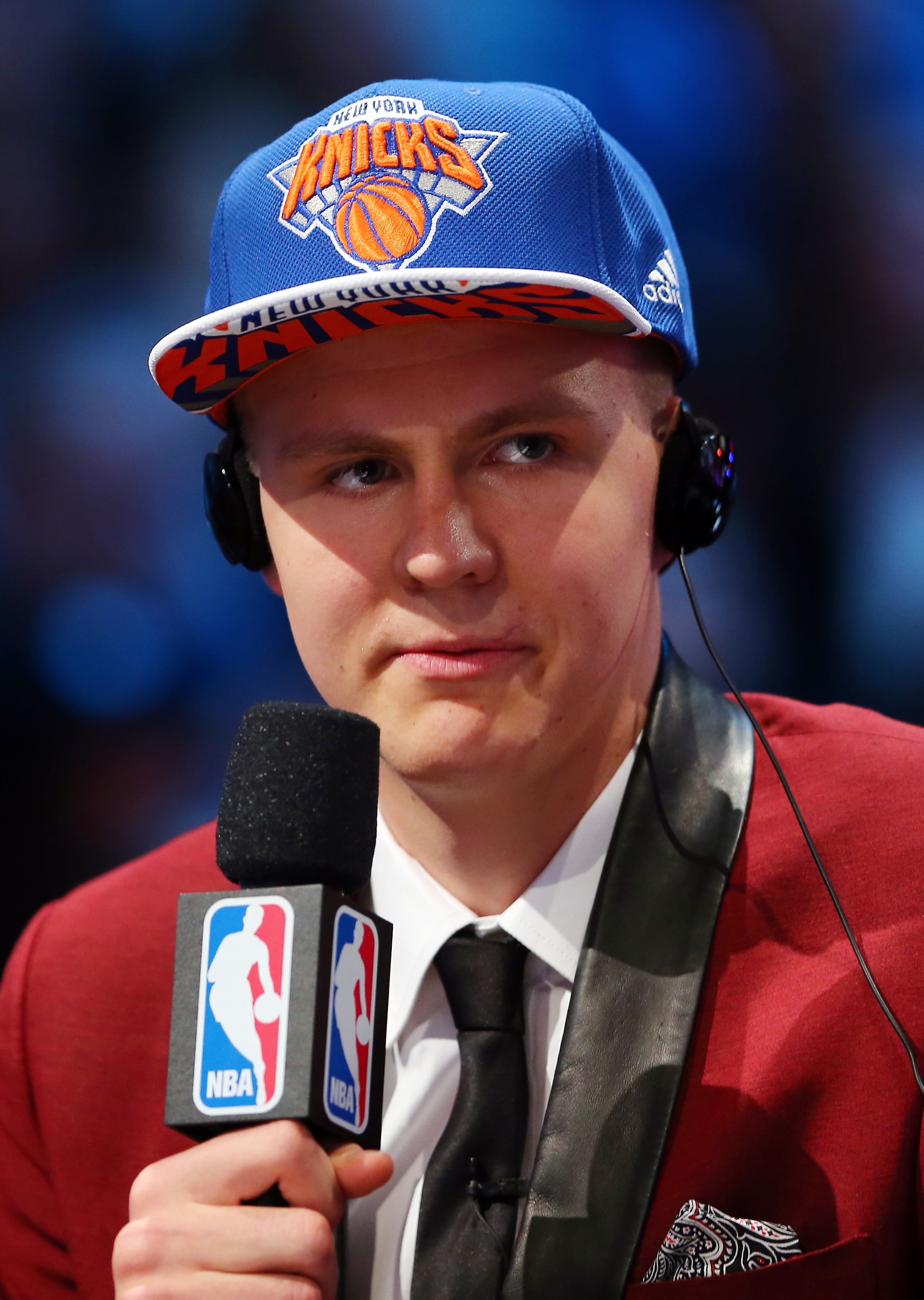 New York Knicks rookie big man Kristaps Porzingis was always going to face doubts from a fan base used to questionable management decisions and a general lack of foresight. The 20-year-old Lithuanian and No. 5 pick in last June’s draft not only comes to Madison Square Garden with the expectations that come with performing for one of the NBA’s marquee franchises — he also must contend with longstanding fears over the merits of foreign prospects and the worry that he could turn into one big bust. It’s also likely that these issues will follow Porzingis until he proves that he can have a long and fruitful pro career.

Yet it was also fair to guess that Porzingis’s bosses would not make his adjustment to the NBA game even more difficult by trotting out extreme comparisons before he had even played an official game. Team president Phil Jackson compared Porzingis to notorious dunk victim Shawn Bradley several week ago, which caused the player himself to comment that he is committed to adding lower and upper body strength and will not wilt against tougher opponents.

Associate head coach Kurt Rambis has now put Porzingis in a difficult position from the other direction, comparing the rookie to the two most successful European players of all time. From Marc Berman for the New York Post:

“When he was bringing the ball up in a fast-break situation, for a 7-3 guy, that’s tremendous,’’ said Rambis, a former assistant on Jackson’s Lakers staff. “He’ll be able to play with his back to the basket, facing the basket, handle the ball. We like his defense, too. Not too many players have his mobility and length.”

Perhaps the most successful European big men in recent times are Gasol, whom Rambis coached, and Nowitzki.

“He might be a combination of both of them,’’ Rambis said. “He can do so many things. You guys haven’t seen it yet. And some of it won’t come out for three, four, five years, either. He’s got to grow up, mature, develop, get stronger and [get] used to the NBA game. He already understands basketball and knows what to do, and he’s an unselfish player. He makes really good decisions. It wasn’t like he was a blank slate coming here.’’ […]

“He’s got 3-point range — like effortless 3-point range, too,’’ Rambis said. “It’s not even hard for him to shoot for distance.’’

To be fair, Rambis also mentioned that Porzingis will need to adjust to the NBA game — the article is largely about why someone who turned 20 years old in August could be best served coming off the bench as a rookie. Nevertheless, talking up a young, largely unknown European prospect as if he were the love child of two Hall of Famers smacks of the same faulty logic that caused names like “Tskitishvili” and “Darko” to become curse words. The comparison sets up Porzingis for failure, because there is no way that he will be the Dirkau Nowitsol hybrid that it suggests. That player would be the most complete big man that the NBA had ever seen, European or not.

It’s common to blame the fate of a draft bust on the player himself, but team fit can often contribute just as much as the athlete’s own deficiencies. Professional success depends on too many factors to blame everything on the player in question. For instance, imagine what might have happened to Carmelo Anthony if he had been drafted at No. 2 in 2003 by a Detroit Pistons team already reliant on Tayshuan Prince and Richard Hamilton. Would Melo have become a star? Or would he be remembered as the young kid whose growing pains kept the Pistons from competing for a title and/or picking up a much-needed power forward at the deadline (you know, like Rasheed Wallace)? Conversely, what if Darko Milicic had ended up with a team that would have allowed him to develop on his own time? He may not have become a star, but he also could have worked his way into a much better career.

I don’t mention this tendency to claim that Porzingis will absolutely fail with the Knicks, because that would be just as irresponsible as saying he’s all the best parts of two future Hall of Famers. But the stakes are high for the Knicks at this moment, particularly as they attempt to sell fans (and themselves) on what should be a lengthy rebuilding process. It will take time and require maintaining sensible level of expectations from season to season. Due to his draft position, Porzingis now occupies an important spot in this process.

So why put him in a position to fail when we don’t even know what he’ll do in an NBA context? Even his Dirk Nowitzki struggled as a rookie.