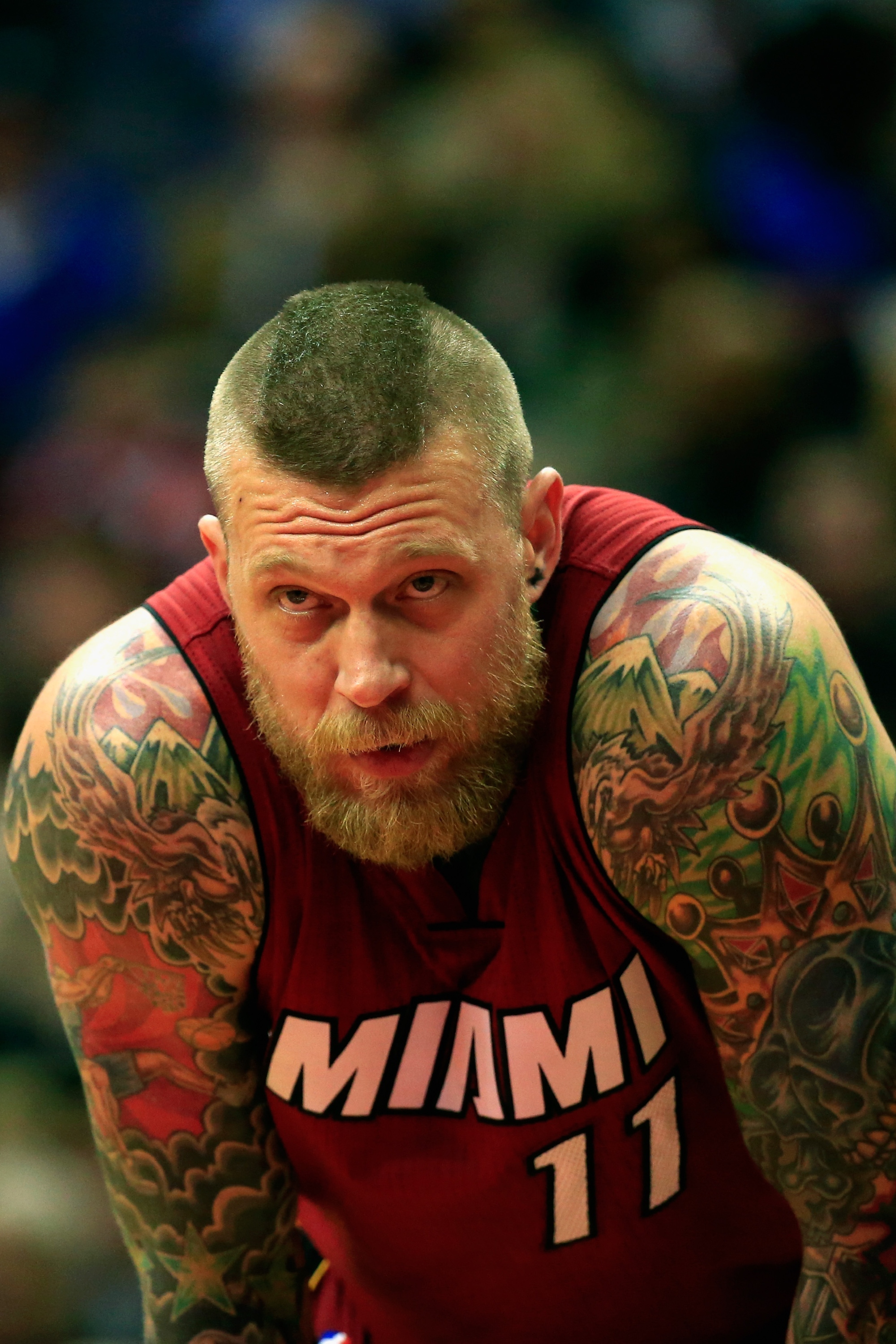 Every aging NBA player must confront the possible end of his career. Kudos to Chris ‘Birdman’ Andersen, then, for putting that decision off for as long as possible.

The 37-year-old Andersen held court at the Miami Heat’s media day on Monday and answered questions about his future. And he plans on being around for a long time. From Jason Lieser for the Palm Beach Post:

Did you ever ask the Heat for clarity on trade rumors?

“No. I don’t have time to worry about something that’s not in my control. I just allow the business to take care of itself. You can’t believe nothing you hear and half of what you see. That didn’t bother me not one bit.”

Have you thought about how many more years you want to play?

“I’ll be out there with a walker shooting 3s.”

Don’t worry, everything got a shade more serious after that:

That’s your end-game here, to be a 57-year-old 3-point specialist?

“Yeah, yeah man. But I’ll be 70 years old there. Wait, that’s wrong math. So like I was saying, I’ve got about two more years, three maybe. Something like that. Not counting this year. Two or three after this season. Are you trying to say I’m old?”

Glad we got that squared away. But how does Andersen stay in shape?

Is it good genes?

You know it’s time to ask and answer serious basketball questions when the homophone jokes make an appearance.

Andersen was obviously just having a bit of fun with the media here, but it’s still fun to imagine him as a 57-year-old three-point specialist with a low-budget outdoorsmen reality show that gets beamed directly into your specially implanted brain-puter.

I mean, lose the tattoos and hair and is there any difference between this player and Steve Novak? He already has a 57-year-old’s defensive agility.