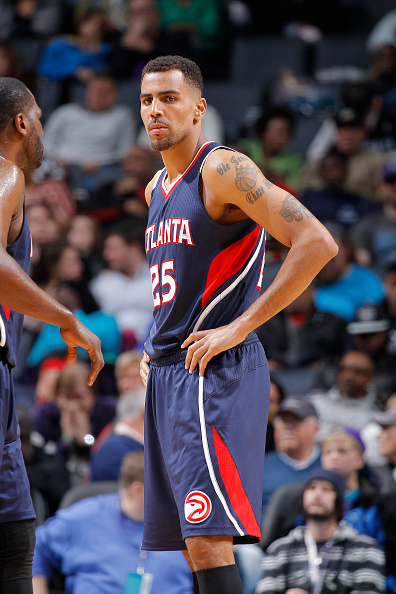 Atlanta Hawks wing Thabo Sefolosha will soon have the opportunity to air his grievances with the New York City Police Department. The NYPD offered the 31-year-old NBA veteran a conditional dismissal of charges stemming from the April 8 nightclub incident involving the stabbing of Indiana Pacers forward Chris Copeland and a season-ending broken leg for Sefolosha, but he will pursue a full dismissal of charges (one count of disorderly conduct and one count of resisting arrest). Sefolosha has previously said that the NYPD caused his injury due to an excessive use of force.

Danny Knobler of the Atlanta Journal-Constitution has more:

Hawks player Thabo Sefolosha will go to trial Oct. 5, determined to prove his innocence in a case stemming from an incident outside a New York nightclub.

Prosecutors dropped all charges against former Hawk Pero Antic in a Wednesday morning hearing in Manhattan. But they offered Sefolosha only a conditional dismissal, which he turned down in favor of going to trial to seek full exoneration. […]

In New York State Criminal Court on Tuesday, prosecutors said that their investigation showed Antic told Sefolosha to “calm down” and that because the officers suffered no injury, they were dismissing the Antic charges “in the interest of justice.”

For Sefolosha, though, they offered only an adjournment in contemplation of dismissal (ACD), asking him to perform a day of community service and agreeing to dismiss and seal the file in six months as long as he avoided further trouble. Sefolosha declined that offer in favor of either a complete dismissal or a trial before a jury.

Hawks training camp begins on September 27, but Sefolosha has not yet been cleared for basketball activities and has set the team’s regular-season opener as a more attainable return date.

Sefolosha’s desire for a trial could go beyond the legal ramifications of the conditional dismissal. The Swiss national has not been shy about proclaiming his dissatisfaction with the actions of the NYPD on that night, and a trial could be the best venue for a full accounting of how those events proceeded. To that end, Sefolosha can also still pursue a civil trial to receive compensation from the police for his injuries and related damages.

Regardless of legal questions, the NYPD would almost certainly prefer for this story to go away, particularly given widespread concern over the department’s history of racial profiling and Wednesday’s incident involving the mistaken detainment of retired tennis star James Blake by five officers using what sounds like unnecessary force.

We will continue to provide updates on this story as Sefolosha’s trial progresses.