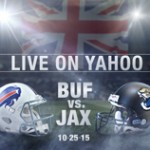 Julius Thomas now expected to miss significant time with finger injury The Jacksonville Jaguars spent big money on a splashy free-agent addition, former Denver Broncos tight end Julius Thomas. The Jaguars are going to have to wait a while to see him in action though. Thomas is expected to need surgery on a tendon in his finger and will miss 4-5 weeks, according to ESPN's Adam Schefter. He is … END_OF_DOCUMENT_TOKEN_TO_BE_REPLACED

Matchday Wrap Up: Monday Morning Manager - WK4 It took all of 16 minutes into the week’s first match for Week 4 to become “a red card week” and it just never let up much to the detriment of our entertainment.  There is only so much that you can say about red cards so I’ll move on to some other big storylines as well in the introduction but first, a few comments on those red cards: Arsenal … END_OF_DOCUMENT_TOKEN_TO_BE_REPLACED

Can Phil Kessel break 40 goals with Pittsburgh Penguins? There’s an expectation that Phil Kessel is going to reach new and exciting offensive heights with the Pittsburgh Penguins. His career best numbers were achieved in 2011-12: 37 goals and 45 assists for 82 points in 82 games. (Although he had a higher points-per-game average of 1.08 in 2012-13 and a higher goals per game average in … END_OF_DOCUMENT_TOKEN_TO_BE_REPLACED 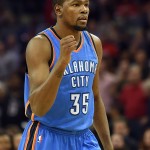 BDL 25: Kevin Durant is back to score at will and dominate headlines The NBA offseason has brought many changes to rosters, coaching staffs, and the list of championship contenders. As we draw closer to opening night, it's time to move our focus from the potential impact of each offseason event and onto the broader issues that figure to define this season. The BDL 25 takes stock of, uh, 25 … END_OF_DOCUMENT_TOKEN_TO_BE_REPLACED

FanDuel college football lineup picks, advice and strategy for Thursday, Sept. 3 - SportingNews.com Updated at 12:46 p.m. ET Looking for the best way to assemble your FanDuel college football lineup for Thursday's NCAA football season-opening schedule? Below, I've pieced together an optimal FanDuel lineup with my top picks and sleepers, along with my thoughts and FanDuel strategy. Notice I stayed … END_OF_DOCUMENT_TOKEN_TO_BE_REPLACED

The Phoenix Suns reportedly have no plans to deal the disgruntled Markieff Morris You’ll recall that Phoenix Suns forward Markieff Morris suffered through a terrible season, mostly of his own design, in 2014-15. He clashed with the team’s coaching staff, the league’s referees, allegedly an assault victim in Philadelphia, the Phoenix fans; and in the Suns’ pursuit of LaMarcus Aldridge during … END_OF_DOCUMENT_TOKEN_TO_BE_REPLACED 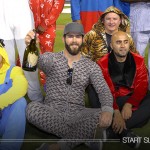 Jake Arrieta's no-hitter made even more memorable by Cubs' postgame pajama party Can you think of a better way to celebrate a no-hitter than a pajama party? That's exactly what the Chicago Cubs did following Jake Arrieta's no-no Sunday night at Dodger Stadium. Cubs manager Joe Maddon has been doing themed road trips with his teams since his days with the Rays, and he's brought the … END_OF_DOCUMENT_TOKEN_TO_BE_REPLACED

College football's top 35 wide receiver groups for 2015 AthlonSports.com is a leading website for preseason and in-season football previews, predictions, rankings and analysis. While offensive and defensive lines are arguably more important to the success of any college football team, it’s the skill talent – running backs or receivers – and quarterbacks that generate most of the preseason … END_OF_DOCUMENT_TOKEN_TO_BE_REPLACED