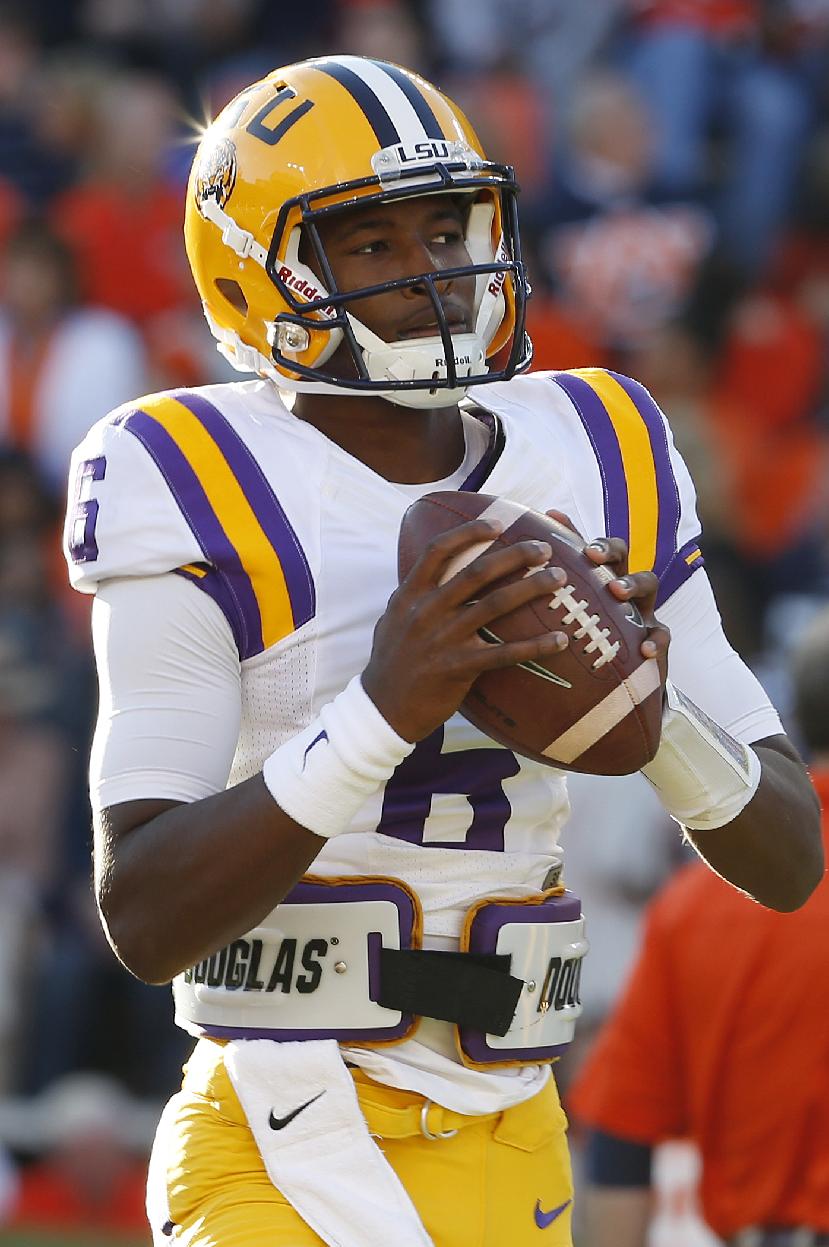 LSU has its starting quarterback. Coach Les Miles said Monday evening that Brandon Harris had beaten out Anthony Jennings for the job.

“Brandon Harris, he’s throwing the ball more accurately,” Miles said via the Baton Rouge Advocate. “He’s done everything we’ve asked him to do.”

Miles did say that both Harris and Jennings would see playing time against McNeese State on September 5. While the Cowboys gave Nebraska a big scare in 2014, it wouldn’t be surprising if a lot of LSU’s backups see the field in the second half.

[Check out Dr. Saturday on Tumblr for things you won’t see on the blog]

Harris was considered the frontrunner for the job despite receiving less playing time than Jennings did in 2014. He started just one game in 2014 and it was a disaster. As the Tigers lost 41-7 to Auburn, Harris was 3-14 passing for 58 yards. 52 yards came on one completion.

Jennings started LSU’s 12 other games in 2014, though he wasn’t much better. He completed less than 50 percent of his passes. LSU’s passing offense was dreadful throughout the season. The Tigers were ahead of only Wisconsin, Minnesota, Georgia Tech and Boston College among Power Five teams in passing in 2014. Though it is important to note that those teams all excelled at running the football; LSU’s Leonard Fournette is a 2015 Heisman candidate.

Jennings was arrested over the summer with two LSU teammates after they went to retrieve items from someone else’s apartment. None of the players were formally charged.

Harris’ high school coach said in January that he wanted Harris to transfer to revive his career. Now that Harris has the starting job, that doesn’t seem too necessary does it? Harris was a four-star recruit and the No. 5 dual-threat quarterback in the class of 2014.