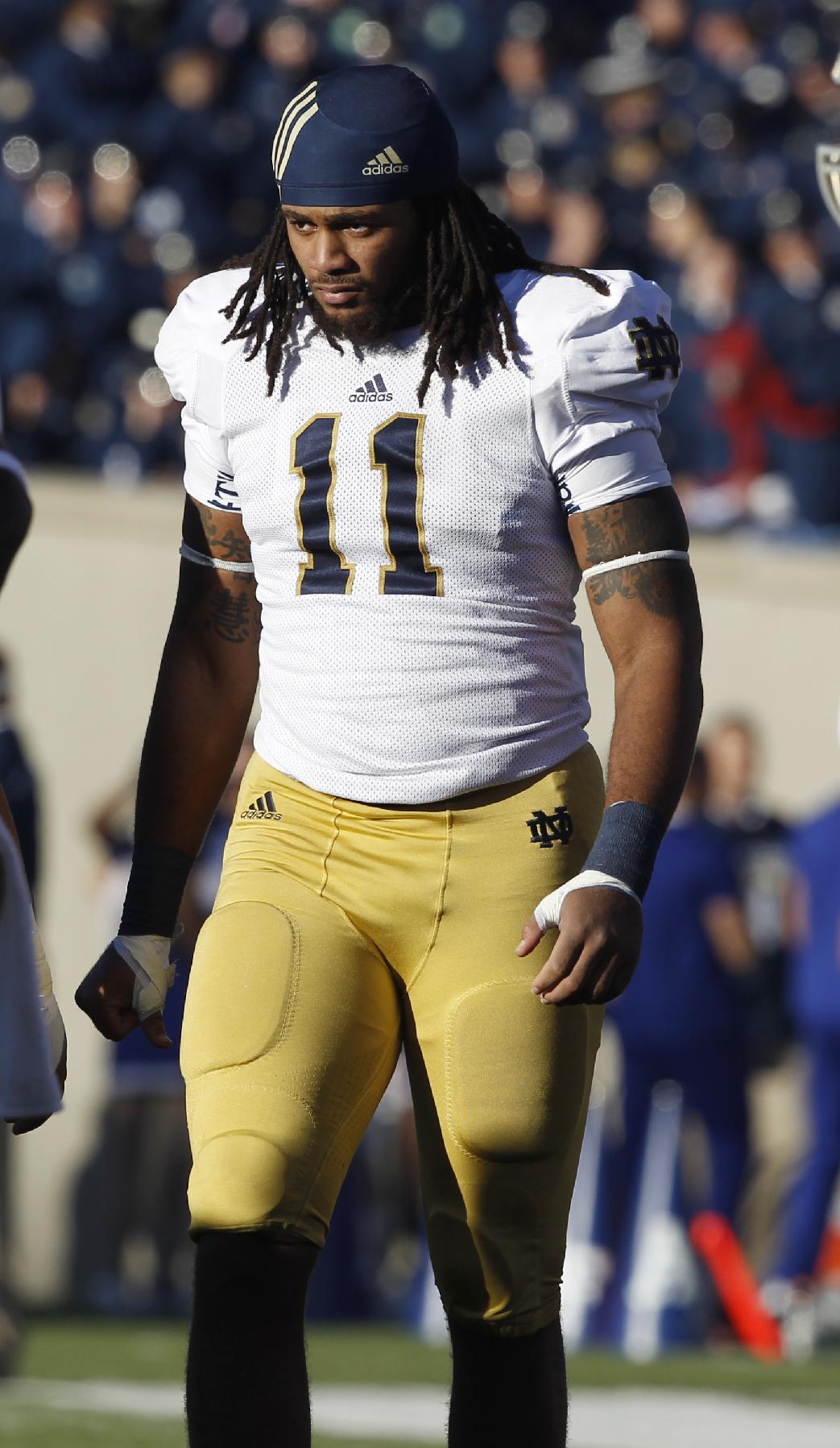 Notre Dame defensive lineman Ishaq Williams will not play in 2015.

Fighting Irish head coach Brian Kelly announced Thursday that Williams, who was one of five players suspended for his involvement in an academic fraud investigation before the 2014 season, was denied a waiver by the NCAA.

“We heard back from the NCAA on Ishaq Williams and his appeal was denied. He will not compete,” Kelly said per BlueandGold.com. “We knew and I think Ishaq knew it was going to be an uphill fight, but where he never wavered was coming back to school and getting his degree. The silver lining here was he is in school and we’re very optimistic that he’ll be able to finish his degree here in the short term.”

As Kelly mentioned, Williams was able to re-enroll at Notre Dame this summer but still faced eligibility issues – issues that were too big to overcome in the NCAA’s eyes evidently.

Though he can’t suit up for the Fighting Irish, Williams will remain on scholarship won’t count toward the team’s 85-man limit. Additionally, Kelly said Williams still will have a locker and will be able to use the team’s facilities.

“I think he’s going to get himself organized academically now that he has finality with this and I think he’s still interested in maybe pursuing the NFL, but he’s still kind of figuring out what he wants to do,” Kelly said.

Williams played in 35 games for the Irish in three seasons and totaled 45 tackles, six tackles for loss and one sack.

Cornerback KeiVarae Russell, a two-year starter, was cleared to return by the NCAA earlier this month despite being suspended under similar circumstances as Williams.

Ranked No. 12 in Dr. Saturday’s preseason Top 25, Notre Dame opens its season at home against Texas on Sept. 5.