You are here: Home / Basketball / Brandon Jennings is cool with coming off the Pistons bench

Brandon Jennings is cool with coming off the Pistons bench 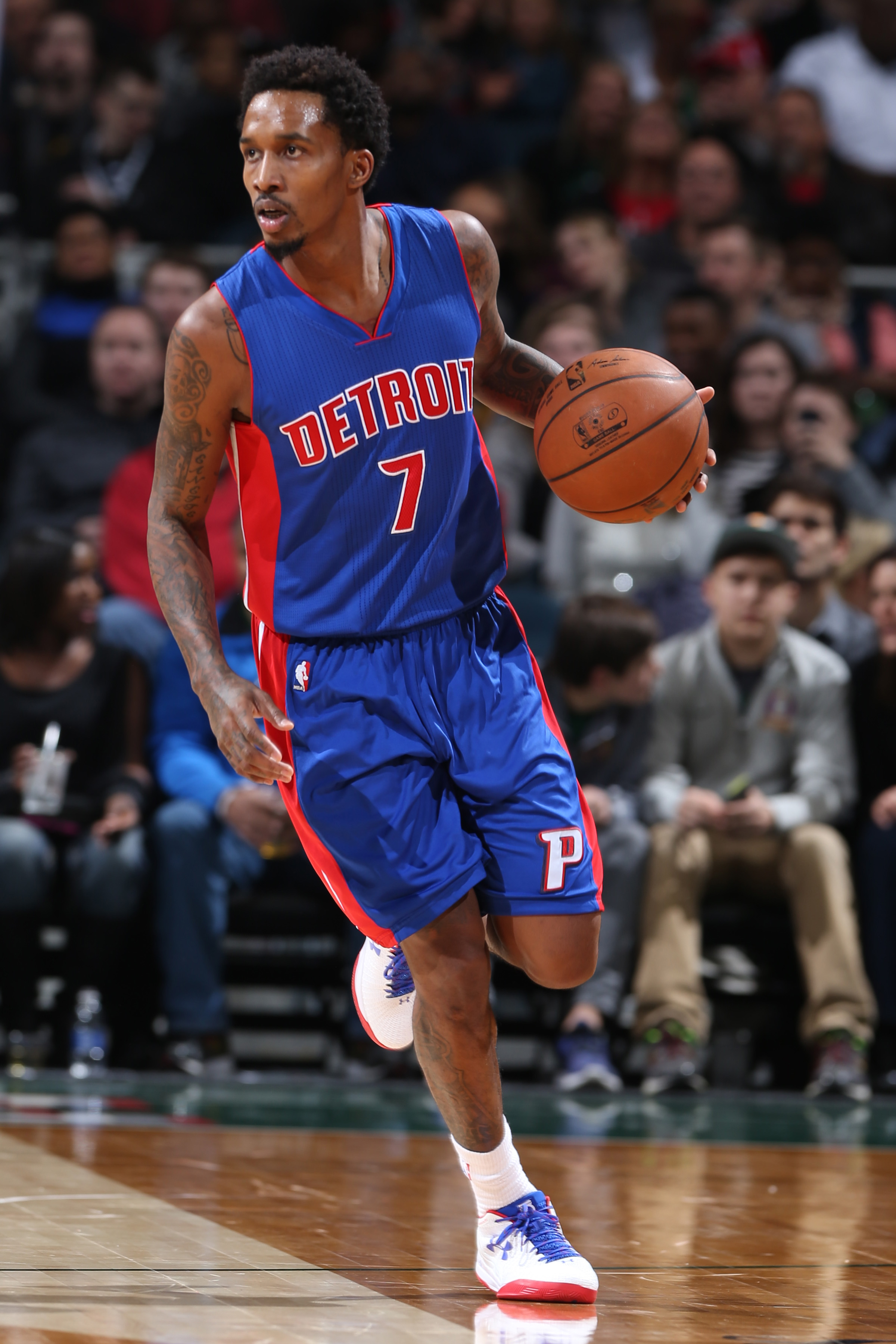 The Detroit Pistons’ decision to extend guard Reggie Jackson for five years at $80 million struck many as one of the most controversial moves of the NBA offseason. That’s partially because it wasn’t clear that Jackson stood as a substantial upgrade over the man he replaced in the starting lineup. Though he is no one’s idea of a top-level point guard, veteran Brandon Jennings thrived in Stan Van Gundy’s four-out offense once the team cut ties with Josh Smith, putting up excellent numbers prior to suffering a torn Achilles tendon in late January. The Pistons could not count on Jennings to return at the same level after such a serious injury and can be forgiven for seeking an upgrade regardless, but it’s not clear that bringing back Jackson for a half-decade represented a quality value proposition.

They also were faced with the possibility of alienating the 25-year-old Jennings as he enters the final year of his contract. After essentially losing his starting job due to an injury, there was no guarantee that Jennings would accept the Pistons’ decision to move forward with Jackson as the long-term point guard.

Any such fears now appear to have been rendered irrelevant. In a podcast interview with Jabari Young and Vincent Goodwill of Comcast SportsNet, Jennings says that he is totally fine with coming off the bench. Steve Schrader of the Detroit Free Press has the transcript (via EOB):

“Bringing in Reggie Jackson was smart,” Jennings said. “I’m supposed to be out, really, for nine months, and they need a point guard. …

“My main thing is just to get healthy. Hey, if I have to come off the bench and be the sixth man or whatever, I’m fine with that. Man, I just want to play basketball again. I just want to get back on the court and have fun.” […]

“I don’t know if I’ll be ready for training camp. I don’t know for sure. But I’m definitely going to take my time through training camp and also through the preseason. I probably won’t be back to myself until at least around December. That’s a for sure.

“I actually had time to sit back, and I really started studying other players’ games,” Jennings said. “I got this highlight tape on Kenny Anderson, Tim Hardaway, and I’ve been studying a lot on James Harden lately, how he just gets to the free throw line easily.”

This is a sensible point of view for Jennings to take, and not just in terms of what it will take for him to come back from his injury. It would be very easy for Jennings to act as if he has been disrespected — he’s only seven months older than Jackson — but he is taking a positive view of the situation and what his career might eventually become.

That’s because, after six full seasons, it’s not entirely clear that Jennings can be the starting point guard on a top-level team. He has shot better than 40 percent from the field in only two seasons (topping out at 41.8 percent), doesn’t exactly light it up from long-range (35.1 percent for his career), and has a slight build that can lead to defensive mismatches. Last season’s post-Smoove performance proved that Jennings can still be very good, but his long-term value is questionable.

Yet those deficiencies become less important if Jennings comes off the bench, where he can serve as a change-of-pace point and even play next to bigger, more combo-ish guards like Jackson. Van Gundy has already said that he plans to play those two as a duo this season, and it’s fair to project Jennings as occupying a similar role no matter which team he plays for next. If he shows that he can succeed as a reserve capable of leading the offense for stretches (perhaps as a less explosive version of Jamal Crawford), he can be valuable to quality teams for a long time. His comments indicate that he understands the opportunity in front of him.