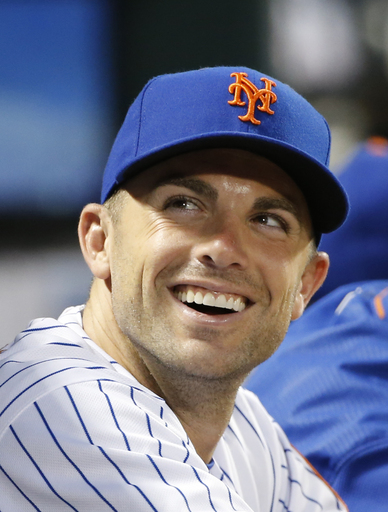 The New York Mets’ improbable run of fortune just keeps on going. Things have great for the club since the All-Star break, and there’s a chance it will get even better Monday.

[On this week’s StewPod: Should adults bring gloves to baseball games?]

That’s because seven-time All-Star third baseman David Wright is set to return for Monday’s game against the Philadelphia Phillies. Wright has been sidelined since mid-April due to a number of issues.

He was initially diagnosed with a hamstring injury, but was shut down in May after being diagnosed with spinal stenosis. The issue can be career-threatening, though the club has been adamant that rest would help.

For the Mets, Wright’s return couldn’t come at a better time. The team has a five-game lead over the Washington Nationals in the division, so there’s no need to push Wright if he needs a day off. It appears Wright will not return as a full-time player anyway, which might be the best case considering the severity of his injury.

Manager Terry Collins confirmed Wright would be given days off, according to Adam Rubin of ESPN.

“Is he going to play three [games] in a row? Maybe. He probably won’t play four in a row. He’ll decide that. He and I will talk every day to try to determine what day he needs off.”

Juan Uribe, who was acquired from the Atlanta Braves at the deadline, should fill in at third on the days Wright needs a breather.

Wright has only played eight games this season, and is coming off a down year, so it’s unclear what type of numbers he’ll put up upon his return. Still, the Mets aren’t in a dire situation, and can afford to let Wright figure things out over the final month of the regular season.

If he can get the rest and the reps he needs, Wright could play a big role if the team can make the playoffs. It seems strange to say, but everything has been coming up Mets lately. Wright’s return only adds to that recent stroke of luck.

Whether he can produce immediately is somewhat irrelevant. After a lot of uncertainty, Wright is ready to return from a serious and scary issue. That should be seen as a victory, no matter what happens next.