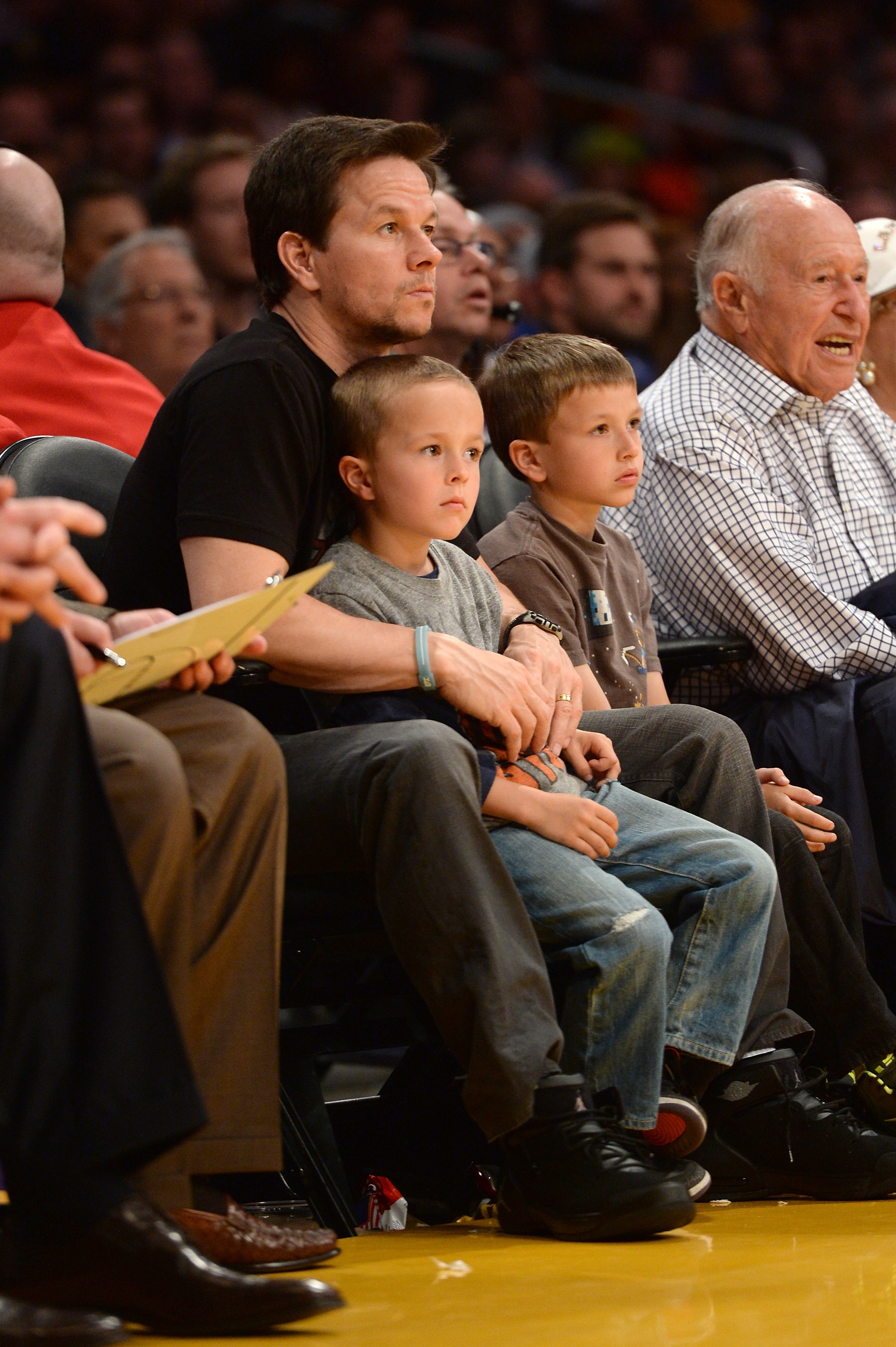 Professional athletes find inspiration in familiar places — family, friends, artists, and past greats in their chosen sports. If there’s anything special about that group, it is due to the unique lives of the rich and famous. When an athlete makes friends through work, they are usually fellow millionaires and mega-popular entertainment superstars, not people like the husband of Barbara from accounting who also happens to be really into craft beer. Those who hang in special circles make special acquaintances.

So it makes at least some sense that Chicago Bulls All-Star guard Jimmy Butler counts Hollywood actor Mark Wahlberg as a friend. But this piece from Sam Smith of Bulls.com (via Blog A Bull) is still pretty remarkable, because it’s a little bizarre to hear someone speak so highly of the star of the “Ted” franchise:

Butler would after that USA practice head for another work session, some weight lifting this time. Much of the discipline would be inspired by his good friend, Mark Wahlberg, the accomplished actor whose reckless and felonious childhood behavior in some respects mirrors Butler’s tough and unfortunate adolescence.

“We do compare (with difficult childhoods), yeah,” Butler conceded in a lengthy and convivial session with reporters after the USA Basketball light practice. “But more than anything that makes you who you are. You don’t forget where you come from; he damn sure doesn’t and I damn sure don’t. Yeah, we do have that in common. But the past is the past; you have to move forward some time.” […]

“From where he’s come from, he’s taught me so much,” Butler said. “What he’s been through to where he is now, we are kind of on the same path, just a little bit different. All this adversity where he is now.” […]

“More than anything he doesn’t care I am an NBA player,” said Butler. “He just wants me moving in the right direction. He’s a role model for so many people. But I look up to him for the way he is with his kids, his family. And the way he treats his entourage (the successful HBO series and later movie was loosely based on Wahlberg). Everybody respects the guy because he treats you with respect. That’s how I want to be known. I want to treat you all with respect. […]

“The dude is an incredible dude,” said Butler. “He is one of the most genuine people you can be around. He works hard, studies the scripts. He just finished up Deep Water Horizon, but he’s probably on two scripts from now because that’s how his mind works. He’s actually the one (that) got (me) waking up at 5 o’clock and working because that’s what he does, wakes up 4:30, 5 and he reads (scripts) and then he goes works out and starts his day.”

Smith notes elsewhere that Butler and Wahlberg first hit it off in 2013 as the latter filmed “Tranformers: Age of Extinction” in Chicago, a meeting we chronicled on BDL. At the time their informal game of two-on-two seemed like a photo op, so it’s nice to hear that it has turned into a substantive friendship. Wahlberg is often hard to take seriously and turns offensive with some regularity, but it’s also sensible that he would serve as a mentor for Butler. Both men had rough childhoods that featured personal mistakes (and in Wahlberg’s case a violent crime) only to reach the heights of their professions.

OK, that’s the sober adult take on this story. The goofy immature one is that Wahlberg is roughly 5-8 and 197 pounds with a 46-inch chest, about as far from a standard NBA body as one can get. For that matter, Wahlberg has been responsible for enough catchphrases (intentionally or not) that it’s easy to imagine him shouting them at Butler during every workout — I can just hear “I believe in fitness” followed by “You’re a big, bright, shining star.” Or maybe they just smack each other in the face with exercise balls during workouts. There’s no limit to the possibilities.

Or maybe Butler is just trying to score a cameo in “Entourage 2.” I’m sure many NBA players would do much more than befriend Mark Wahlberg for that honor.