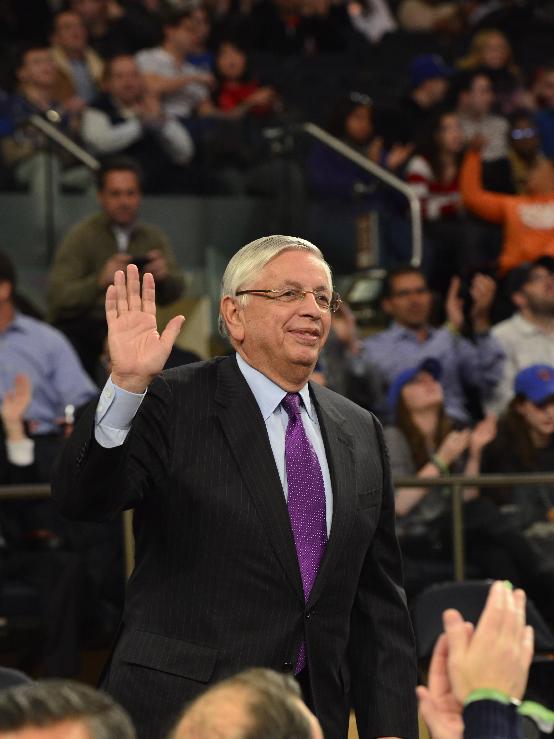 Longtime NBA commissioner David Stern has kept relatively quiet since officially retiring and given way to current league boss Adam Silver in February 2014. Apart from the occasional appearance at a game or NBA event, the nearly 73-year-old Stern has kept private and spent his life like many other retired septuagenarians. It’s a change of pace for someone used to being in the public eye but certainly not an atypical experience.

If a new report is to be believed, though, then some of Stern’s friends want him to take on a position even more prominent than his last job. According to Page Six’s Richard Johnson in the New York Post — an always reputable source! — a group has implored Stern to run for mayor of New York City (via PBT):

Friends of former NBA Commissioner David Stern are urging him to run for mayor in 2017, now that Mayor de Blasio is looking less likely to be re-elected to a second term. […]

“He’s tough as nails. He’s popular with the black community,” said one associate. “New York would be lucky to have him as mayor.”

Stern, though “flattered,” said he is not interested in running. “I remain a happy Westchester resident and am very busy as a senior adviser to a number of enterprises.”

This report would be questionable even if it did not include Stern’s dismissal, if only because at 72 he is 18 years older than Bill de Blasio, less than a year older than ex-mayor Rudy Giuliani, and just a few months shy of de Blasio’s predecessor Michael Bloomberg. Stern would be 75 at the time of the 2017 election and 79 at the end of his first term (of a maximum two). That’s an age at which most politicians either have or are ready to retire from public service, which means it’s very unlikely that Stern would choose to enter a new field, let alone appeal to a majority or plurality of voters.

Nevertheless, we can still take this story as an opportunity to imagine David Stern as mayor of New York. His experience as commissioner means that he is very familiar with representing the interests of multi-millionaires and billionaires, a near-prerequisite for anyone at City Hall in Manhattan. And while various NBA initiatives like the much-criticized dress code suggest that Stern holds something of a paternalistic attitude towards young minorities, such practices are not out of step with current New York City policy. All he needs to fit in is a zany staff and a deputy mayor full of boyish charm.

Oh well. Maybe we’ll get lucky and Walt Frazier will run instead.