You are here: Home / Baseball / Byron Buxton rejoins Twins after Aaron Hicks is placed on DL 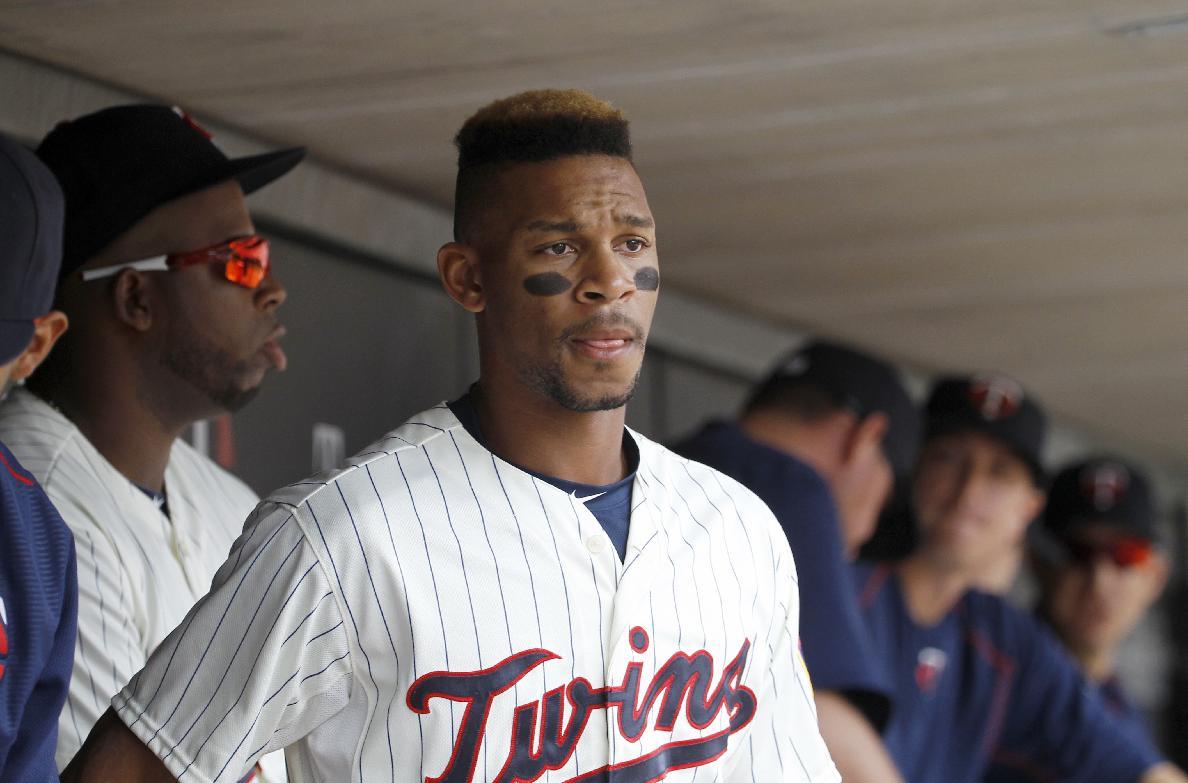 Byron Buxton is coming back to the big leagues, and the Minnesota Twins are hoping he can provide a spark to their fading playoff chances.

The Twins recalled Buxton from Triple-A on Wednesday to replace center fielder Aaron Hicks, who was placed on the DL with a strained hamstring. Hicks sustained the injury running to first base in Minnesota’s 4-3 loss to the Yankees. It’s being termed a mild strain, but it’s serious enough to keep Hicks off the field for a couple weeks.

So up comes Buxton for the second time this year, after his initial stint in the majors was cut short when the 21-year-old top prospect suffered a sprained left thumb sliding into second base on June 25, less than two weeks after making his debut.

After returning to full health, Buxton returned to action in the minors on August 7 and he’s been absolutely crushing Triple-A pitching, hitting .400/.441/.545 in 13 games with Rochester.

If he can hit like that with the Twins, it won’t be long before he improves upon his .189 career major-league batting average.

Minnesota’s terrific start to the season is deep in the rear-view mirror. Having been in a playoff position as recently as August 3, they’ve lost 11 of their last 15 games and are now 59-61, putting them 3 1/2 games out of the second wild-card spot in the American League.

The good news is that the Twins aren’t out of the race yet. Let’s see if Buxton and his five-tool talent can make a different for them down the stretch.