You are here: Home / Basketball / Michael Jordan would rather you not see him in his reading glasses 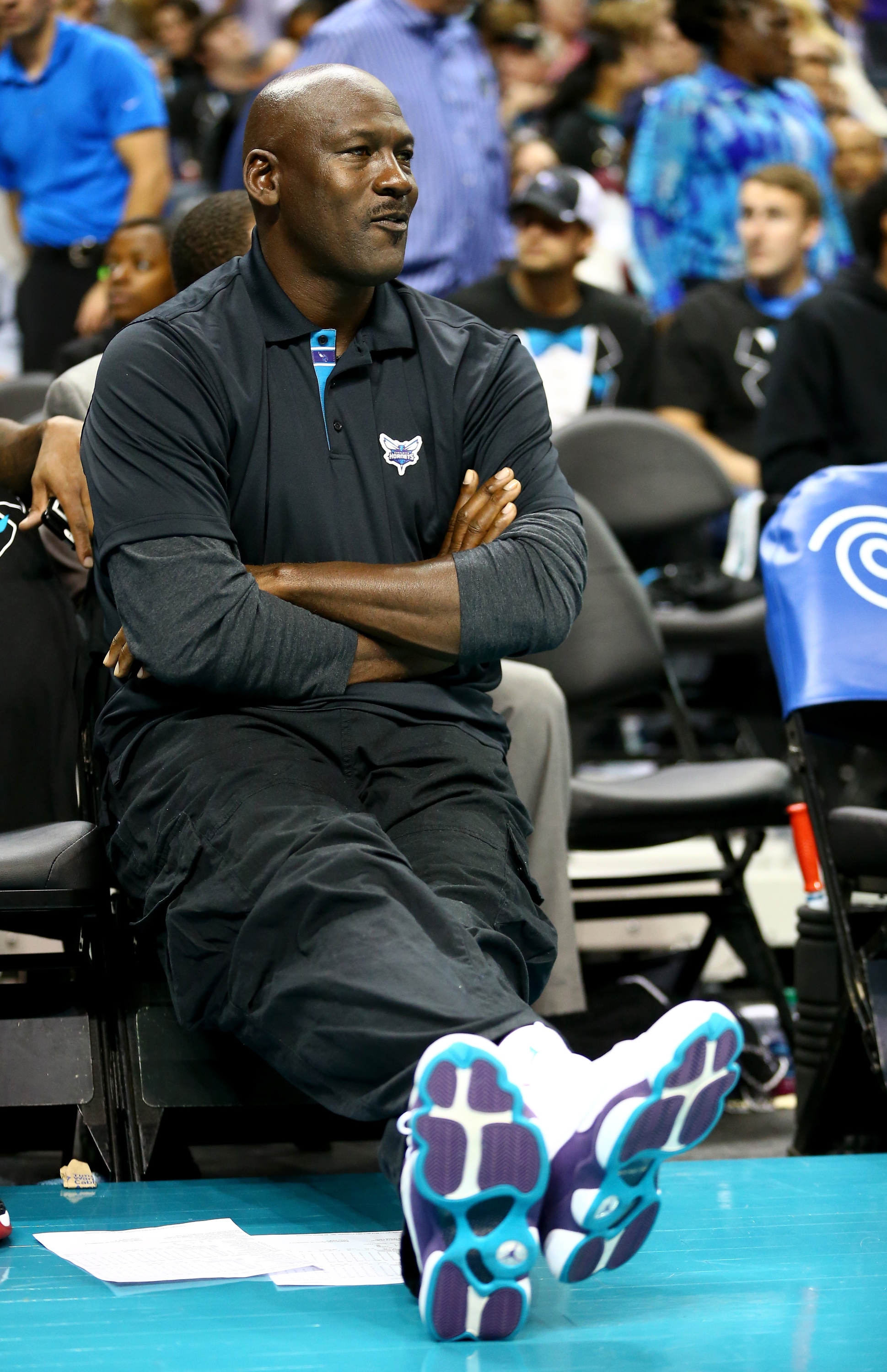 NBA legend Michael Jordan took the witness stand Tuesday in an ongoing trial related to the unauthorized use of his image in an advertisement by the now-defunct supermarket chain Dominick’s Finer Foods. The store took advantage of Jordan’s 2009 Hall of Fame induction — you know, the one where he aired petty grievances for 20 minutes — to use his image in a promotion, and Jordan and his business associates responded with a lawsuit. The chain does not deny wrongdoing, so jurors are essentially deciding if Dominick’s owes Jordan the millions he says such a licensing agreement would be worth or a smaller but still quite large figure.

Testimony has touched on the kinds of agreements Jordan typically agrees to and the fair market value of a one-off ad such as the one that Dominick’s produced. While Jordan’s turn on the stand involved the same topics, one moment did prove that he really is as protective of his public image as his lawyers say. From Carla K. Johnson of the Associated Press:

Jordan, 52, displayed an amused discomfort with having to wear reading glasses while on the witness stand, jokingly saying ”don’t look” when he put them on to read a page he was handed.

Was there a courtroom sketch artist on hand to show Jordan in his specs? We will settle for the Tom Brady one if necessary!

It’s not especially surprising to hear that Jordan, a 52-year-old who 34 percent of polled fans think could beat LeBron James one-on-one right now, would be a little vain about hiding the effects of the aging process. He remains as popular as any active player in large part because he cultivates an image that involves being an ever-present part of the league.

As this trial has shown, that task involves a lot of work. One of Jordan’s advisers said last week that he won’t do any deal for less than $10 million, although subsequent answers indicated that is not always true. Nevertheless, all witnesses testifying to the power and management of Jordan’s brand have stated how important it is to control how and when his image is implemented, and he followed the same line of thinking on Tuesday:

”I have the final say-so on everything that involves my likeness and my name,” Jordan told jurors in Chicago. When his attorney asked him why he brought the case, Jordan said it was ”to protect my likeness, my image … something I value very preciously.” […]

Frederick Sperling, Jordan’s attorney, has told jurors Jordan’s name was worth at least $480 million to Nike and that each commercial use of Jordan’s name is worth more than $10 million. A witness Monday testified Jordan made $100 million from his identity last year, even though he last played in the NBA in 2003. […]

Jordan stood with his hands behind his back and smiled at the jury when they left the courtroom. Jurors have been able to submit written questions to witnesses, which are reviewed by the judge and the attorneys out of hearing of jurors. Only one juror question was submitted for Jordan and there was laughter from the gallery when the judge said it was juror question ”number 23” in the case (Jordan’s jersey number).

The juror wanted to know why Jordan had said he would never have entered into a deal with Dominick’s even if the chain had asked.

With jurors back in the courtroom Jordan said, ”it didn’t fit the strategy we operated on in terms of signing and evaluating deals.”

The terms of this case don’t merely relate to the value of a print advertisement featuring Jordan, because the value and control of an individual’s image matters beyond the extent to which it affects international celebrities. Yet there may be no better circumstantial evidence for the unique particulars of Jordan’s case than his desire that no one see him in his glasses. For someone used to controlling his image at all times, maybe that’s not such an odd request.