You are here: Home / Baseball / Vin Scully hasn’t made decision about returning to Dodgers booth in 2016 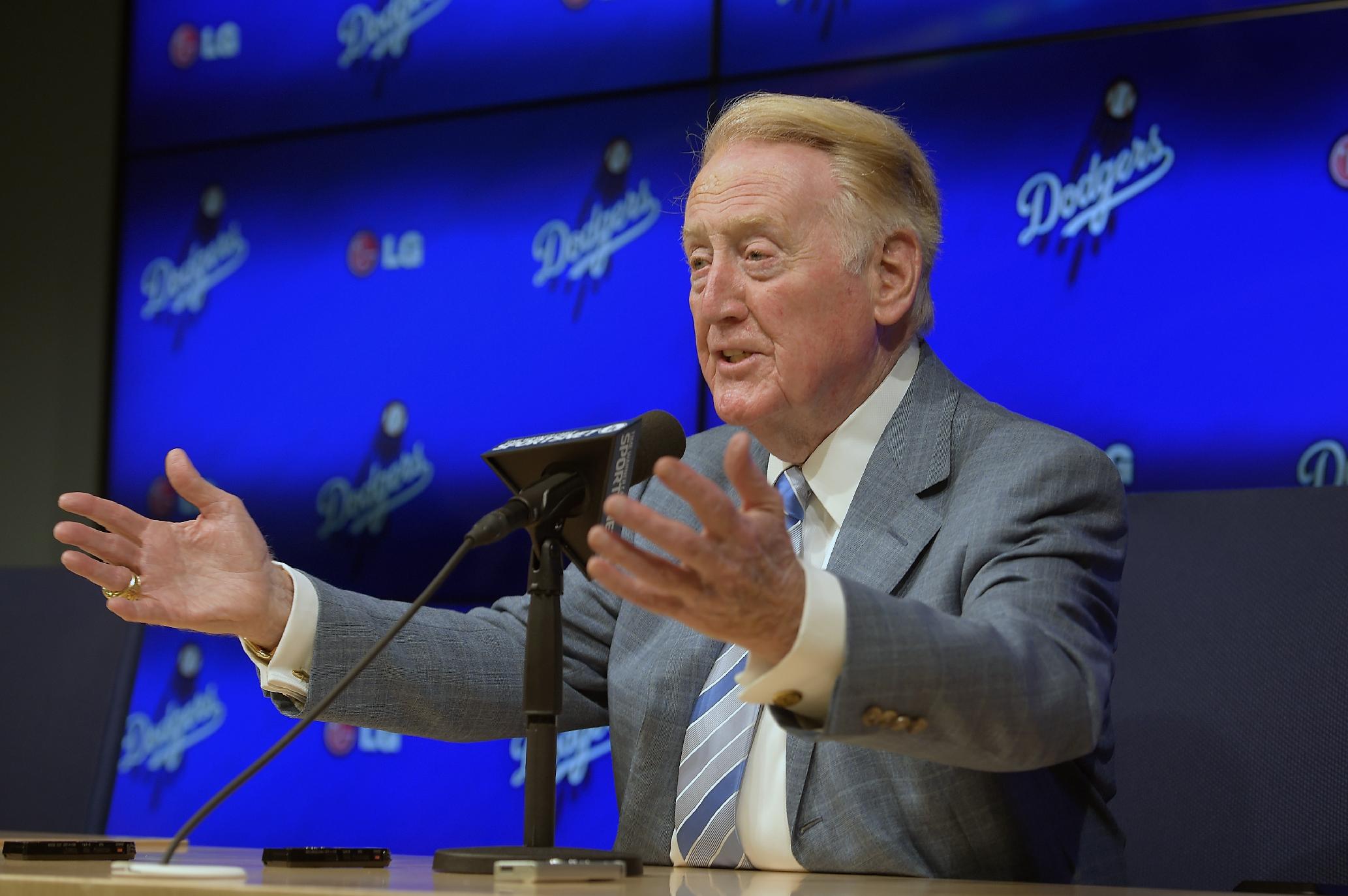 About this time every year we receive official word from legendary broadcaster Vin Scully regarding his future in the Los Angeles Dodgers TV booth.

According to Bill Shaikin of the Los Angeles Times, we’ll be forced to sweat it out a little longer this time around, as Scully remains undecided about a return in 2016.

Scully, 87, is currently in his 66th season with the Dodgers. In recent years, he’s cut down on his workload, working only home games and select road games to avoid fatigue and remain close to his wife, Sandra.

Health and the wishes of his wife are among the primary factors currently weighing on Scully’s mind. The Times report also notes that Scully wants to be certain he’s still doing an effective job providing the information, descriptions and anecdotes that have long made his Dodgers broadcasts must-see TV.

Here’s more from the LA Times:

He does not want to extend his career to the point where he is no longer an effective broadcaster. To us, he remains the best in the business, as evidenced by weaving the mother of Washington Nationals manager Matt Williams into a story about Charles Manson last week.

We would echo Shaikin’s sentiment that Scully remains the best still going in the business. His broadcasts aren’t just effective, they’re refreshing and welcoming to fans from all generations and fanbases. He’s as sharp as ever on the mic, always well in-tune with the action and he’s even made an effort to effectively integrate social media into the presentation.

As Kevin Roderick of LA Observed put it, Scully is the most important constant in Los Angeles. Many baseball fans would agree, as we’ve yet to live in a world where Scully wasn’t providing the very best mix of commentary and friendly conversation. That has always been the appeal, after all, and it’s a style we all realize will leave the game with Scully when he decides its time.

[On this week’s StewPod: Should adults bring gloves to baseball games?]

Our desire for Scully to return is admittedly motivated by selfish reasons. We want the stories, his style and his presence to remain forever. But we’ll always be thankful for the time we’ve had.