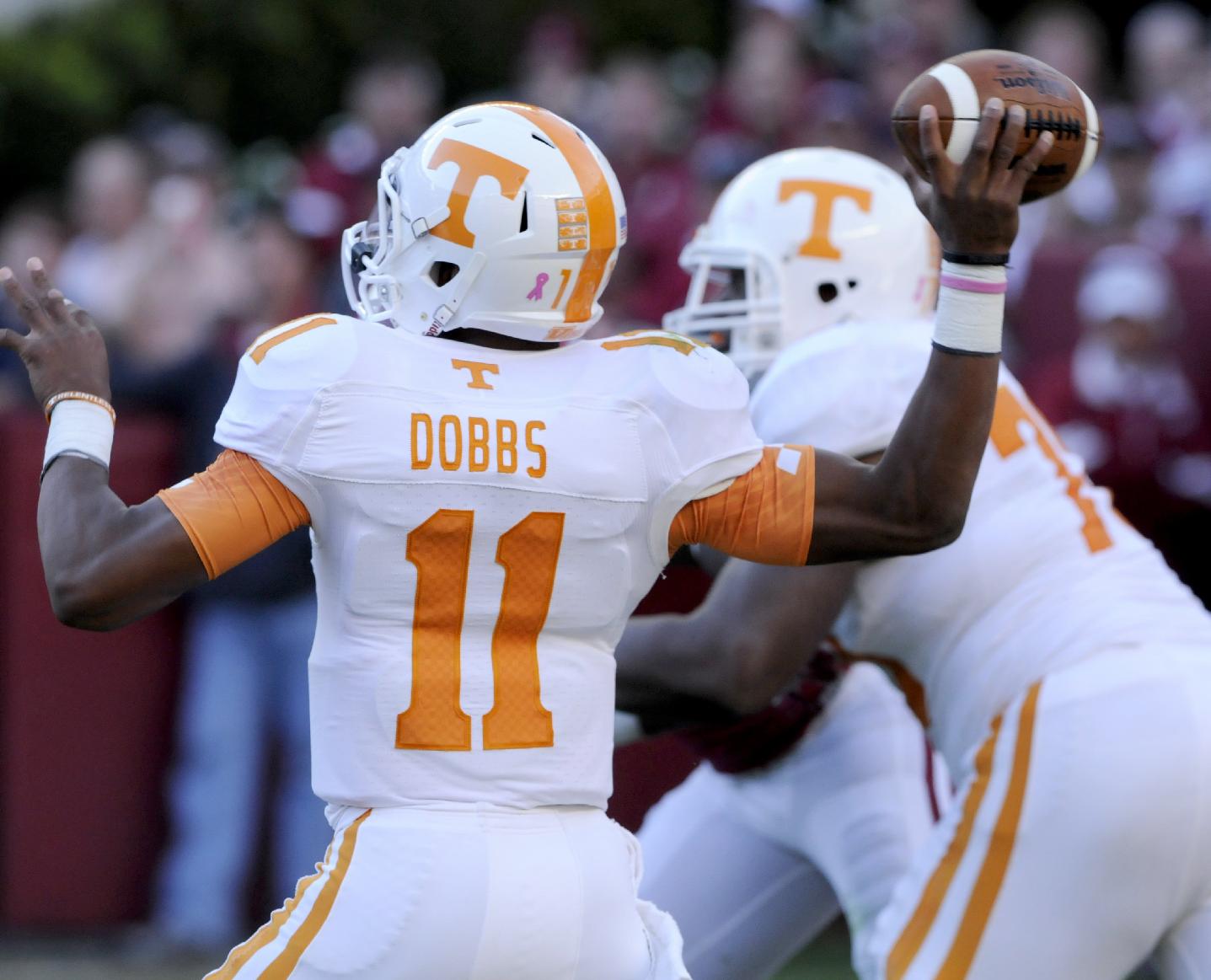 Tennessee is the latest program to begin using virtual reality technology to give players (mainly quarterbacks) a special way to review practice film, but the Vols didn’t go the route that others have chosen.

Instead of employing the technology created at Stanford (STriVR) like other programs and NFL teams do, Tennessee sports technology coordinator Joe Harrington created his own version. So far, so good, according to Tennessee players.

Starting quarterback Josh Dobbs explained to the Times Free Press how it helps the quarterback group:

“With film study and studying the game, it’s definitely changing a lot, just as technology changes,” Dobbs said. “This is definitely something that we use every day that helps us. I know me and the other quarterbacks are always in Joe’s room and watching skelly (a 7-on-7 passing drill), watching team (periods). Anything that he films, we’re in there watching.

“It’s just great. If you miss something on the field, you’re able to go back and look at where your eyes exactly were and what you were looking at. It puts you right back in that play and you’re able to simulate it again. You’re able to pick up on little things you might have missed on the field.”

Harrington’s creation proved to be extremely cost effective for the Vols.

From the Free Press:

“(The coaches) are wanting to buy the STriVR,” Harrington recalled. “I was like, ‘You’ve got to give me a chance to do it on my own. I can do this thing.’ Coach (Butch Jones) was like, ‘We really like this STriVR thing, but if it’s something that you think you can do, have at it.’ Off I go into this world, and I had no idea. I knew you could buy the stuff, but I had no idea how hard it would be to make it work.”

With Harrington’s creation, the Vols didn’t have to pay for either one of the two main virtual reality services. STriVR takes live film from practices, while EON, used by Ole Miss, UCLA and others, uses video game graphics. Keeping the service in house means lower costs and greater flexibility for Tennessee.

The process is complicated, but has yielded great results.

From the Free Press:

Harrington’s system starts with six GoPro video cameras mounted onto a single rig. The block, which looks like a Rubik’s cube of the small, flat-front cameras, generates a 360-degree view. The six individual videos are later stitched together via software to create one seamless view.

Also needed is the “Cadillac of laptops,” Harrington said, to handle the bulky files and produce the best video quality.

At practice, the block of cameras sits atop a tripod that stands stationary 7 yards behind the quarterback during team periods or 7-on-7 drills. The tripod is moved between plays and watched carefully by a student assistant, who has to be quick to move the rig if a pass-rushing defensive linemen or blitzing linebacker flies toward it during a play.

Dobbs and the other quarterbacks have praised the technology and the ability to film from the vantage point of the scout team during the season will be a valuable tool to help prepare for next week’s opponent.

The Times Free Press piece delves far deeper into the technology and what it’s like to actually put on the goggles and headphones and use the product. It’s well worth a read.