Ed Woodward flies to Barcelona to seal £22 million Pedro transfer to Manchester United Manchester United chief executive Ed Woodward has flown to Catalonia to secure the £22 million transfer of Barcelona forward Pedro. It has been widely reported that the much-anticipate move will be finalized this week, with the expectation being that the Spain international will be unveiled as a United player o … END_OF_DOCUMENT_TOKEN_TO_BE_REPLACED

Chris Johnson is back, signs with the Arizona Cardinals The Arizona Cardinals had some uncertainty about their running game, and Chris Johnson might have had some uncertainty about when or if he'd play in the NFL again. So the relationship between the two works. Johnson, the former 2,000-yard back with the Tennessee Titans who was unsigned as a free agent all offseason, agreed to terms on a … END_OF_DOCUMENT_TOKEN_TO_BE_REPLACED

Offseason Beat: Basketball in August We are officially in the doldrums of the basketball year. It is a time when all the major free agents are off the board, Summer League has came and went, and training camp/preseason is a little over a month away. It’s a nice break for us fantasy basketball writers, but the inner-fantasy-fanatic in all of us is beginning to get a bit stir crazy. While the news i … END_OF_DOCUMENT_TOKEN_TO_BE_REPLACED

C.C. Sabathia nearly involved in a brawl outside Toronto nightclub It doesn't matter what you do for a living, if you end up on TMZ because you were almost in a brawl outside a nightclub, that's not a good night. Doesn't matter if you're an actor, singer, kindergarten teacher or a professional baseballl player. C.C. Sabathia, the New York Yankees pitcher who makes $25 million per year, … END_OF_DOCUMENT_TOKEN_TO_BE_REPLACED 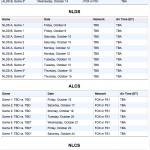 Five things you need to know about the MLB postseason schedule If you've been sweating through the summer heat the past few days, then the notion of looking forward to October might not be a bad thing. So close your eyes, imagine the leaves changing colors, and let's check out the postseason schedule that Major League Baseball released on Monday. [Play a Daily Fantasy contest for cash … END_OF_DOCUMENT_TOKEN_TO_BE_REPLACED

N.C. State surprises walk-on Nick Lacy with scholarship (Video) These videos never get old. As N.C. State defensive backs coach George Barlow addressed the Wolfpack during a team meeting, he brought attention to Nick Lacy, a walk-on cornerback. Barlow called the 5-foot-7, 181-pound Lacy to the front of the room and called him one of the hardest workers on the team. Barlow also noted Lacy’s “ … END_OF_DOCUMENT_TOKEN_TO_BE_REPLACED

Heavyweight Deontay Wilder set to fight again in Alabama (The Associated Press) WBC heavyweight champion Deontay Wilder is set to fight again in his home state. Jody McCormack, interim CEO of the Alabama Athletic Association, said Monday that Wilder's team has filed paperwork to fight Sept. 26 in the Legacy Arena in Birmingham, Alabama. A person familiar with the situation says Wilder will … END_OF_DOCUMENT_TOKEN_TO_BE_REPLACED 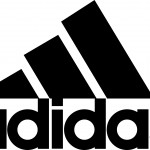 Adidas wins NHL jersey rights; World Cup sweaters up in air The NHL will have a new logo on its jerseys beginning in 2017-18: Adidas.   Sources confirmed to Yahoo! Sports that the NHL’s uniform-making rights have been acquired by Adidas, which happens to own Reebok, the brand that’s made NHL jerseys since the 2005-06 season. And if that sounds confusing, well, welcome to corporate spons … END_OF_DOCUMENT_TOKEN_TO_BE_REPLACED