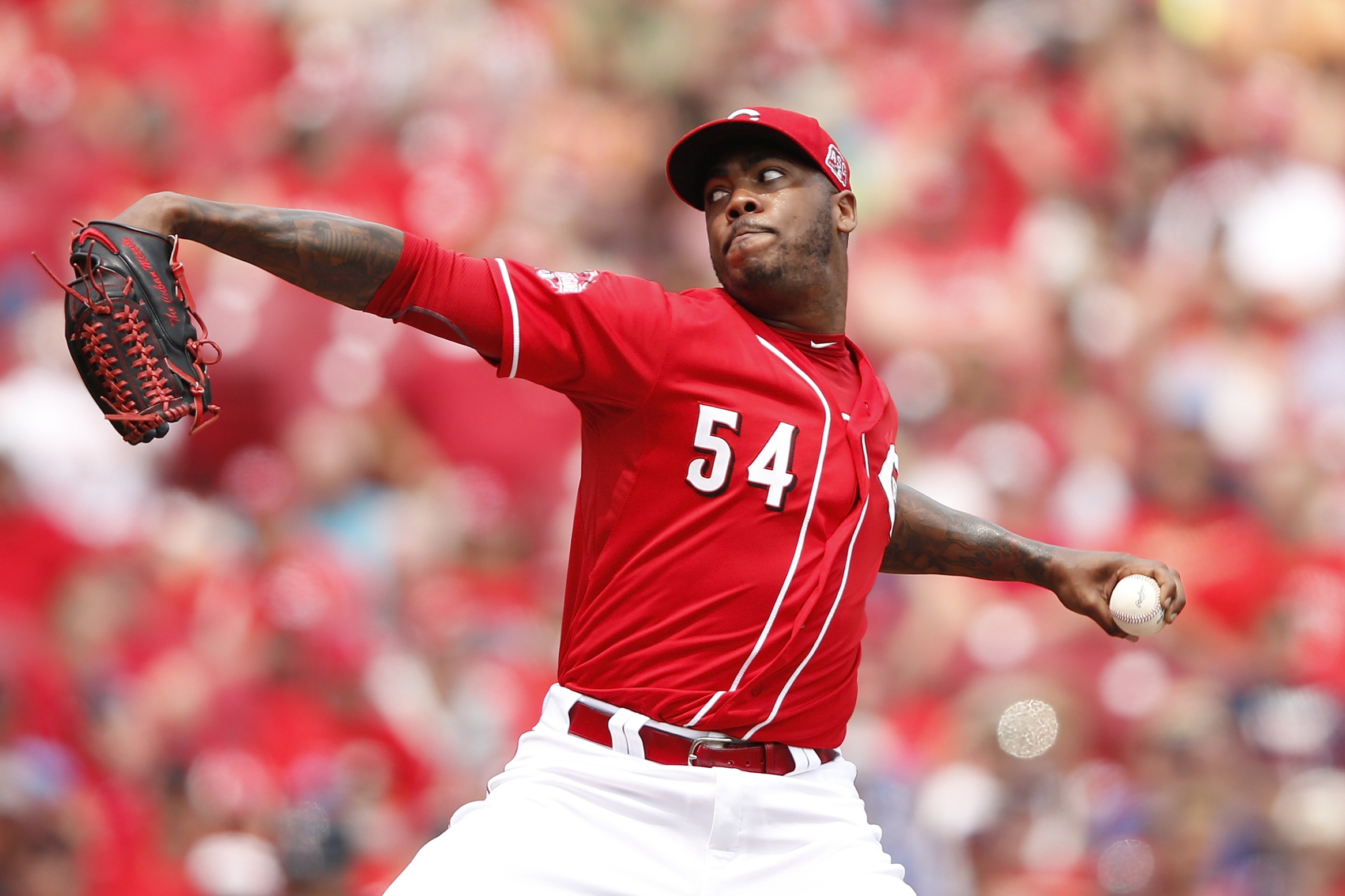 Thanks to Major League Baseball’s new Statcast technology we’ve had access to some fascinating data this season. Data that in past seasons we could only speculate about and often exaggerated either for our own amusement or to reason with what we’d seen.

Whether it’s the distance of Giancarlo Stanton’s latest home run or the true impact and velocity of Aroldis Chapman’s best fastball, we’ve always wanted to know with some certainty that what our eyes told us was real. That Stanton’s home run really traveled 480 feet. That Chapman’s fastball really topped 103 mph.

The advent of Statcast has helped bring forth that validity, and in Chapman’s case specifically has cemented his legacy as a modern day pitching marvel.

According to the Statcast leaderboard, Chapman’s 103.9-mph fastball to Brian Dozier on June 29 was the fastest pitch in MLB so far this season. He also owns the second-fastest, which was another 103.9-mph fastball to Yadier Molina on July 29. As the data explains, that pitch was second only because it had a slightly lower perceived velocity.

But it doesn’t end there. Chapman owns the third, fourth, fifth and every spot on that leaderboard through pitch No. 101. It’s not until Cubs reliever Bruce Rondon’s 101.7 mph four-seamer on July 18 that another name surfaces on that list.

To put it mildly, Chapman’s blazing fastball has blown up the Statcast system. There are no advanced numbers here to dissect or debate. He’s consistently the hardest thrower in MLB, and there’s no close second.

In fact, as a result of the overwhelming data, MLB has been forced to create a Chapman Filter to separate his name from the pack. When the filter is disabled, only then are we allowed to see which other pitchers are touching 100-mph with some regularity.

Not surprisingly, Chapman’s four-seam fastball also sits atop the list for average velocity at 100.2 mph. It’s true, he can’t always ramp it up in the triple digits, but as a reliever he can afford to really reach back when necessary. Chapman’s four-seamer is the only pitch averaging above 100 mph this season. Kelvin Herrera of the Kansas City Royals is next on the list. His four-seamer averages 98 mph.