You are here: Home / Basketball / The best day of each month of the 2015-16 NBA regular season 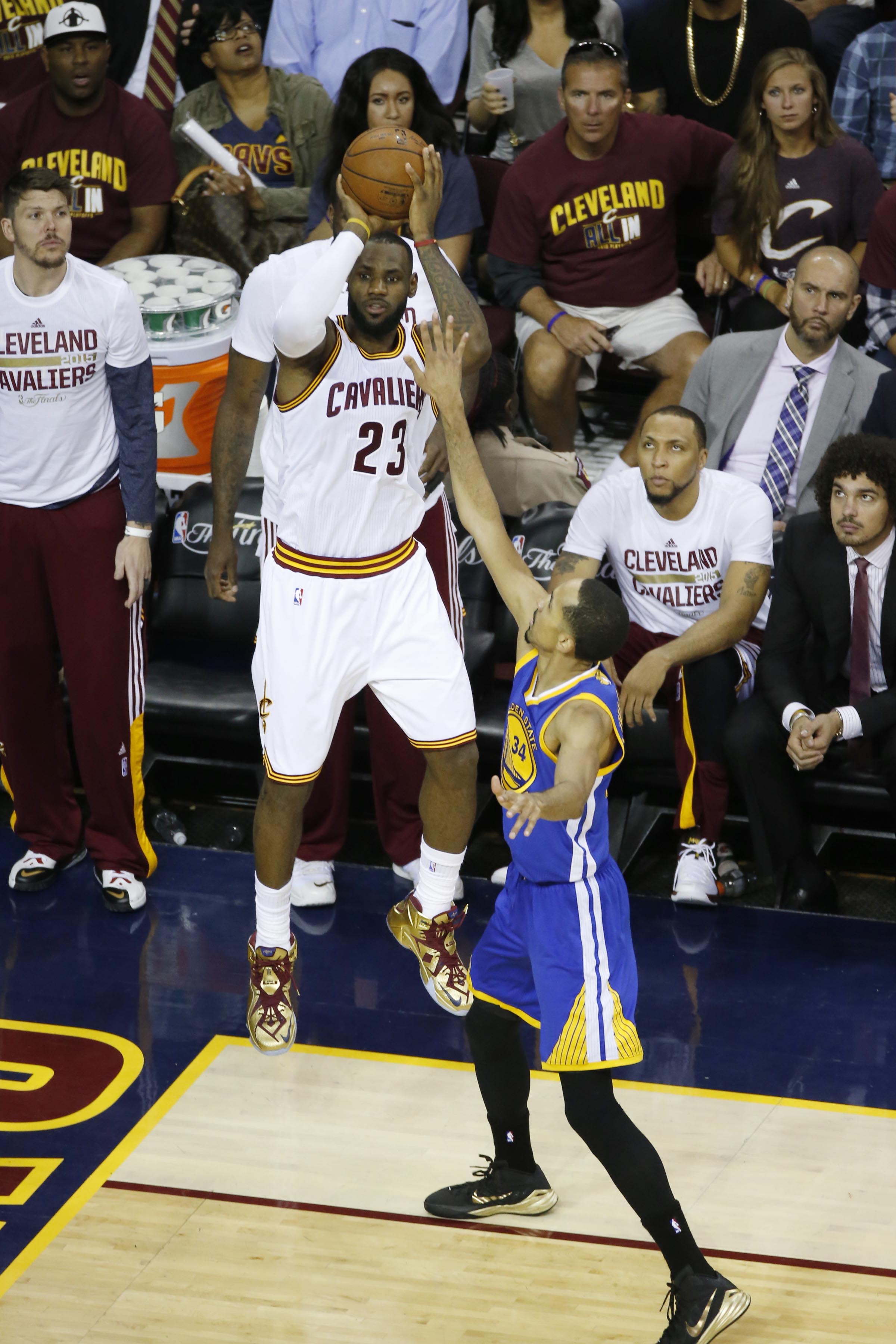 The annual release of the NBA schedule release is always a bizarre experience that allows us to look forward to games we all knew were coming regardless of their exact date. On a basic level, it’s odd to treat the revelation of two NBA Finals rematches between the Golden State Warriors and Cleveland Cavaliers and DeAndre Jordan and the Los Angeles Clippers’ first visit to the Dallas Mavericks as momentous, because we were able to anticipate the events the minute past occurrences deemed them relevant. A schedule is ultimately predictable, no matter how hard we try to pretend it is not.

Nevertheless, the official schedule does mean something, because all NBA diehards are now able to plan their basketball viewing with some measure of specificity. We knew which games would be played, but not when and in which order.

With that in mind, here is one opinion of not necessarily the best games of the season, but the best days of the NBA schedule in each month from opening night on October 27 to the final regular season night on April 13. Looming trades, injuries, and other surprises will surely affect the importance of these games, but they’re worth keeping on your radar.

The first night of the season is always a major event, especially when it includes the Warriors celebrating their first title in 39 years alongside new New Orleans Pelicans head coach Alvin Gentry (GSW’s top assistant last season) and superstar Anthony Davis. But 2015-16’s three-game opening Tuesday is mere appetizer to the gluttonous feast of the season’s first Wednesday, a 14-game slate with something for everyone. With every team but the Warriors and Atlanta Hawks active, fans will have a chance to sample nearly the entire league while indulging in high-profile contests like LaMarcus Aldridge’s debut with the San Antonio Spurs at the Oklahoma City Thunder with the return of Kevin Durant from injury, the Cavaliers’ visit to the Memphis Grizzlies, and top pick Karl-Anthony Towns and the Minnesota Timberwolves traveling to face the Los Angeles Lakers’ backcourt of Kobe Bryant and rookie D’Angelo Russell.

The NBA scheduled two of Marc Spears’s top 10 games of the year — Jordan’s boo-heavy trip to Dallas and Aldridge’s first game in Portland as a visitor — for November 11. Yet both of those games appear a bit one-sided with the Mavericks in no man’s land between contention and tanking mode and the Blazers not especially concerned with putting together a playoff squad. By contrast, this Tuesday night has a more enticing mix of tabloid-ready stories and quality basketball.

Pending free agent Kevin Durant makes his sole visit to his hometown of Washington, D.C. to face the Wizards, who should offer some very excited fans and a competitive game for the Thunder. Meanwhile, Kobe Bryant and Dwyane Wade face off in Miami for what could be the last time ever depending on how long they are able to stay healthy this season. Elsewhere, the upstart Utah Jazz will get an early test at the Cavaliers.

An obvious choice, sure, but Christmas is the NBA’s marquee day for a reason. The Pelicans and Heat get things started with a new superstar in Davis and an aging squad that still hopes to challenge in the East with a healthy Chris Bosh and rookie wing Justise Winslow. Next, the Chicago Bulls visit the Thunder in a showcase for first-year college-to-pros head coaches Fred Hoiberg and Billy Donovan (plus some guys named Rose, Butler, Gasol, Durant, and Westbrook).

Then there’s the biggest game of the day — the rematch between the Warriors and Cavs in Oakland, where we will hopefully see if the result would’ve been different with both Kyrie Irving and Kevin Love healthy for Cleveland. Those able to stay awake will chase that feeling with the intrastate rivalry between the San Antonio Spurs and Houston Rockets, which lacks obvious drama but features two more teams with legitimate championship aspirations. 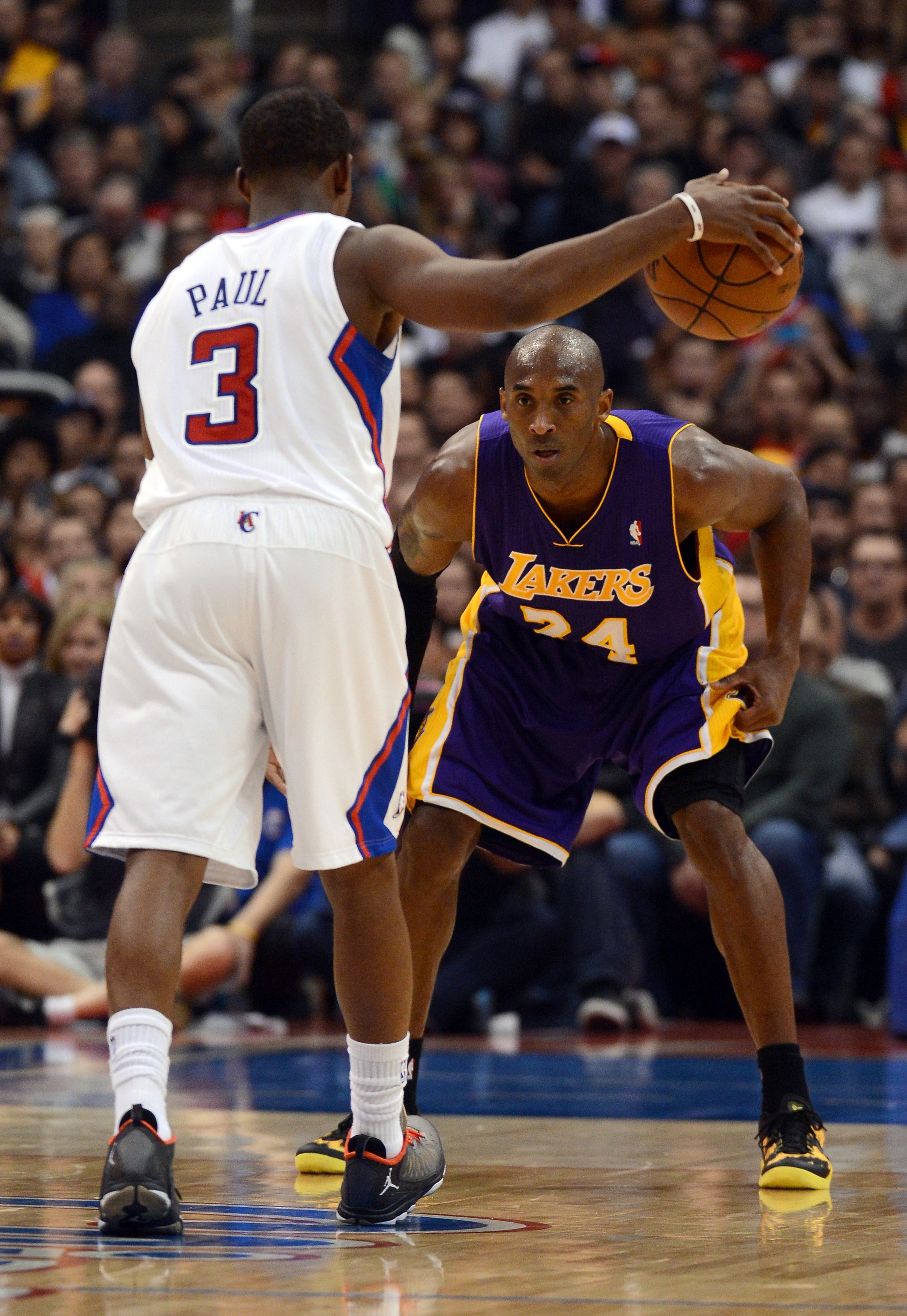 The fifth game is the least even, because the Clippers very clearly hold L.A. supremacy over the Lakers. Yet Chris Paul, Blake Griffin, and Co. are always good for some thrills, while Kobe Bryant could be involved in the final marquee game of his career. If this group of games meets expectations, then you’ll have good reason for alienating your family by refusing to leave the television all day.

Martin Luther King, Jr. Day runs a close second to Christmas in terms of major NBA holidays, and 2016’s iteration will not be an exception. Davis and the Pelicans visit the Grizzlies in Memphis, site of MLK’s assassination, in a competitive contest between two playoff squads that takes on added significance due to its various tributes and remembrances of Dr. King. Later, TNT’s nationally televised games include the second and final game between the Warriors and Cavs, which will see Golden State return to the court where they clinched their championship, and a Clippers-Rockets nightcap that should see another 100 free throws for both sides.

Extreme quality wins out over a quantity of garden-variety quality. The first date after the All-Star break features just two games, but they are both excellent. Chicago heads to Cleveland in the opener for what could be a matchup of the two best teams in the East, after which the Spurs play the Clippers at Staples Center in another game between two teams that played the best first-round playoff series in recent memory last spring. Fans will only be able to watch one game at a time, but it’s a fair guess that neither of these two will have them wishing for more games on the schedule. They’re both appointment TV.

The NBA seems to be serious about turning post-football Saturdays into nights for pro basketball. ABC will air the marquee matchup between the Warriors and Spurs (in San Antonio, where the former usually struggles), but that excellent tilt might not end up as exciting as concurrent contests that find the Jazz at the Bulls and Clippers at the Grizzlies. There’s also an always interesting game between LeBron and the Cavs and his old friends in Miami, plus potential barnburners between the Thunder and Indiana Pacers and a Rockets visit to the Hawks. This Saturday night slate is in advertisement for League Pass in itself. 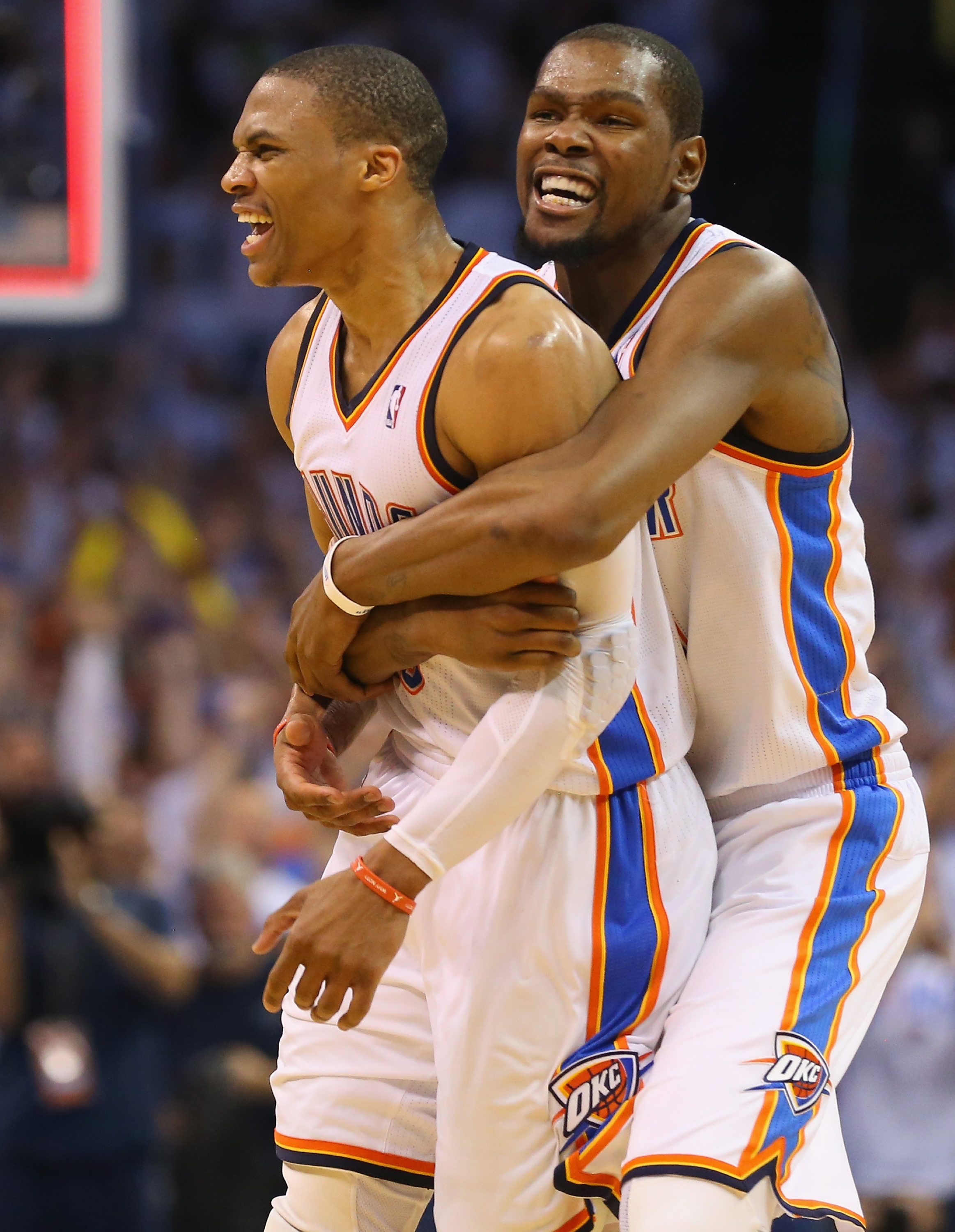 The final day of the 2014-15 season saw teams claim playoff berths and solidify seeding under dramatic circumstances. Unfortunately, 2015-16’s last night features no more than four games between likely postseason participants, and none of them stand out as especially enticing. On the other hand, the previous day has two of the better games of the season to finish TNT’s regular-season doubleheaders. The Thunder visit their old friends the Spurs to start it off, and that game figures to matter for one of them even if Gregg Popovich seems likely to rest one or two veterans. The Grizzlies face the Clippers in the second game with potentially important seeding implications, particularly with Memphis facing a difficult contest in Oakland the following night.

The first day of the playoffs. At this point the months usually just bleed together. See you on the other side.