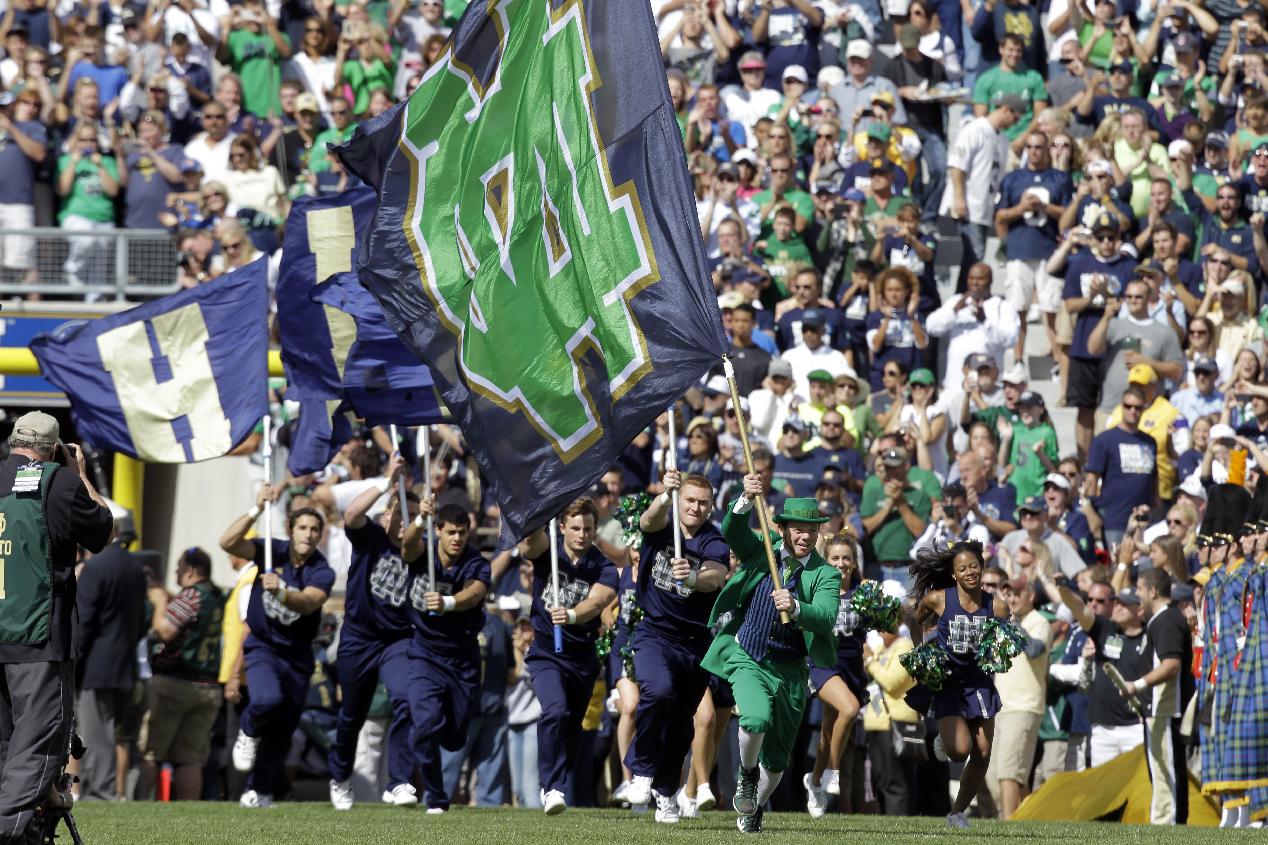 Notre Dame has agreed to allow Showtime Sports chronicle its 2015 season in a series the cable television channel is calling “A Season With Notre Dame Football.”

The series will premier Sept. 8 at 10 p.m. The weekly 30-minute episodes will run the duration of the season. Production for the series has already begun and cameras will be chronicling not only Notre Dame players on the field and in the athletic facilities, but also in the classroom.

Each weekly episode will show Notre Dame’s preparation for the previous week’s opponent.

“We’re honored and thrilled to be granted access to profile a college football program with a legacy as storied and as fascinating as the Notre Dame Fighting Irish,” Stephen Espinoza, Executive Vice President and General Manager of Showtime Sports, said in a statement.  “The passion of the players and head coach Brian Kelly will make for a compelling television series that will appeal beyond hardcore college football fans to all viewers who appreciate great storytelling.”