You are here: Home / Baseball / Jose Fernandez heading back to the DL with a right bicep strain

Now, for the latest example of why we can’t have nice things: Miami Marlins ace Jose Fernandez will head the disabled list with a right bicep strain. Fernandez missed the beginning of the season while recovering from Tommy John surgery, and was excellent in seven starts before this injury.

Fernandez will be placed on the 15-day disabled list, but the club is unsure when he’ll return.

The Marlins have been an absolute disaster this season. With the Philadelphia Phillies’ recent tear, Miami actually has the worst record in the baseball at the moment.

That has caused some to call for Fernandez to be shut down for the remainder of the season. The team isn’t going to compete even with Fernandez, so there’s no need to risk bringing him back too soon.

It doesn’t seem like that’s going to be the case, according to Clark Spencer of the Miami Herald.

“I’d like to see him pitch. I think he wants to pitch, in talking with him [Sunday] morning,” manager Dan Jennings said of the likelihood Fernandez could take the mound before the end of the season.

It’s no surprise Fernandez wants to get back on the mound. After missing most of last season following Tommy John surgery, Fernandez, like most players, just wants to compete. 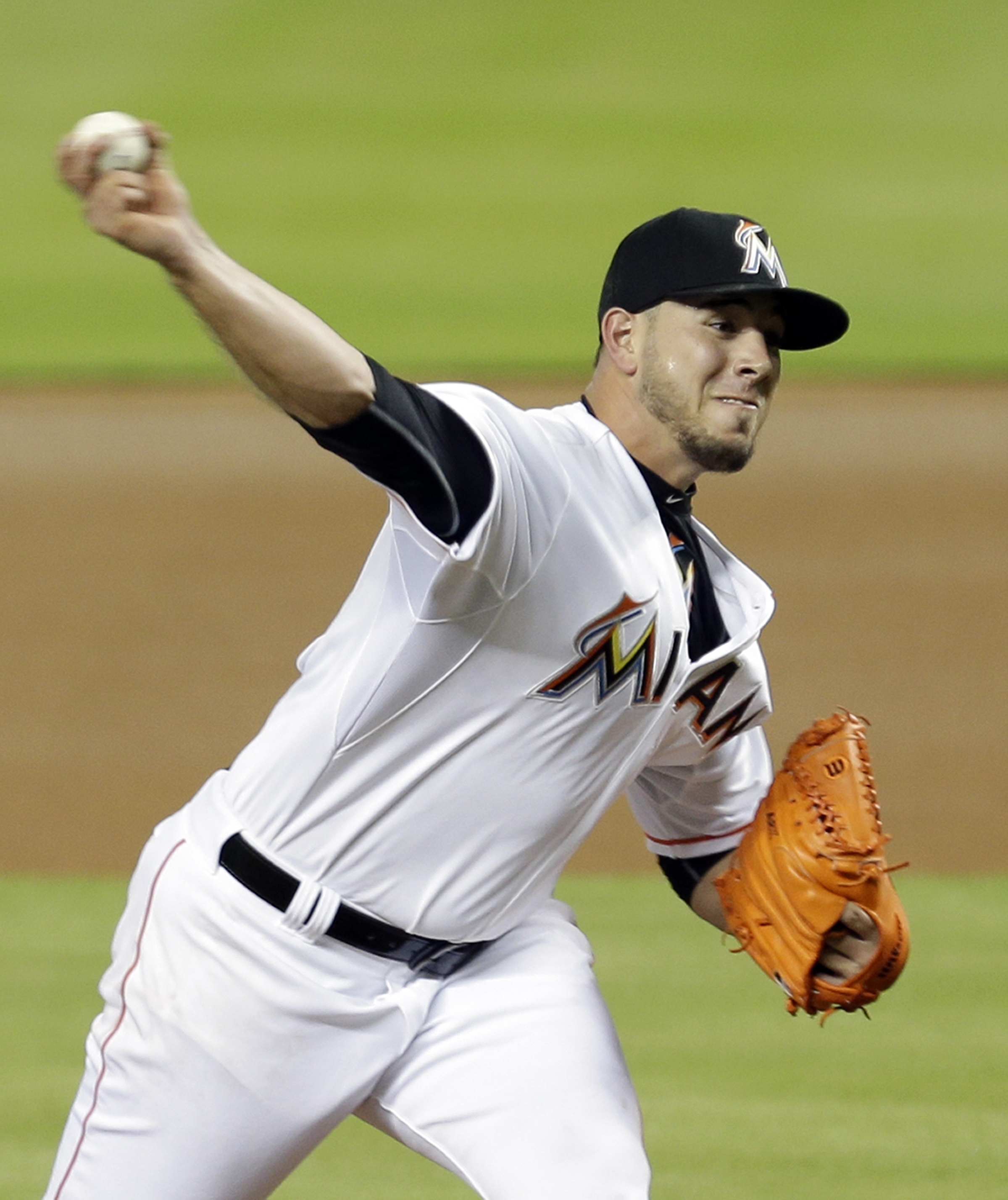 It’s also tough to argue with his numbers. Despite the fact that he was coming off the surgery, Fernandez has been phenomenal in seven starts this season. The 23-year-old has posted a 2.30 ERA, and 1.71 FIP, over 43 innings. It doesn’t seem like he’s lost his stuff, as both his strikeout and walk rates have remained strong since his return.

Overall, the Marlins said they were encouraged by the news. Any time a pitcher experiences shoulder tightness, there’s plenty of reason to panic. While the injury is ultimately discouraging, it could have been a lot worse.

Still, it’s unclear whether it makes sense for the Marlins to bring Fernandez back. He wants to get back out there, sure, but the club ought to be extremely cautious with their young building block.

When healthy, Fernandez is a top-5 pitcher in the game. Miami has nothing to play for now. There’s no reason to risk Fernandez suffering another major injury that could keep him out for a portion of next season.

At the same time, maybe the injury really is nothing serious. With rest, it’s certainly possible Fernandez can return this year and be as effective as ever.

Miami needs to be careful, though. Losing Fernandez for a lengthy period of time would not only be bad for the Marlins, but bad for the game. Baseball is better when he’s on the mound.