Baseball is all about tradition. Every team celebrates the seventh-inning stretch, players send the ball around the horn after great plays and fans throw back home runs hit by the visiting team.

After Sunday’s New York Yankees game, one of those traditions may need to be reconsidered. Toronto Blue Jays outfielder Jose Bautista belted a home run during the fourth inning of the contest.

Since the Blue Jays were on the road, the fan who caught Bautista’s blast decided to follow tradition and throw the ball back on the field. That’s when things went haywire.

It’s tough to see in that video, but, if you look closely, you can see Yankees outfielder Brett Gardner get hit in the head with the ball as it’s thrown back on the field.

There’s also a fan-shot video which is a bit more clear. Right at the beginning of the video, Gardner gets hit with the ball.

#BrettGardner hit in the head by baseball that someone threw back #Yankees @Yankees @espn @SportsCenter @BlueJays pic.twitter.com/toDY0oZNii

Following the game, Gardner told the Associated Press that he was glad he wasn’t hurt by the throw.

“I just wore it. Didn’t even turn around,” he said. “It wasn’t like it was coming from the second row. It was a long ways away.”

Following the Yankees’ 2-0 defeat, Gardner said he had a little bump on his crown.

Manager Joe Girardi also expressed his displeasure with the play.

“Hit him right in the head, and that’s kind of disappointing. I know it’s kind of tradition to throw it back, but at least aim away from the players if you’re going to do it, please,” Yankees manager Joe Girardi said.

“It’s been going on for years. I don’t know if I’ve seen anyone hit before. It’s dangerous when fans throw objects on the field because players really aren’t looking for that. I don’t know if that’s ever going to change, I’d just ask our fans to be careful.”

The 15-year-old fan responsible for the throw was warned by security, but was not ejected from the game. There’s a good chance he wasn’t aiming for Gardner, and the whole thing was just an unfortunate incident. 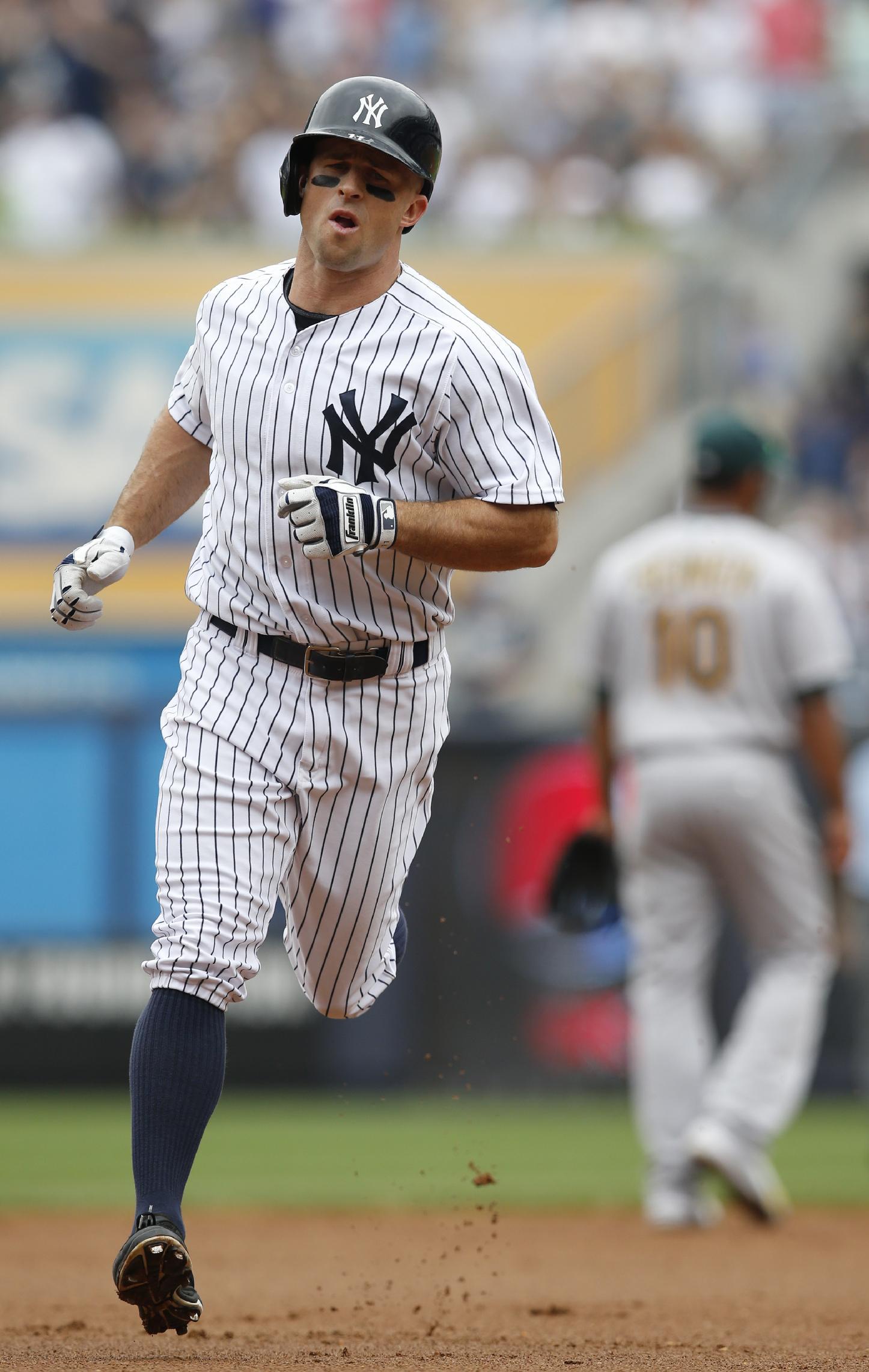 Still, can we agree that this tradition is dumb? Instead of throwing the ball back on the field and risking something like this, why not just give the ball to a kid? This type of thing doesn’t happen often, sure, but is it worth risking an injury to a player?

Thankfully, no one was hurt in this situation, and Gardner didn’t seem too upset about the incident.

Next time, consider making a young child happy. You don’t need to show off your arm, and you might just make that kid’s day. That’s got to be better than trying to show the other team that you don’t care about their home runs, right?