You are here: Home / Baseball / The Blue Jays and Royals do not like each other after near brawl

Not surprisingly, the Kansas City Royals are involved. The Royals had their issues with other clubs earlier in the season, but had been relatively quiet for a few months. All it took was Toronto Blue Jays third baseman Josh Donaldson to re-ignite the team’s competitive spirit.

Donaldson was hit by a pitch in the first inning, and while that didn’t immediately lead to trouble, it set the tone for the game. Donaldson did seem to exchange words with starter Edinson Volquez as he walked down to first base.

The Blue Jays continued to pitch inside to Donaldson during his next few at-bats, and he didn’t take kindly to that. Donaldson had to avoid inside pitches two other times during the game. One came after Troy Tulowitzki had been hit on the wrist with a pitch. Manager John Gibbons came out to defend Donaldson following the second incident, and was ejected in the seventh.

Things didn’t boil over until the eighth inning, however. Aaron Sanchez hit Alcides Escobar in the leg with a pitch, and that led to the benches clearing. Blue Jays bench coach DeMarlo Hale was ejected following the incident.

Volquez seemed fairly animated as the benches cleared, and it was clear he was quite unhappy with Donaldson after the contest.

Edinson Volquez on Josh Donaldson: “He’s a little baby. He was crying like a baby.”

Volquez wasn’t willing to stop there. He continued to go in on Donaldson.

More Volquez on Donaldson: “He’s not Barry Bonds. He’s got three years in the league.”

Volquez wasn’t the only Royal to go after Donaldson, either. Reliever Ryan Madson had some things to say after the game.

Ryan Madson said for Josh Donaldson “to get that upset, I don’t think he fully understands the game.”

The criticism wasn’t all on the Royals side, though. Donaldson had some things to say about Volquez following the game, according to Andy McCullough of the Kansas City Star.

From the Blue Jays’ clubhouse, Donaldson returned fire after Volquez called him a baby. He told reporters he did not want Volquez ejected from the game. He called Volquez “some pretty good hitting.”

Jose Bautista also got involved. Bautista took exception to some comments by Royals manager Ned Yost. Following the game, Yost said he was happy with the way umpire Jim Wolf handled the situation.

Manager Ned Yost commended the actions of umpire Jim Wolf. Wolf declined to penalize the Royals for throwing inside, but acted swiftly when Sanchez hit Escobar with a 97-mph fastball when there were two outs in the eighth.

That led to Bautista firing back.

Just heard #NedYost comments about the game. Lost a lot of respect for that man today.

So, yeah, there’s a lot going on here. Based on the comments on both sides, it’s clear there’s some hatred brewing between both clubs. 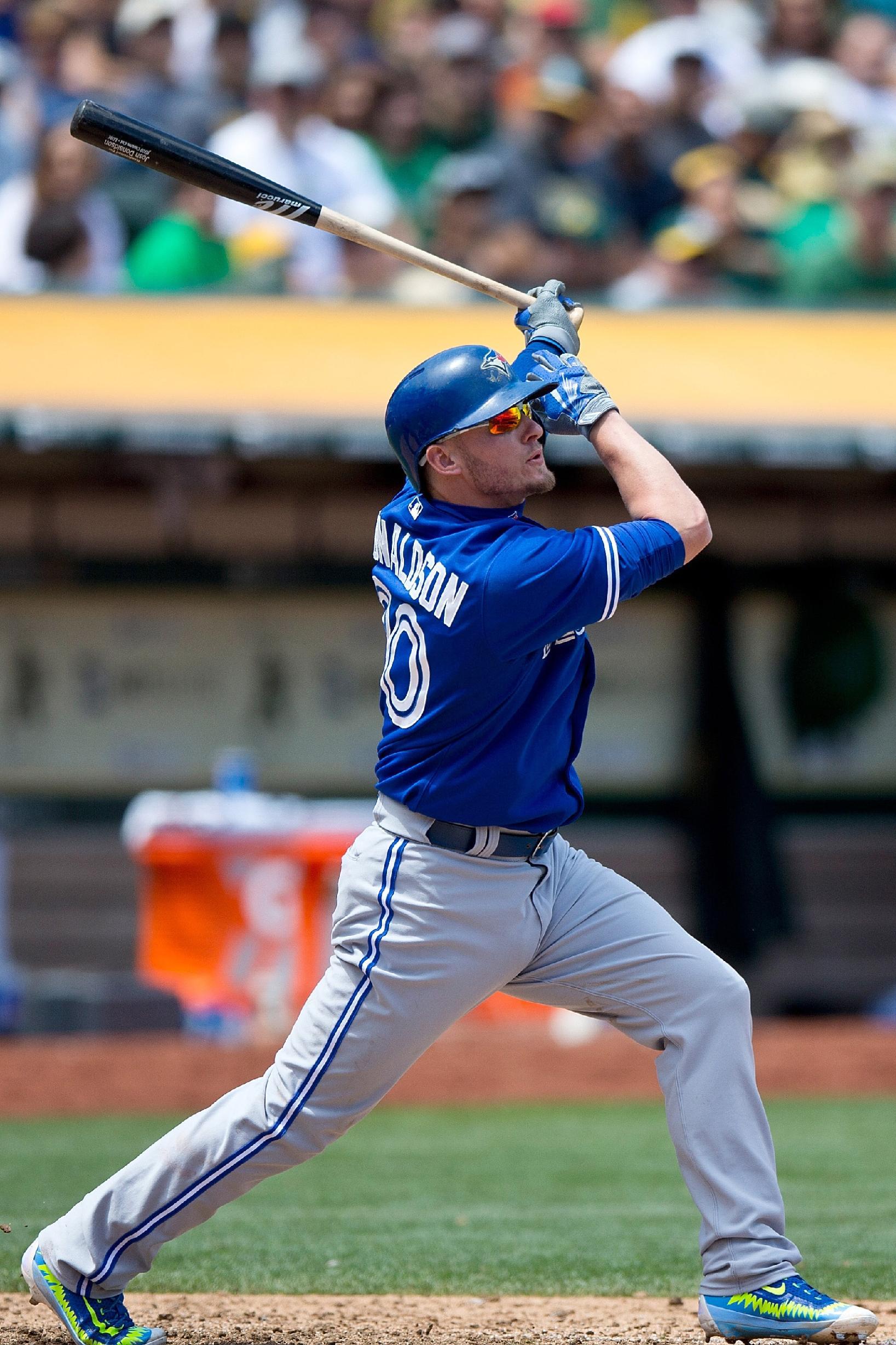 The two teams aren’t set to play each other again during the regular season, but both are in the hunt for the playoffs. The Royals seem like a lock for the postseason at this point, while the Blue Jays may have made themselves the favorites in the East after their deadline acquisitions. Toronto is currently six games back, so they still have work to do.

While we here at The Stew aren’t big fans of brawls or violence, we find ourselves rooting hard for a Royals/Blue Jays matchup in the postseason. There’s nothing wrong with two teams showing intensity, and that could lead to an excellent series. Again, we’re not rooting for retaliation, we just want to see one heck of a playoff series between two teams that clearly dislike each other.

The Blue Jays got the best of Kansas City this time out, taking three of four from the American League favorites. That might not matter come playoff time, though. The sweetest revenge won’t be hitting a Blue Jays batter with a pitch, it will be ending their shot at a World Series bid.

For the sake of the fans, we hope these two clubs meet again.