You are here: Home / Baseball / Cubs/Pirates game delayed after fan gets hit in the head with a foul ball 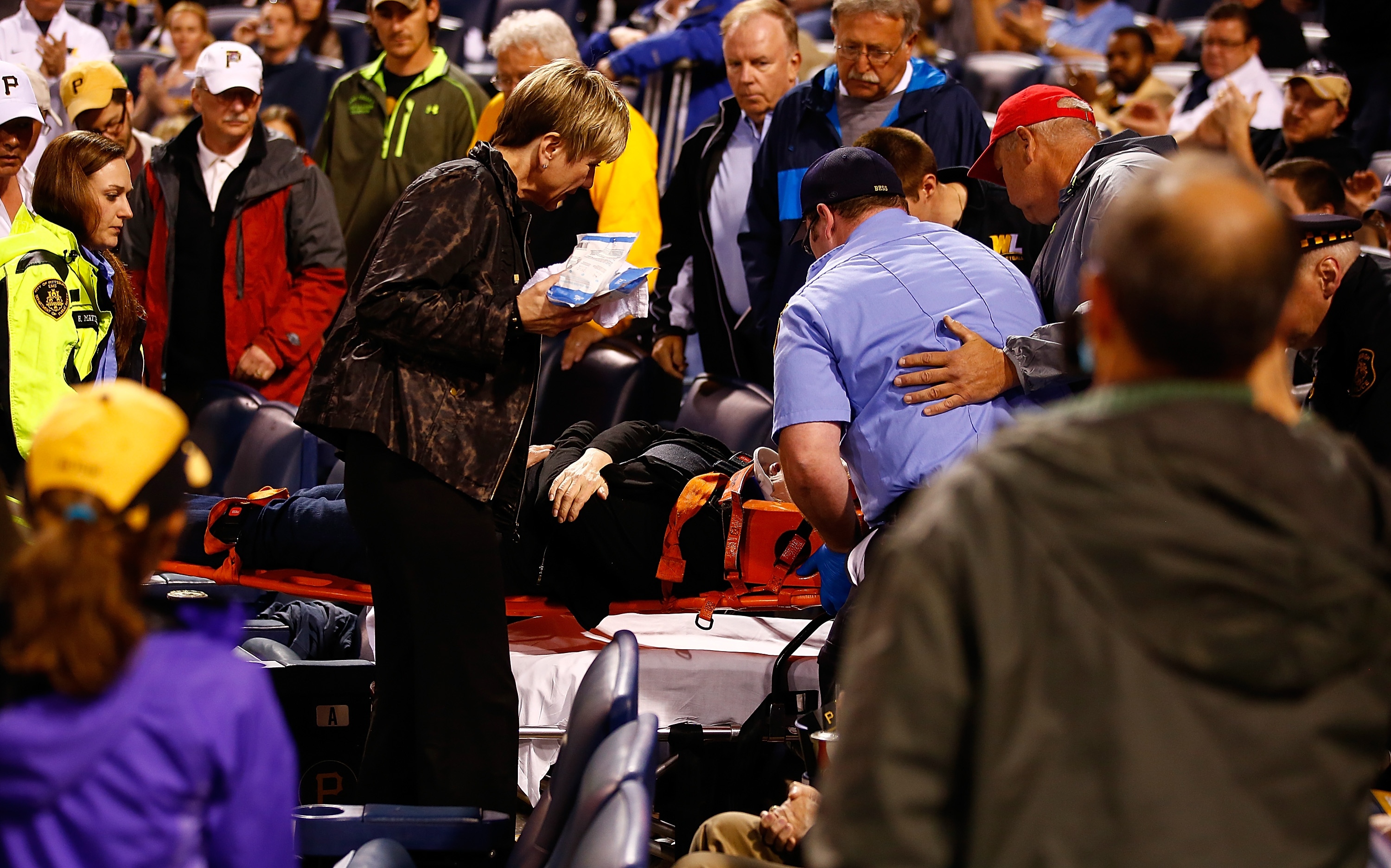 The Chicago Cubs/Pittsburgh Pirates experienced a brief delay Monday after a fan was hit in the head by a foul ball.

The fan was moving through the first row when a foul ball off the bat of Starlin Castro went straight back to the protective netting and hit her in the head. The ball did not travel through the netting, but the force pushed it back far enough that the ball made contact with the woman’s head.

Video of the incident is below. If you would prefer not to watch it, please skip ahead.

Fan at the Cubs/Pirates game too close to the net behind home plate and takes one to the head pic.twitter.com/FQpL2pApeV

The game was immediately delayed so that the woman could be treated for her injuries. Medics brought a stretcher for the woman, and carried her off.

While the situation was scary, the woman appeared to be conscious as she was removed from the field.

Woman hit in head with Castro’s foul ball taken from field. Appears to be conscious. Friend next to her gives thumbs up to crowd.

The game resumed after a 23 minute delay.

We’ll keep an eye on the fan’s condition as more information becomes available.