You are here: Home / Baseball / Cubs honor Ernie Banks, Oscar Taveras with a moment of silence 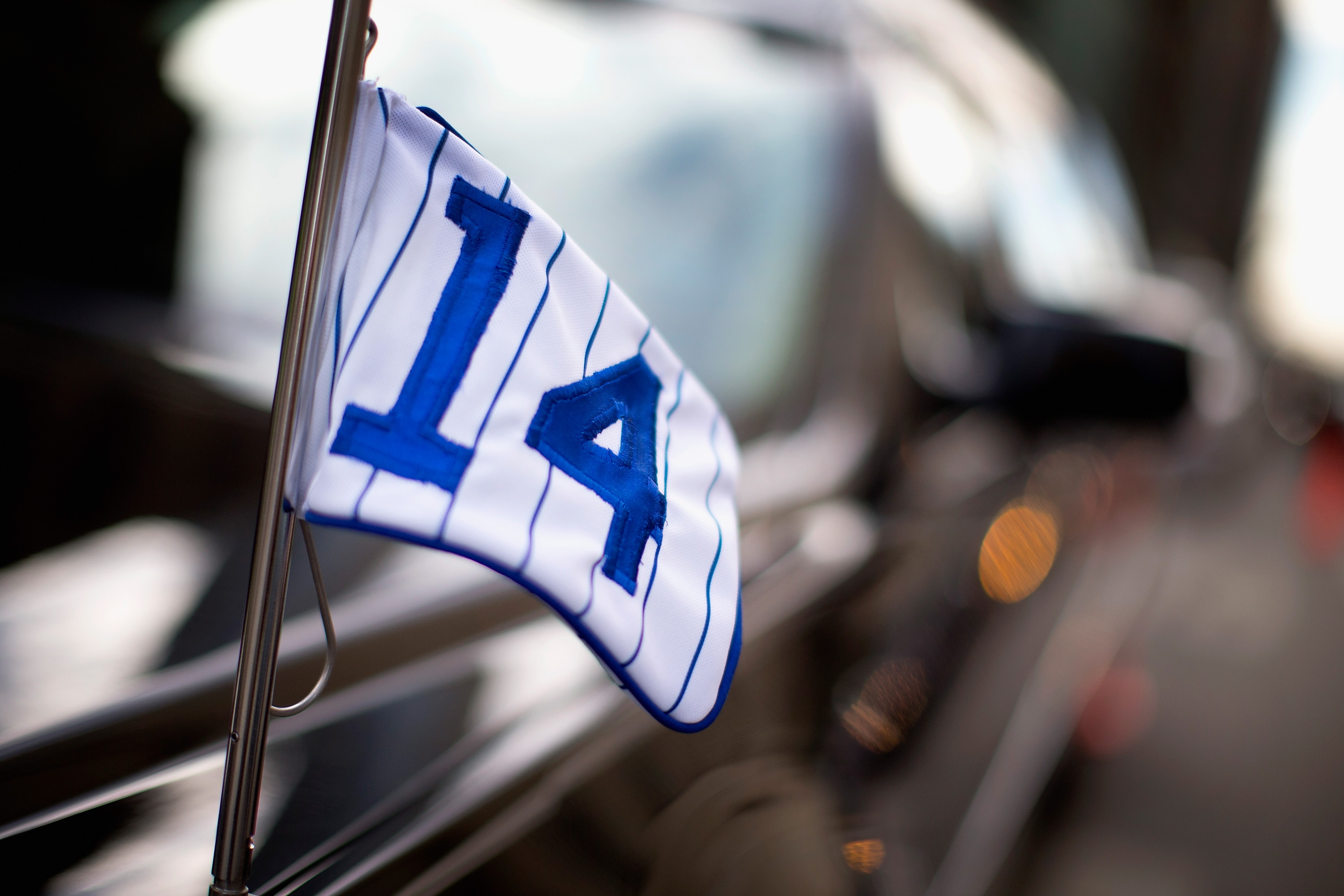 Both the Chicago Cubs and St. Louis Cardinals suffered significant losses of the field in the past six months. Last October, Cardinals’ outfielder Oscar Taveras died in a car crash while in the Dominican Republic. Just a few months later, the Cubs lost legendary infielder Ernie Banks.

Prior to Sunday’s game, the Cubs honored both men with a moment of silence. The tribute to Taveras can be seen here. As you can see in the video, the Cardinals will honor Taveras with a patch reading “OT” on their jerseys this season. The 22-year-old was considered among the top prospects in the game at the time of his death.

Moments after the tribute to Taveras, the Cubs held another moment of silence for Banks. Video of the event can be seen here. The club also covered the unfinished bleachers with a tribute to Banks.

The 83-year-old Banks played 19 years in the majors, all of which came with Chicago. An 11-time All-Star and two-time MVP award winner, Banks was inducted into the Hall of Fame in 1977. The Cubs will also honor Banks with a patch on their jerseys this season.