You are here: Home / Basketball / Ohio State’s Thad Matta thinks Greg Oden ‘may make another run at’ an NBA comeback 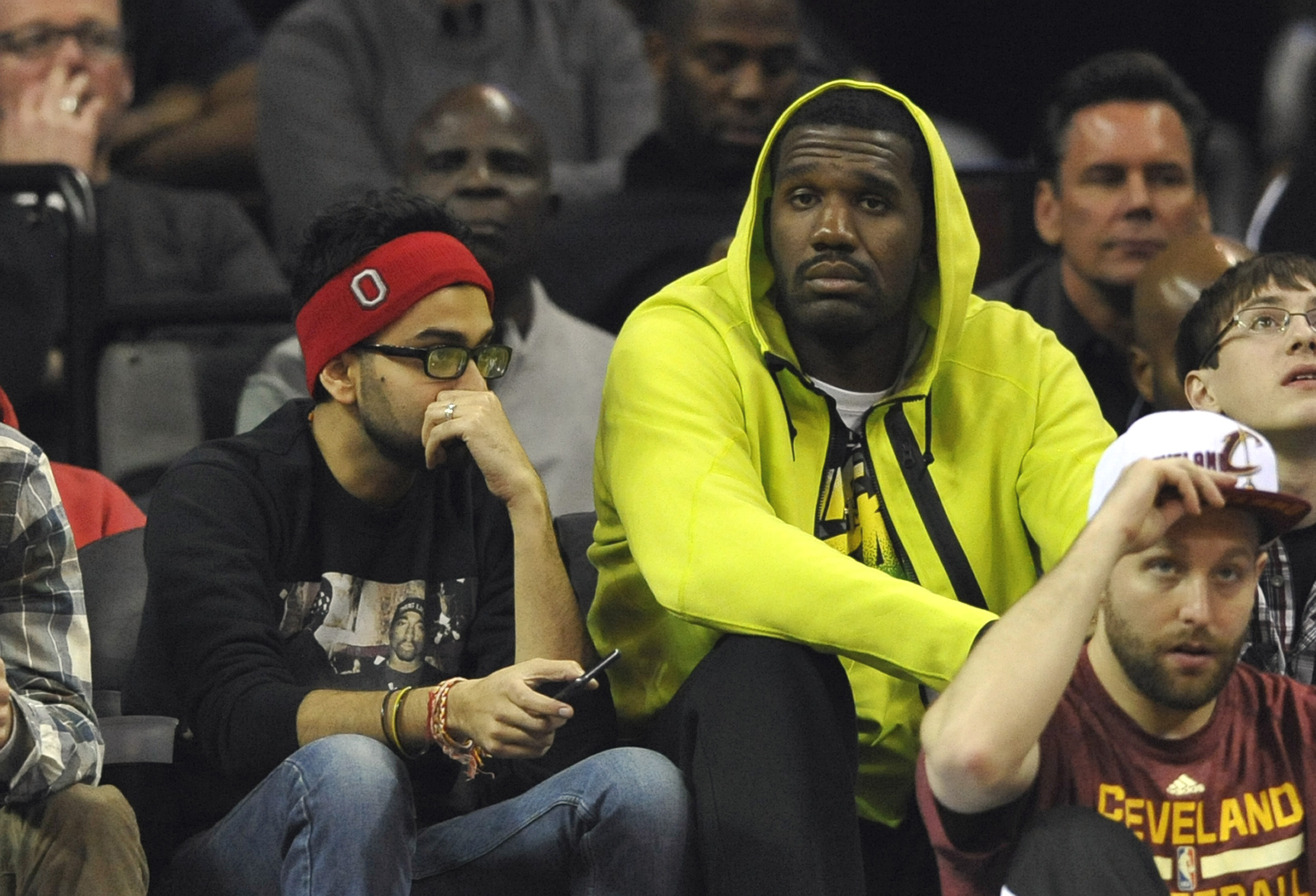 We haven’t heard very much from or about Greg Oden since he reached a plea agreement with prosecutors to avoid standing trial on the felony battery charges he faced after allegedly punching his ex-girlfriend in the face during an altercation last August. Now that he’s reached the plea deal — which requires the former No. 1 overall pick in the 2007 NBA draft to pay a $200 fine and complete 26 weeks of domestic violence counseling, Alcoholics Anonymous classes and 909 days of probation — the 27-year-old Oden might be once again turning his attention to returning to the hardwood, according to his former college coach.

During a pre-NCAA tournament interview session on Wednesday, as his Ohio State squad prepared to take on VCU in the opening round of the 2015 NCAA tournament, Buckeyes head coach Thad Matta fielded a question about the current status of the center who teamed with point guard Mike Conley Jr. to lead OSU to the 2007 national championship game. As relayed by ASAP Sports Transcripts:

Q. Have you had much contact recently with Greg Oden? How is he doing?

COACH MATTA: He’s doing great. It’s funny, I see Greg every day. He’s back in Columbus. Comes in, works out. I don’t know quite honestly if I’ve ever seen Greg as happy as he is right now in terms of everything is going great in his life. He’s made a lot of personal commitments to change. Having him around literally every single day and spending time with him, there’s no greater feeling. I’m excited for him.

Q. Coach, since you see Greg all the time, is your sense that he’s still got some NBA left in him? Is his career over?

COACH MATTA: I tell you what Greg is doing right now, he’s probably been six months of high-level conditioning, training in the weight room, working out on the court. Our coaches work him out. I think he’s right now trying to gauge how the body feels. There is a possibility he may make another run at it. He looks great. Probably about 280 pounds right now. I mean, quite honestly I haven’t seen Greg look this good since when he played for us back in the day at Ohio State. Like I said, his attitude is off the charts. He went through a lot. You look at Greg’s life, how difficult things have been. I know that he is a kid that never wanted to let people down. The injuries, you know, none of us can prevent those. I know there’s part of him that wishes that stuff couldn’t have happened. I still swear he was going to be one of the greatest to ever play in the NBA just from the year I was with him.

There’s quite a distance between Matta saying “There is a possibility he may make another run at it” and Oden actually making a comeback, of course. Getting from point A to point B would require, for starters, Oden once again convincing clubs that his famously haunted knees could remain in sound working order long enough to consider him a viable option for a bench slot. He was able to do last season, finally making his long-rumored comeback after years of rehabilitation work by joined the Miami Heat.

On top of that, though, NBA teams would have to consider Oden a worthwhile enough gamble to bring in despite his limited on-court impact last season — just 219 combined regular- and postseason minutes for the Heat, averaging 2.6 points and 2.1 rebounds in 8.4 minutes per game. And despite reports that the alcohol abuse that plagued him in Portland persists, “remained a concern last season as he sat out many games because of soreness in his knees and back,” and played a role in the 7-foot-, 280-plus-pound Oden allegedly punching his ex-girlfriend multiple times in the face last summer. And despite the likelihood that offenses like the one with which Oden was charged — and the one that earned Charlotte Hornets forward Jeffery Taylor a 20-game suspension after a guilty plea to misdemeanor domestic assault — seem, thankfully, to be taken more seriously than ever under the leadership of NBA Commissioner Adam Silver.

And Oden would need to be ready and able to handle his reintroduction into the high-stakes NBA environment, too. In September, Oden’s agent, Mike Conley Sr., told ESPN.com’s Michael Wallace that Oden “doesn’t want to talk about basketball [and was] not even thinking about basketball.” In November, Oden told Jason Lloyd of the Akron Beacon-Journal that he wasn’t interested in a comeback because he had “life stuff” to deal with first; given the nature of the trouble in which he found himself last summer, it seems difficult to envision that “stuff” getting neatly stowed away in the space of 3 1/2 months.

If Oden has gotten himself on a better, calmer, more sustainable path, though, and makes it clear that he’s angling for yet another return to the court, it’s not impossible to imagine one of 30 teams at least testing the waters to see if there’s anything left in his tank. At no point last season did he really resemble the sort of game-changer he was at Ohio State and, in spurts, with the Trail Blazers, but even so, Heat president Pat Riley left the door open to bringing Oden back into the fold in free agency prior to his arrest.

“We talked about it, and we know him physically better than anybody else would,” Riley said during a July 30 conference call, according to Wallace. “Next year, we would raise the protocol on him and see if he would have a different approach. I’ve seen him play in practices and I’ve seen him play in games, and you just don’t walk away from that kind of talent.”

When that kind of talent comes saddled with one of the worst injury histories in recent NBA history and bright red off-court flags still fresh in everybody’s mind, though, the circumstances seem like they’d be somewhat different. For now, perhaps it’s best just to consider it a plus that Oden seems to be spending his time doing something simple and stable in a positive environment. Maybe that in and of itself will help him establish the sort of foundation that can help him build a better life after basketball, even if it never gets him back on the court at the highest level.