Four lottery picks, four other first-rounders, plus some intriguing sleepers 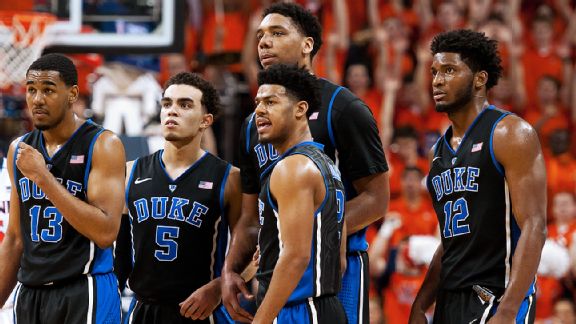 The South Region has its fair share of elite NBA draft prospects in comparison to the other regions. By our count, it has four potential lottery picks and another four potential first-rounders. It also has two or three unique draft sleepers in the country who are worth checking out.

Insider’s NBA draft team has talked to multiple NBA scouts and general managers during the season. Based on their feedback, here’s a look at the top prospects on each of the teams in the South Region, listed by potential lottery picks, first-rounders, second-rounders and “wait until next year” players. (Teams listed by seed.)

On Monday, we took a look at the prospects in the Midwest; on Tuesday, we looked at the West; on Wednesday, it was time for the East.

The Blue Devils once again are loaded with NBA prospects. Okafor has been ranked No. 1 on our Big Board all season and might be the most dominant freshman big man I’ve scouted on the offensive end. He has low-post footwork that many veteran NBA bigs lack. The only concern about him is his lack of elite athleticism. It doesn’t hurt him offensively, but he can struggle defensively at times and he isn’t an elite rim protector.