Our experts debate the NBA futures of R.J. Hunter, Tyler Harvey and more 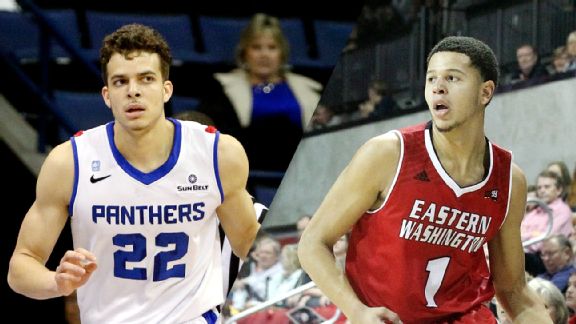 ESPN Insider’s Chad Ford and Kevin Pelton return to provide the kind of discussions that are happening in front offices around the NBA — where scouts and statistical experts are breaking down NBA draft prospects using their “eyes, ears and numbers.”

With the NCAA tournament starting this week, everyone will be focusing on the NBA prospects on Kentucky, Duke, Wisconsin and Arizona. But this is also a rare opportunity to watch some intriguing mid-major teams that have NBA prospects.

Question: Georgia State junior guard R.J. Hunter has been ranked highly on both of your boards all season. What kind of pro prospect will he be?

Ford: Hunter has been in my Top 20 since this summer and was as high as No. 12 on my Big Board before the season began after a stellar sophomore campaign and a coming-out party at the LeBron James camp. Playing against some of the best college players in the country, many scouts thought he was one of the top three or four prospects there, and were especially impressed with his shooting stroke and his ability to see the floor.