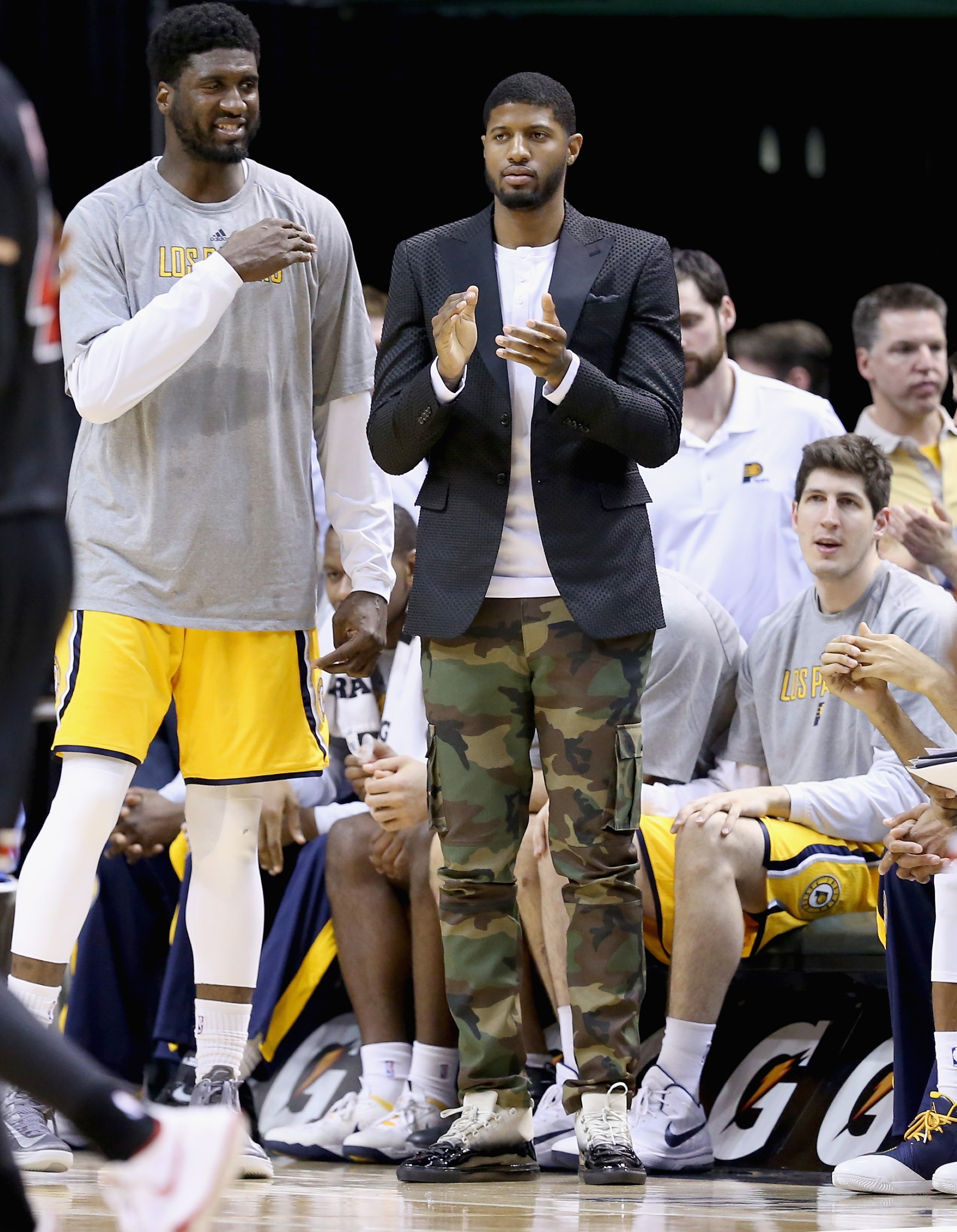 The once-lowly Indiana Pacers are suddenly the hottest team in the NBA,winners of seven in a row and 13 out of their last 15 games dating back to before the All-Star break. The potential return of All-Star Paul George has also helped build excitement about the possibility of Indiana pulling off an upset this postseason. Even if George isn’t at full strength, he may be able to contribute enough to make the Pacers a team to avoid in the first round.

At the same time, no one is really sure if or when George will play this season. Head coach Frank Vogel said this week that the team is not counting on him to make an impact. Now, in the latest update on his status, George has said that he doesn’t want to risk upsetting the surging Pacers’ chemistry and rotation by coming back. From Michael Marot for the Associated Press:

”I think if it gets to the point that these guys are in the playoffs and we’re talking about coming back, we might as well let these guys finish that out,” he said. […]

There were indications at practice this week that things were getting back to normal. He wore a headband Wednesday, has been seen smiling and joking and sticking around for extra shooting practice and his defensive skills are coming back, too.

He said the on-and-off soreness he previously felt has been minimal recently. And when asked what kind of grade he would give himself, he said ”A-plus-plus-plus.” […]

”I definitely feel like I have made strides since the last time I talked to you guys,” he added. ”That was my first practice. But I could definitely blow that guy out of the water.”

This is a sane and measured approached by George, because he appears to understand that the course of his rehabilitation and the process of actually affecting pressure-filled games are very different things. It’s reasonable for George to be excited about the pace of his comeback, because he suffered a truly horrendous injury and has worked his butt off to get to where he is today. But it would require a different kind of effort to acclimate to the most important games of the Pacers’ season. Indiana looks great right now and can’t afford to wait around for someone to get up to speed, even if he’s the most talented player on the roster.

At the same time, it’s fair to wonder if it would be worth it to risk seeing how much George can contribute right away. If the currently seventh-place Pacers fail to move up from one of the bottom two playoff spots in the East, which seems a likely scenario, then they would match up with either the Atlanta Hawks or Cleveland Cavaliers in the opening round. Those two teams are far and away the most impressive in the conference and would pose a considerable challenge to a Pacers team relying largely on a top-10 defense and the scoring talents of sixth man Rodney Stuckey, who has been one of the league’s best reserves since moving out of the starting lineup right before the break. It stands to reason that Indiana would need another scorer to compete with the Hawks or Cavs, and George looks like the best bet to fill that role even if he hasn’t proven he’s able to contribute at his past levels. Then again, asking him to do so much might be dangerous after such a major injury.

Given this context, the greatest issue for the Pacers at the end of the season may not be whether George disrupts what’s going well, but the extent to which throwing him into a playoff atmosphere risks his condition for next season and beyond. The team’s finest accomplishment this year has been to find a workable structure even without an All-NBA Third Team player. Yet it’s also obvious that the league’s 25th-most efficient offense misses George and has often struggled to reach a basic level of competence without him. A very impressive hot streak shouldn’t eclipse what really matters to the long-term health of the franchise.