You are here: Home / Baseball / Jonathan Papelbon on Phillies outlook: ‘I feel like we’re going to contend’

Jonathan Papelbon on Phillies outlook: ‘I feel like we’re going to contend’ 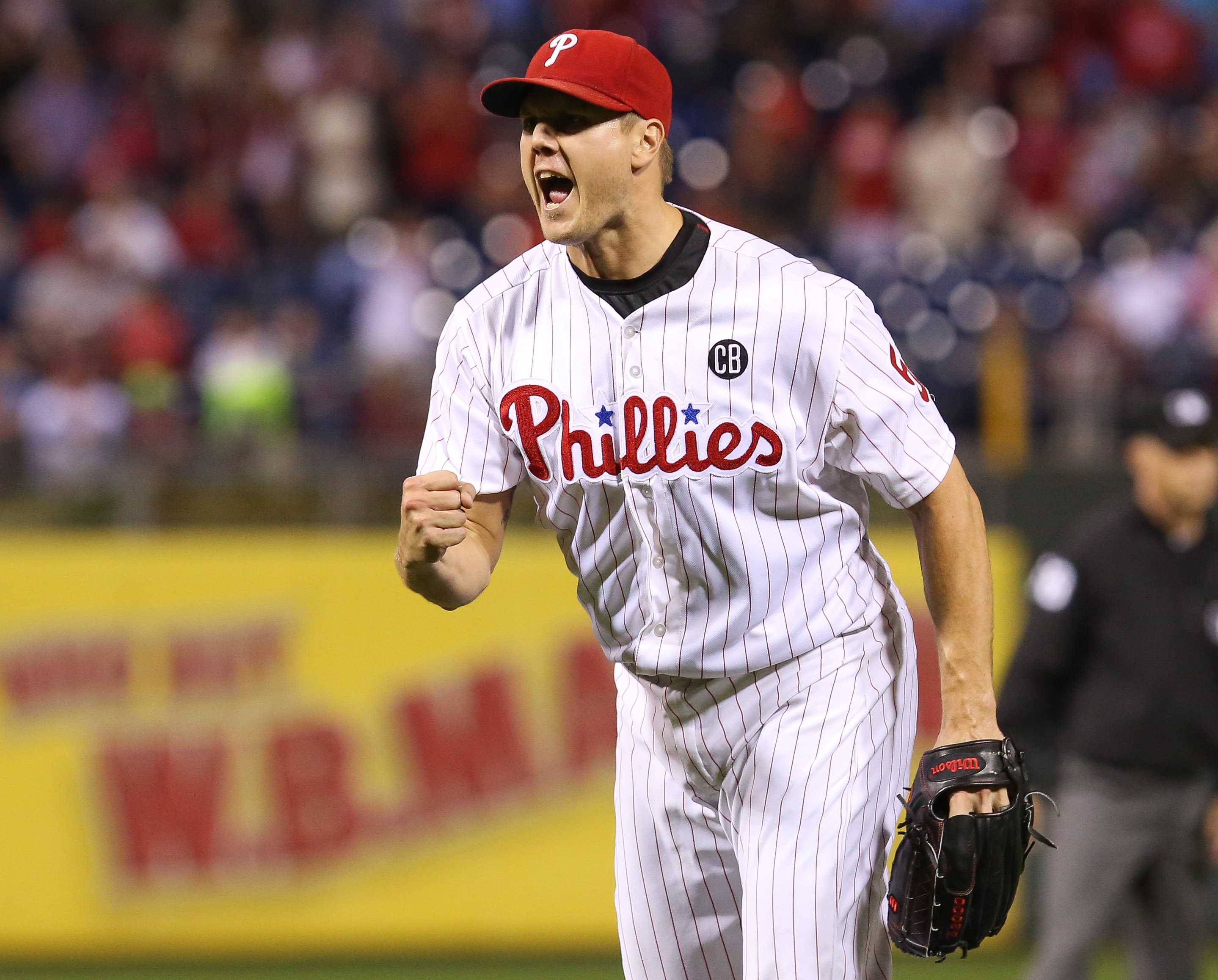 Whenever Philadelphia Phillies closer Jonathan Papelbon speaks, it’s probably worth listening just for moments like Saturday. Following an impressive outing against a Toronto Blue Jays team he’s been linked to all offseason in trade rumors, Papelbon was asked all of the questions you would expect following a pitcher’s spring debut.

The answers were what you’d expect as well. Papelbon feels healthy. He’s strong. He’s hitting 93 on the radar gun. Basically, he’s ready for the bell to ring and the season to get underway.

Then the talk turned to the next inevitable set of topics: How does Papelbon feel about the trade rumors, and what does he expect out of the Phillies this season? To which he responded with the following courtesy of CSN Philadelphia’s Jim Salisbury.

“We’ve got a pretty good vibe going in this clubhouse, the best vibe I’ve seen since I’ve been here,” he said. “That’s exciting. It’s a little bit of a different feel, the attitude, the camaraderie, all that. It’s not just one thing.

Naturally, Papelbon’s comments have people talking, though it’s mostly people trying to decipher if he’s being serious or performing some Grade A trolling.

If you’re at all familiar with Papelbon, you know the latter is the safest bet. He’s not afraid to throw curveballs on the field, and he seems to enjoy throwing them at the media even more. In fact, it was just two weeks ago that Papelbon said he wasn’t sold on the rebuild and was annoyed at being in limbo. Maybe somebody changed his mind, or maybe there’s something to be said for a veteran attempting to instill confidence in the younger players.

Either way, what might not feel like a total rebuild now certainly will once the Phillies find a deal for Cole Hamels. He’s the most valuable piece they can offer by a wide margin, and chances are he won’t last beyond the July 31 trade deadline. Papelbon sits one tier below along with names like Cliff Lee — if he’s healthy — and Chase Utley, and then there’s Ryan Howard and so on. The Phillies want to rebuild. That much became clear when general manager Ruben Amaro Jr. shipped Jimmy Rollins to the Los Angeles Dodgers, so all of those names are on the block.

And they should be, because even if the Phillies were focusing on 2015, the roster is too old, too beat up and too expensive to make a run. Not with the Washington Nationals setting the pace in their division, and not with the New York Mets and Miami Marlins climbing back to respectability. There are not enough wins to be found in that division.

Papelbon is smart enough to realize this. He’s just getting people talking, knowing full well that his days in a Phillies uniform are likely numbered. Perhaps even less than 28 days. Just about everybody at the ballpark Saturday acknowledged that his first spring appearance coming against Toronto felt like more than a coincidence. With the Blue Jays shutting down closer candidate Brett Cecil with shoulder inflammation, the pursuit of an experienced option makes a lot of sense, and there was no better time for Papelbon to be showcased.

It’s anybody’s guess when a trade will come, but there should be no question that Papelbon will be long gone by the time the Phillies contend again.