You are here: Home / Basketball / Carmelo Anthony looks ready to shut it down after the All-Star Game 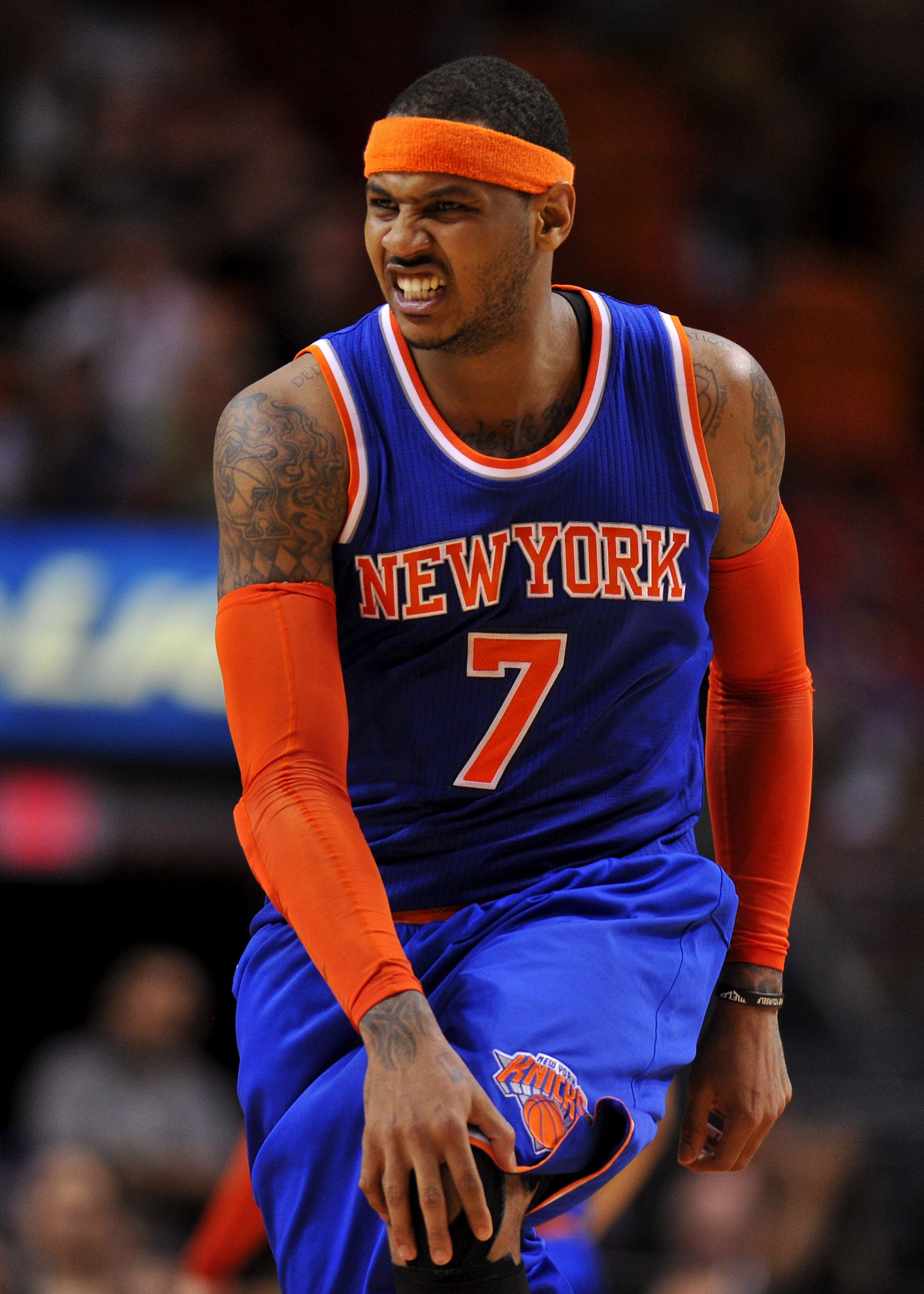 New York Knicks star Carmelo Anthony figures to be one of the most visible faces at this All-Star Weekend. His team is one of the official hosts of the weekend, and Melo is the sole member of either the Knicks or Nets to have a role in Sunday’s main event. He will wear many hats, both literally and figuratively.

If it ends up being a busy few days for Anthony, then at least he figures to have a long time to rest — not just the All-Star Break, but likely a few months. In an interview with ESPN Radio, Melo suggested that he’s going to shut himself down for the season very soon. Ian Begley of ESPNNewYork.com has more:

“It’s very likely. It’s very likely. Now I’ve got to start thinking about the future,” Anthony told Marc Stein, Marc Kestecher and P.J. Carlesimo in an interview on ESPN Radio. “This season is this season. So I really want to just sit down with my team and sit down with the proper people to just kind of plan this thing out and see exactly what I have to do to get done and just to fix it.”

The Knicks’ leading scorer and franchise player has been dealing with soreness in his left knee for months. Anthony aggravated the injury in Monday’s loss to the Miami Heat and sat out Wednesday’s loss to the Orlando Magic. […]

The eight-time All-Star also reiterated on Thursday that if he undergoes a surgical procedure to fix his knee, it won’t interfere with his offseason workout schedule.

“That’s why if anything was to get done, I want to get it done right away so I’m not taking time and missing training camp and things like that,” Anthony said. “When I come back to training camp, I want to be sharp.”

Melo can say that he would stop playing to make sure he does his rehab right, but that decision is a little easier to make given that the Knicks have very little reason to risk further injury for the sake of wins. At 10-43, the only thing to decide is who can contribute in the future and where they will end up in the draft lottery. Playing Melo doesn’t help either of those concerns.

The decision should not come as much of a surprise. Melo said in January that he didn’t want to shut things down any time soon, but the All-Star Game was still a ways off and it would have been poor form to set a season-end date so far in the future. The numbers don’t lie — he has missed 13 of the Knicks’ 53 games and has not been so impactful that his presence is entirely necessary.

There is no shame in packing things up for the year. The Knicks are going nowhere, Melo turns 31 years old in May, and even his personal brand (if you consider that important) is not going to be affected by playing or not playing. No one loses here, except for the Knicks who figure to take the court until mid-April.