The baseball past of Seattle Seahawks quarterback Russell Wilson has been covered extensively since he led his squad to a Super Bowl victory in 2014. However, when the third-year signal-caller attempts to repeat his impressive feat on Sunday, he’ll have to beat another QB with a baseball past, New England Patriots star Tom Brady.

Yes, the certain football Hall of Famer had some pretty interesting options coming out of Junipero Serra High School in San Mateo. Naturally, he was a star quarterback in high school, which drew the attention of several major college football programs, including the University of Michigan. But he was also a standout baseball player, following in the footsteps of Serra graduates Barry Bonds and Gregg Jeffries.

Good enough, in fact, that long-time MLB scout John Hughes talked the Montreal Expos into drafting the left-handed hitting catcher in the 18th round of the 1995 draft. Hughes added that had it not been obvious that Brady was going to Michigan to play football, he would have been a fifth round selection with a promising outlook.

“I think he would have been a pro,” Hughes said. “He had all the intangibles. He could throw, left-handed power. There is no reason to think this guy couldn’t have been a big league catcher.”

Given Brady’s leadership, game management skills and the accuracy with which he throws the football (deflated or otherwise), it should come as no surprise that he was a catcher. In watching him pick apart defenses every week, it’s also clear that he studies, anticipates and sets up opponents as the game progresses. Those are all qualities that translate well to baseball and quite honestly separate the great catchers from the really good catchers.

For Brady, though, it all just came naturally.

“He looked like someone who belonged in a professional sports locker room,” Hughes said. “It was not like he was boastful or anything like that. I look at him on TV today and I’m like, ‘This is the same guy.’ “

“To this day, in all my years of scouting, Tom is still the most impressive high school kid I’ve ever been around,” Hughes said. “Just the person, the way he carries himself. What you’re seeing now, obviously, he is more mature. But it’s not a drastic change. He just had this presence.” 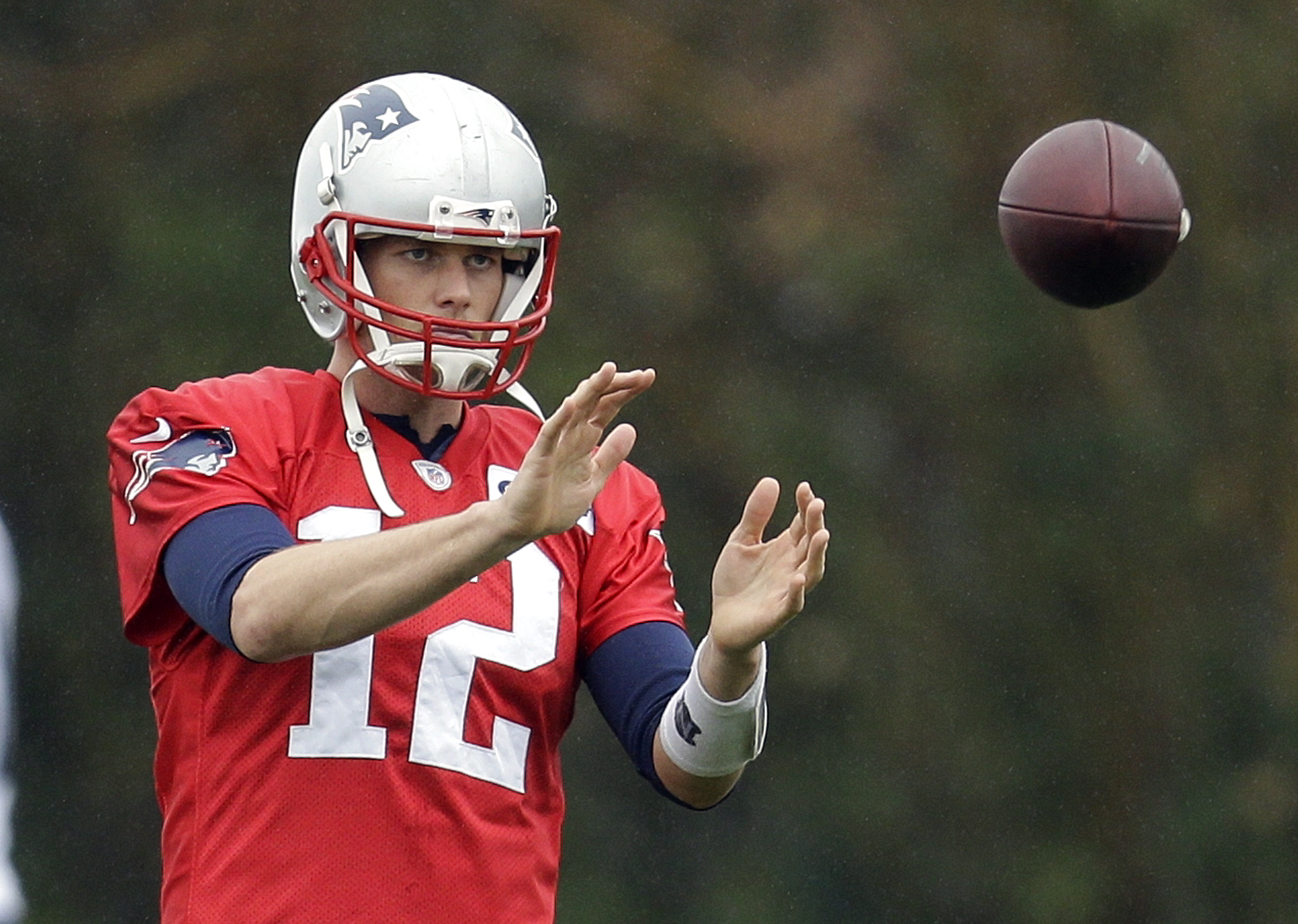 Now a scout with the Miami Marlins, Hughes is also quick to point out that it wasn’t just leadership or preparation that set Brady apart. He had skills in abundance, and he once puts those skills on display in a memorable workout at old Candlestick Park.

“It was one of those nights you get in San Francisco in Candlestick Park,” Hughes recalls. “It was foggy, wind was blowing in. It was cold. I think Tom hit one out of the park, but the ball wasn’t going anywhere.”

Unfortunately, Brady never played an NFL game at the site of his workout. When the Patriots visited San Francisco in 2008, Brady’s season was already over after a Week 1 knee injury. That prevented what would have been a pretty cool “full-circle” moment, but we’re guessing he’s quite satisfied with the legacy he’s building.

We’re also guessing he hasn’t once wondered what life would have been like as a baseball player.

Because for the last 20 years there has always been another football game to prepare for.