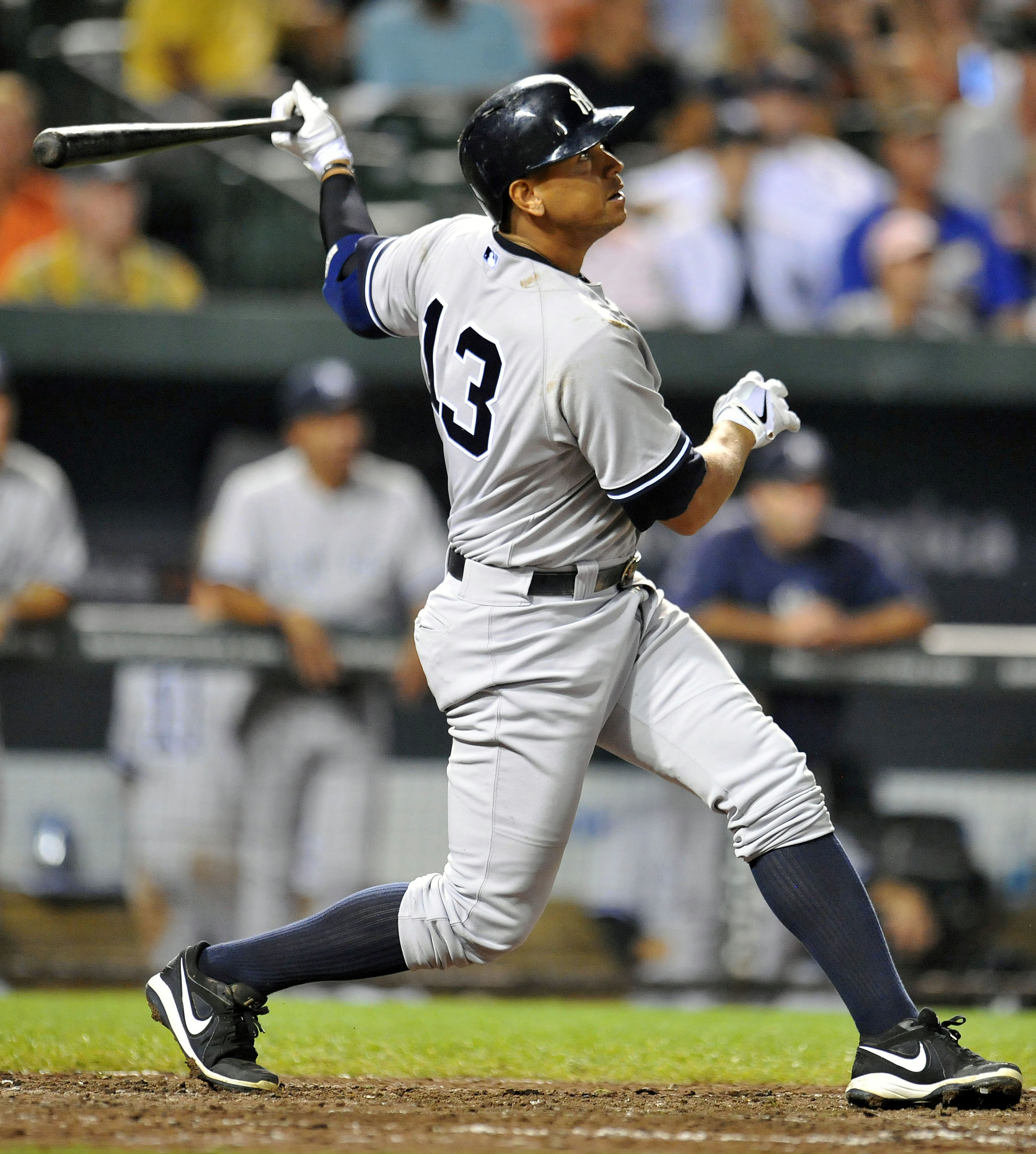 The New York Yankees certainly imagined a different future when they signed then-superstar Alex Rodriguez to a 10-year, $272 million contract in 2007.

They weren’t thinking about PED suspensions and tabloid turmoil. They were thinking of the ultimate long-ball spectacle — A-Rod chasing the all-time home run record in Yankees pinstripes, and how much attention it would bring them.

This is proven by the “milestone” incentives in A-Rod’s contract, which pay $6 million with every MLB home-run titan he passes on the all-time list.

He gets $6 million when he passes Willie Mays, another $6 million each if he passes Babe Ruth, Hank Aaron and Barry Bonds. The last three likely aren’t in A-Rod’s target, as he sits at 654 homers, but Mays certainly is. A-Rod needs seven homers to move past Mays, become fourth on the all-time list and collect $6 million.

Only, the Yankees don’t intend to pay A-Rod those bonuses if they come to pass. According to a report from the New York Daily News, the Yankees “intend to fight” A-Rod on the milestone bonuses, basically because he cheated to reach these home-run heights and everybody knows it. From the Daily News:

The Yankees, however, now view the marketing bonuses as worthless and invalid, according to sources, the result of Rodriguez’s suspension for violating the game’s collectively bargained drug policy and his scorched-earth attack on baseball and the Yankees. The club plans to do battle with its onetime superstar over paying the bonuses, and is prepared to fight Rodriguez if he files a grievance with the Players’ Association …

The deal was considered unique for the Yankees and was tied to Rodriguez making public relations and promotional appearances as he pursued the milestones. These kinds of marketing bonuses are not allowed in the standard player contract, according to the game’s Basic Agreement, which is why there was a separate contract.

Now, the Yankees will argue that Rodriguez signed the agreement under false pretenses and has rendered the marketing opportunities worthless based on years of lies, deception and, finally, admission to DEA agents last year that he had paid $12,000 a month to Anthony Bosch for steroids and other performance-enhancing drugs.

The Yankees, you have to figure, hope that A-Rod just shuts up and goes along with their plan — that he’s so happy to be owed $61 million over the next three and that he’s learned his lesson from trying to fight the Yankees and MLB. Otherwise, it’s hard to imagine their “nope, we’re just not going to pay you” stance holding up in front of a judge — unless there’s specific language in his milestone contract that requires him to be clean and not get suspended.

There’s a bigger issue here, though: What sort of relationship are the Yankees hoping to have with A-Rod? There was another story over the weekend about how the Yankees blew off A-Rod’s attempt to apologize for his antics. The Yankees aren’t planning for a ton of contributions from him on the field, either. At best, he’s going to be their designated hitter this year, but nobody outside from A-Rod thinks he’s going to play third base.

Is he worth it? Is having an aging, hip-replaced, hasn’t-played-in-a-year circus sideshow named Alex Rodriguez going to help the Yankees more than it hurts them? Maybe if the Yankees themselves showed any faith in A-Rod, things might feel different. But right now, if this latest piece of A-Rod gossip is indeed true, it seems like the Yankees just want to make things worse.