You want to know which teams will win the semifinal games for the first College Football Playoff? Can Ohio State stay hot and beat Alabama? Will Florida State shake off a season of close calls and beat Oregon?

I have run the numbers through my algorithm (based heavily on the yards-per-play metric) to evaluate the offense and defense of every College Football Playoff team and predict the winners. Here’s the rub…

Ohio State answered many questions, especially on defense, with its 59-0 blowout win over Wisconsin in the Big Ten Championship Game. Quite simply, the Buckeyes played their best game of the season.

The Buckeyes defense entered the game ranked 30th in my numbers. They showed a particular weakness against the run with a rank of 51st in yards per carry adjusted for schedule. 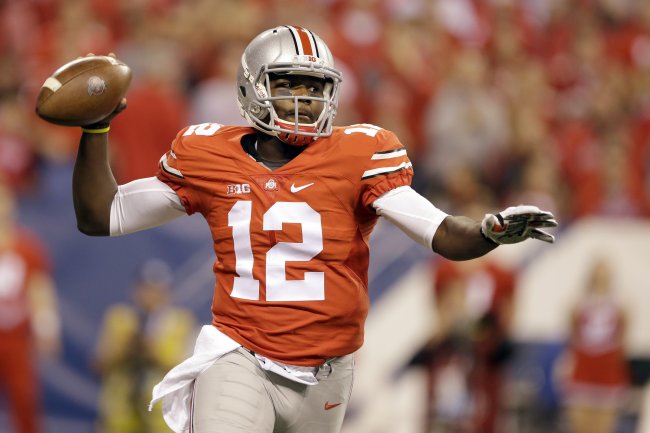 However, Ohio State held Wisconsin running back Melvin Gordon to 2.9 yards per carry (76 yards on 26 carries), effectively ending his hopes for the Heisman Trophy. As a result, the Buckeyes’ rush defense rose from 51st to 32nd after the game and the defense overall rocketed up from 30th to 14th.

Ohio State faces an Alabama offense that is surprisingly better at throwing than running the ball. On the ground, Alabama ran for 5.38 yards per carry, not much better than the 4.97 college football average. After adjustments for schedule, Alabama ranks 20th in rush offense.

However, the Crimson Tide have the third-best passing offense in the nation. Quarterback Blake Sims has completed 65 percent of his passes and wide receiver Amari Cooper recorded an amazing 115 receptions and 14 touchdowns. Sims and offensive coordinator Lane Kiffin should have their way with Ohio State’s defensive backs. 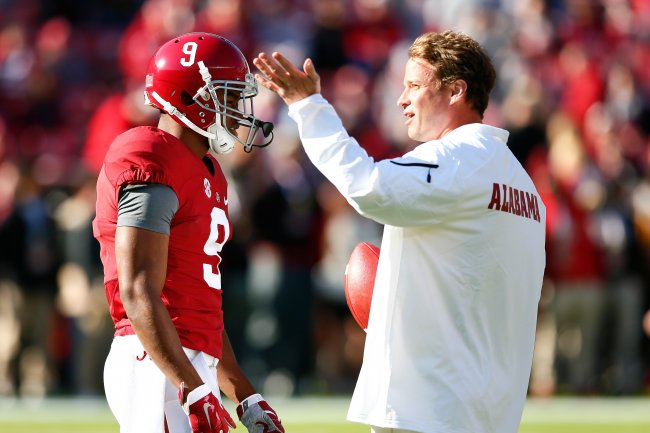 Unsurprisingly, Ohio State’s biggest question mark is third-string QB Cardale Jones.  Jones was able to keep the machine moving in the Big Ten Championship Game, as he threw for 257 yards on 15.1 yards per attempt and kept Ohio State’s offense ranked second in the nation.

However, one should question whether Ohio State’s offense will be this good when Jones makes the second start of his career against Alabama. We have just 34 pass attempts for Jones this season, far too few to be certain that he can maintain the success that J.T. Barrett had with the offense.

Because of this uncertainty over the quarterback, I adjusted Ohio State’s rating by three points in predicting the College Football Playoff. This drops Ohio State from a five-point to eight-point underdog against Alabama, very close to the betting line of nine points.

As a result, Alabama has a 66 percent chance to advance to the championship game.

Despite its undefeated record, Florida State struggled through its ACC schedule this season. The Seminoles went 7-0 in games decided by a touchdown or less. However, win percentage in close games is a poor predictor of how a team will perform in future close games.

Does Florida State have a chance against Oregon? It does, and it’s because of Oregon’s defense.

Oregon’s defense ranks 29th based on my yards-per-play metric adjusted for schedule. This is a significant drop-off from its ranking of fifth last year. Additionally, Oregon won’t have injured Ifo Ekpre-Olomu, an excellent cover cornerback who would have matched up against Florida State’s top receiver Rashad Greene. 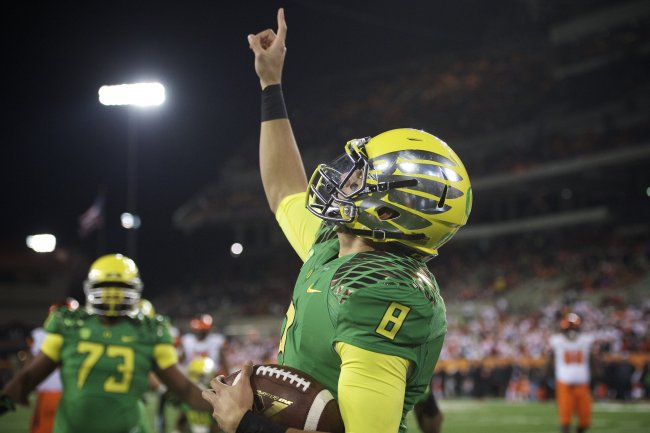 Simply put, Florida State and QB Jameis Winston should be able to score points against Oregon’s defense. And they must, because the Seminoles’ defense has struggled all season.

After spending the last two seasons in the top five, the Seminoles have dropped to 35th in defense this season. They are weak against the pass (50th), mostly because the pass rush has sacked the opposing quarterback on 4.1 percent of pass attempts, far below the 6.0 percent average. They face QB Marcus Mariota and a Oregon pass offense ranked first in the nation.

Florida State has fared better against the run and ranks 22nd in rush defense. However, defensive tackle Eddie Goldman has an ankle injury. He’ll probably play against the Ducks, but the entire defense will struggle against an elite offense in Oregon.

Oregon has a 78.9 percent chance to advance to the championship game.

Based on numbers available right now, Oregon has the highest probability to win the College Football Playoff at 47.1 percent. Alabama has the second-highest chance at 37.7 percent. If the two teams were to meet in the championship game, my analytics favor Oregon by 1.3 points, although this could change with more data from the semifinal games.